The Weekend of Friends and Smoothie Bowls

A couple of weeks ago Nico, a friend from Paris, visited. We woke up to a grey and cold Saturday morning and had breakfast at home.

Later that day, Nico and I ventured out of the house. We went to the Pijp neighbourhood, as she wanted to do some shopping.

After getting in and out of several shops and becoming increasingly tired, we found refuge at Cottoncake, a shop-plus-cafe. Quite some time since I had been there last! We found a table by the window, sat down, and it soon got warm and cosy.

We ordered turmeric+ginger latte and were absolutely delighted by the sweet and spicy taste. Nico went for American waffles, I decided to go for the smoothie bowl. Smoothie bowls were what I wanted to prepare at home for breakfast but somehow ended up making omelette and salad.

After some more shopping in the area followed by a glass of wine at Le Baravin, we went for dinner and did not reach home until past eleven. Needless to say, we slept like rocks that night. 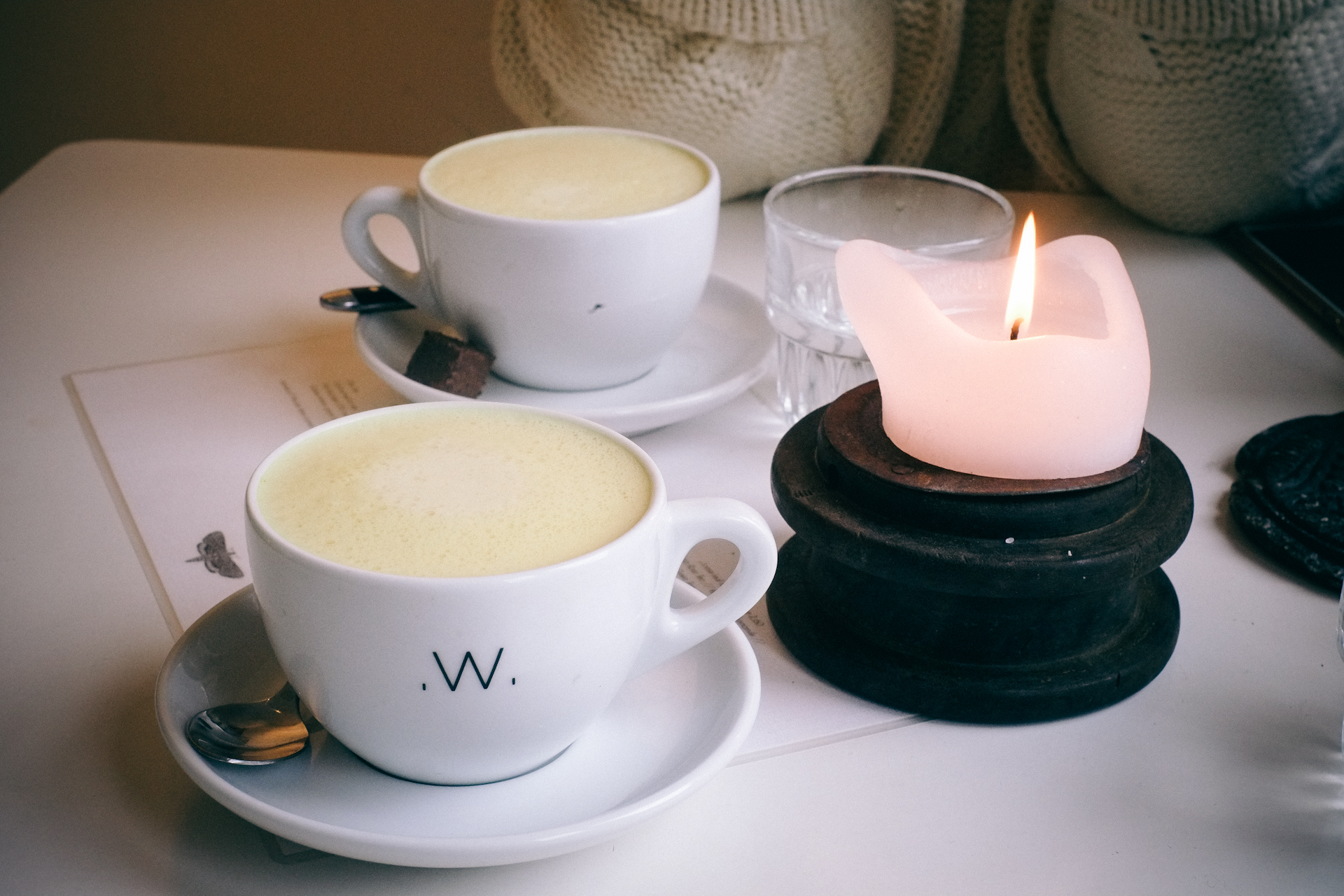 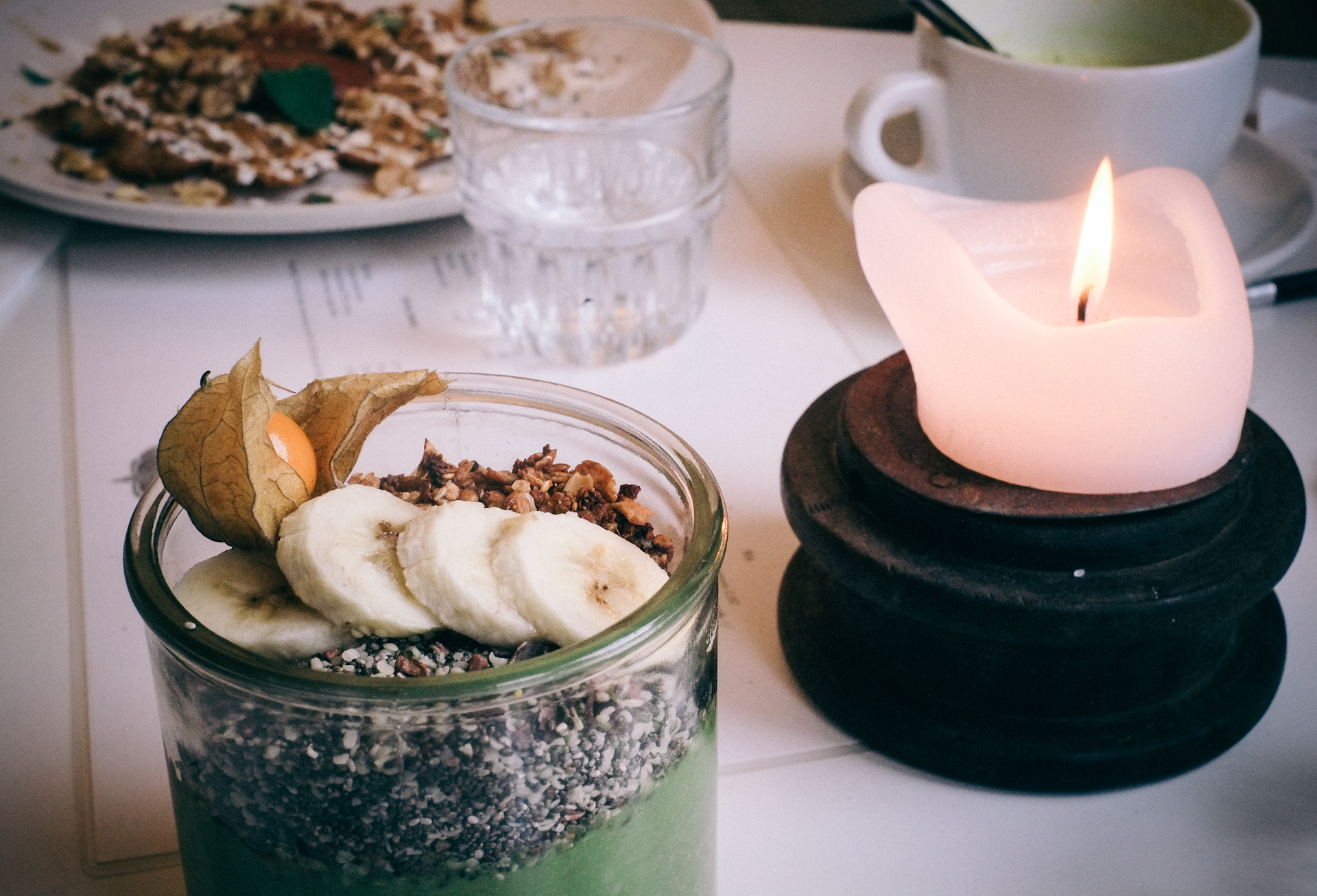 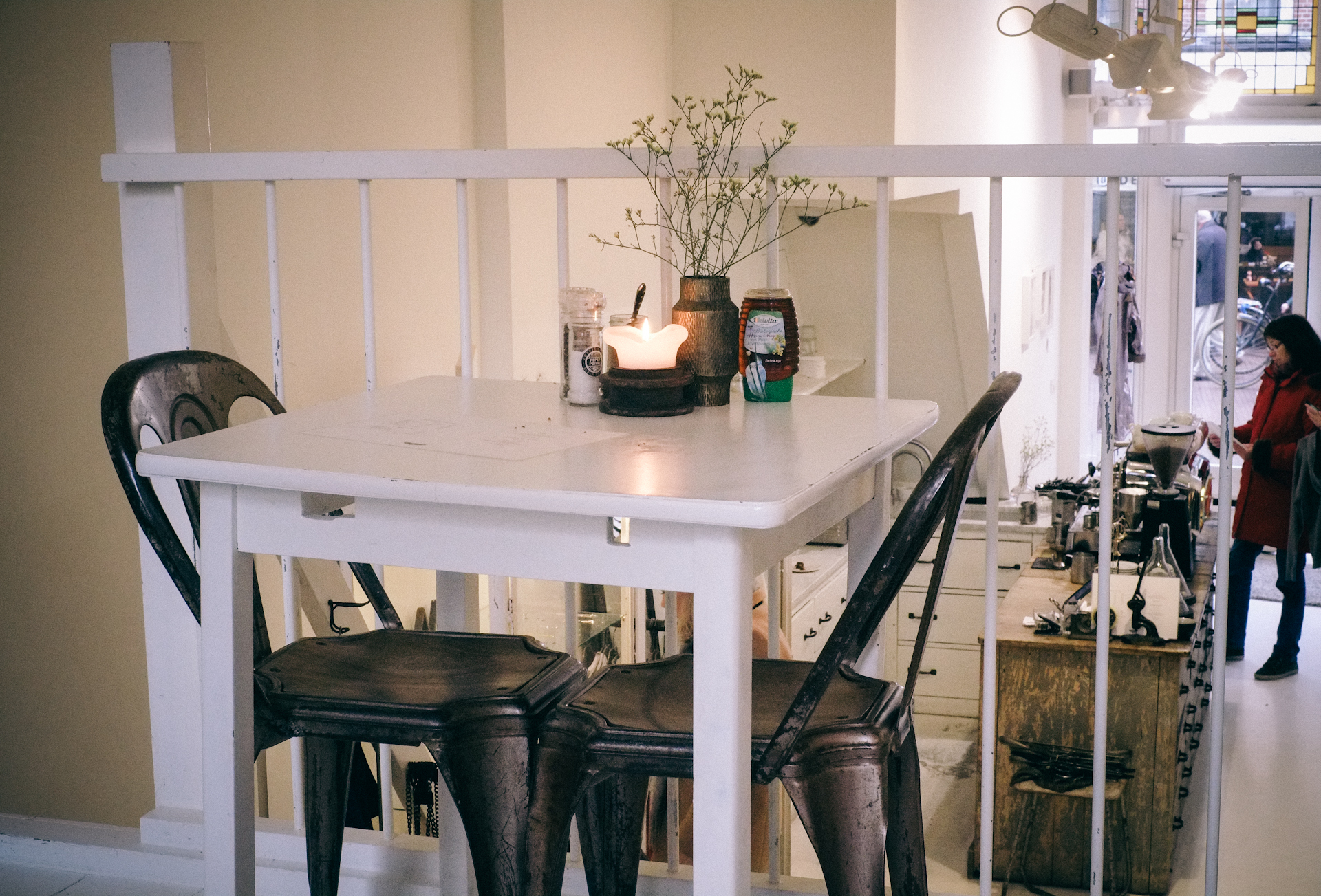 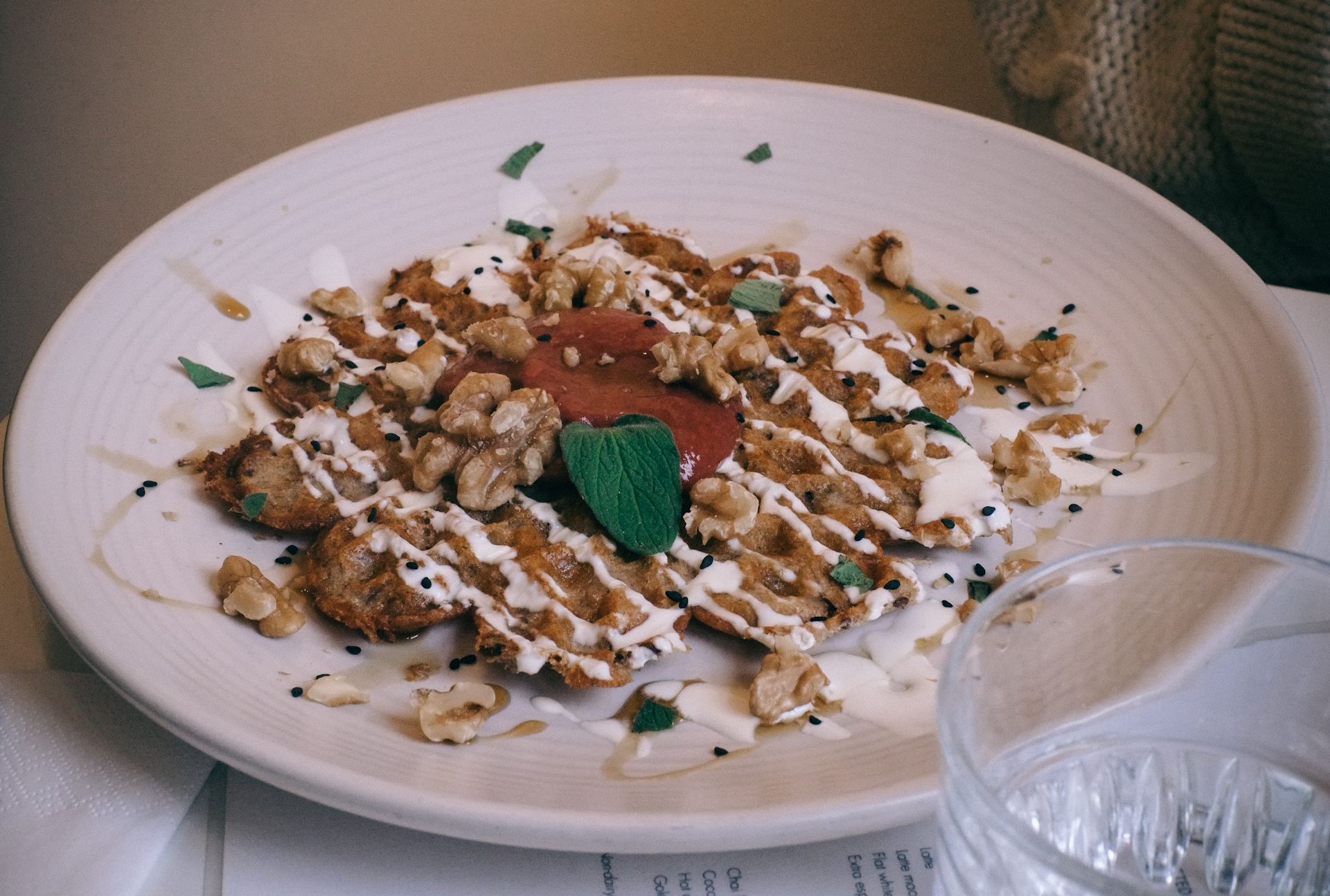 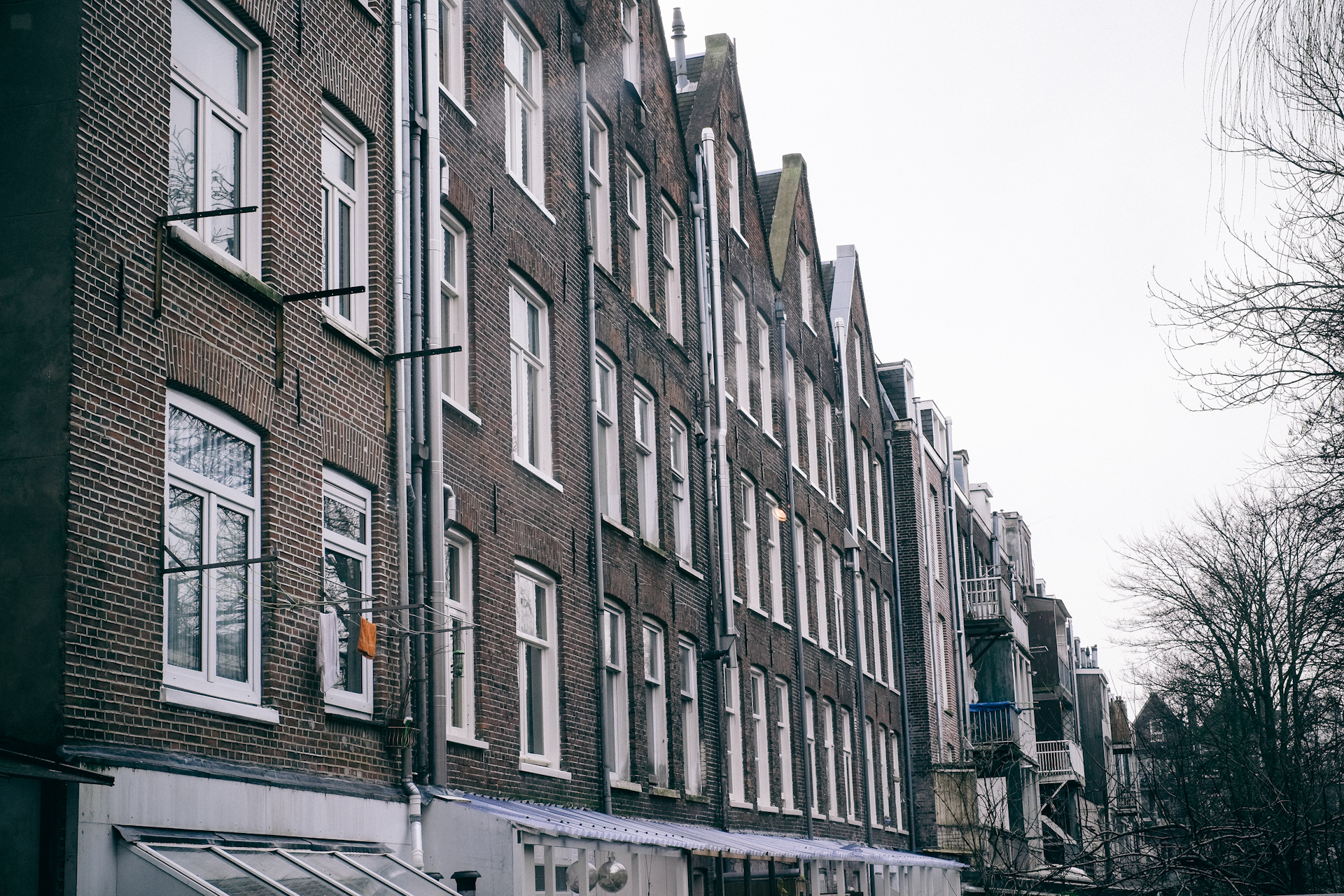 On Sunday morning, we finally made the mango+spinach smoothie bowls for breakfast. Nico loved it, which made Tom and I some happy hosts.  It felt good to see the sun back in the sky, after several days of absence. 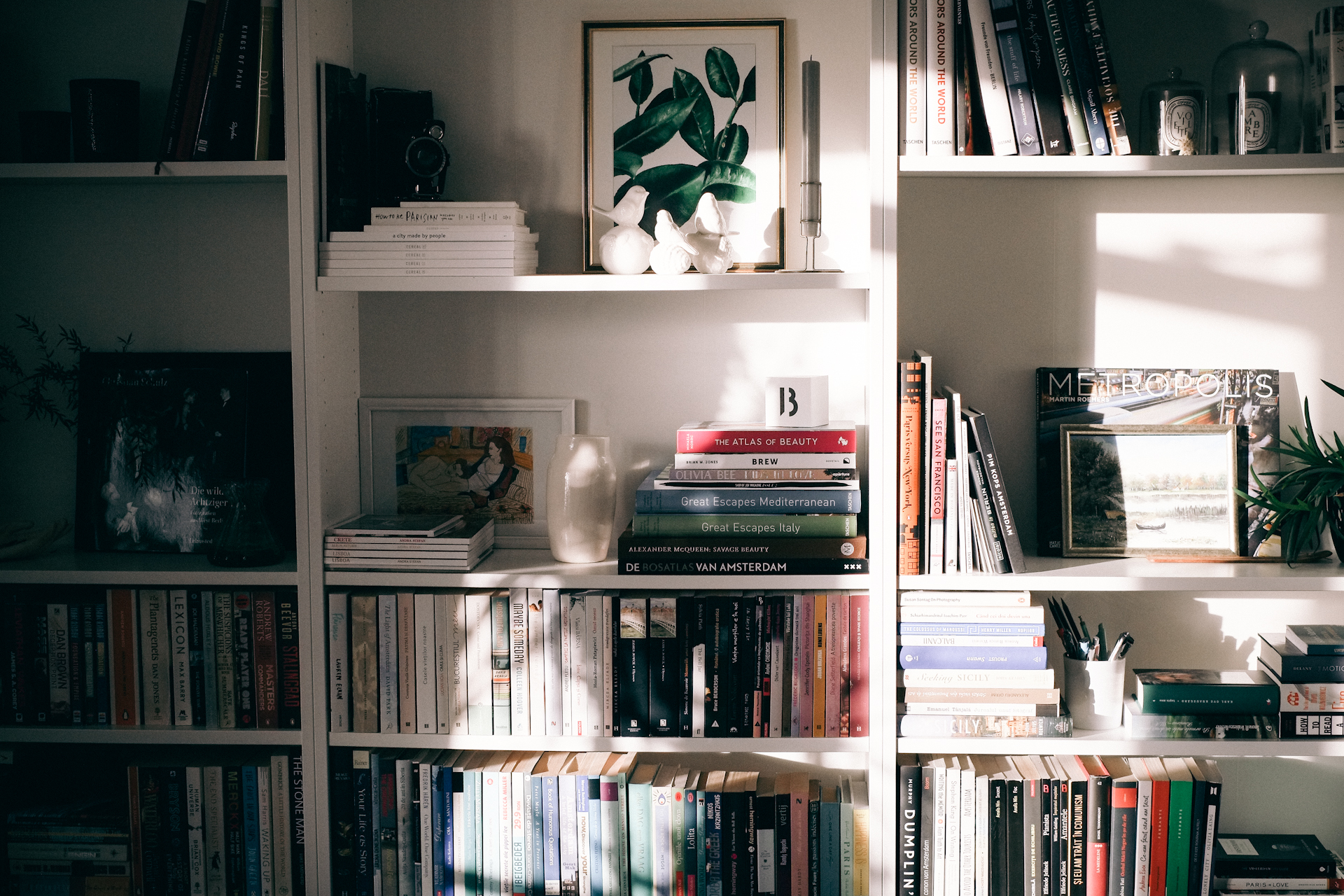 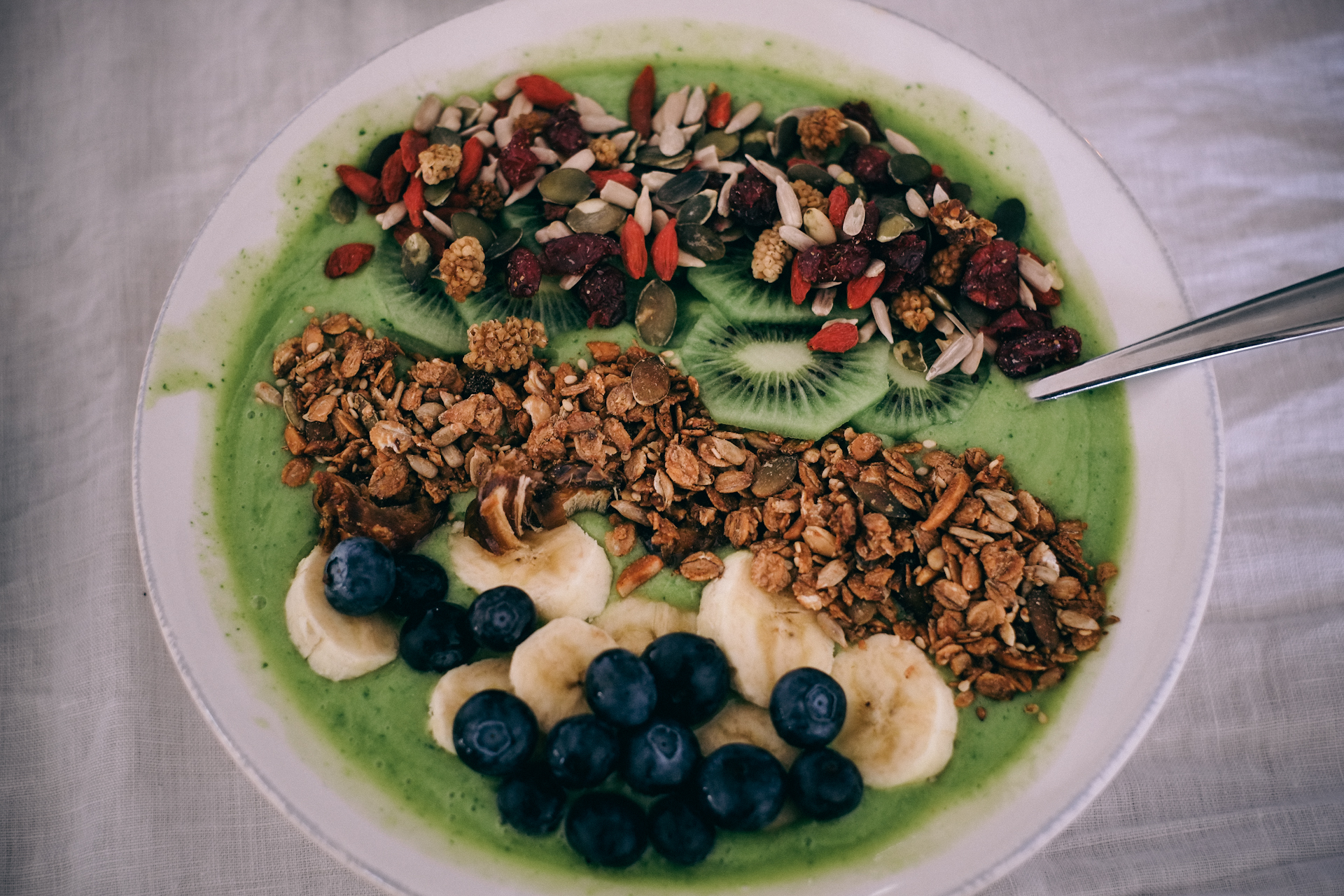 The neighbourhood choice for the day was Oud-West, where we were supposed to do more shopping and also meet another friend who was visiting Amsterdam that weekend.

Nico took me to The Gathershop where I almost lost my mind sampling the various fragrances for both house and skin. I ended up getting the Patchouli Sweetgrass room spray and the Amber & Blackberry oil perfume. They both put me in such a good mood each time I use them!

We met Dragos for lunch at the nearby Coffee Room, where we found a nice table outside, in the sun. Dragos, who had just left Amsterdam beginning of December last year to move back to hometown Bucharest, had a lot of stories to tell us. So there we were, three Romanians, one living in Paris, one in Amsterdam, and one repatriated to Bucharest, talking and laughing maybe a bit too loud, nevertheless having a great time. What did Dragos have for food? A smoothie bowl of course, which, to our amusement, came ornated with rose buds. “Are these edible?” Dragos wanted to know. He ate them anyway.

Both Dragos and Nico left Amsterdam soon after, which made me feel both sad because they no longer lived in Amsterdam, and happy because it was Amsterdam that brought us together in the first place.

And bringing us back time and time again.
Loved the weekedn with you honey 💕💕.
Looking forward for the next weekend 🙂

The Weekend of Friends and Smoothie Bowls