13 years ago we were walking side by side along Magheru Boulevard, in Bucharest. I can still remember his words: “Andra, people break up all the time.” Back then, change and I were enemies. Endings were bad, beginnings were good, and continuity was the only road I was eager to follow. “I have this feeling that our lives will interfere again many times in the future,” he added. He was right.

More indirectly rather than directly, Dragos is the person who made my moving to Amsterdam possible. I wouldn’t be here if it weren’t for us to meet in Bucharest 13 years ago – as simple as that.

But his influence on my life doesn’t stop here. When we met back then, Dragos introduced me to a world I was soon to find fascinating – a world of beautiful music, theatre, unpretentiousness, populated by characters – his friends – embracing their flaws with pride, sharing secrets and fears with no shame. It pretty much set a standard for me, although, at that time, I was just as scared of this as I was intrigued.

What I liked about Dragos then are the same things I like about him today. Give him pouring rain and he will dance in it. Tell him something is useless and he will give you a reason why it is not. Check your social media when you meet him and he will tell you you suck. Tell him an inconvenient truth and he will ask for details. There is no dead end but also no easy way out with Dragos. I once called him my most unfriendly friend, although the word I was probably looking for was genuine.

Our friendship – like any time enduring relationship – has had its fair share of lows. It all culminated when we didn’t speak to each other for almost two years, and that’s recent history. But then I got a message from him one day, saying pretty much what I’ve written in the beginning of this paragraph, and I knew we would be all right again. It also made me appreciate him even more.

Dragos once told me he saw me as one of those people who could do whatever they set themselves to do. That came in a time when I was rather insecure, but it helped to know that I could make such impression. It also made me start believing that.

He is still amused by my way of looking at life, when I see things not exactly in a pink shade, but definitely more alluring than some people see them. I once told him about me sitting in a cafe in Bucharest, with a guy I liked a lot yet who was not sure if he still liked me just as much. One of those dates when you show up with a beating heart even though you know the end is near. And there we were, in that cafe close to Universitatii Square, at a table, talking, looking at each other, me and that guy. The guy was probably telling me words which were killing me on the inside, yet I could not help but gaze at the beauty of that scene: his curls, the candle lit interior, the old fashioned furniture, a curtain undulating at the window, just behind my cruel companion. A cinematic view of my own life, which makes memories stronger and gives them a well deserved significance. But to Dragos this might come across as a bit too much. And this attitude of his when confronted with such details is just as amusing to me as my way of embellishing things is to him.

No point then in telling him about the candles flickering at his back, inside that cafe where we had a glass of wine on our first encounter after those two years of silence. Or about the doves flying over Admiralengracht as we were brunching at Radijs, in his part of town, this past Sunday afternoon. Two more scenes in my movie.

Needless to say he got his own copy of my book, The Loft on Antillenstraat, since he is one of the characters in it, one who made my living in that magic place possible. 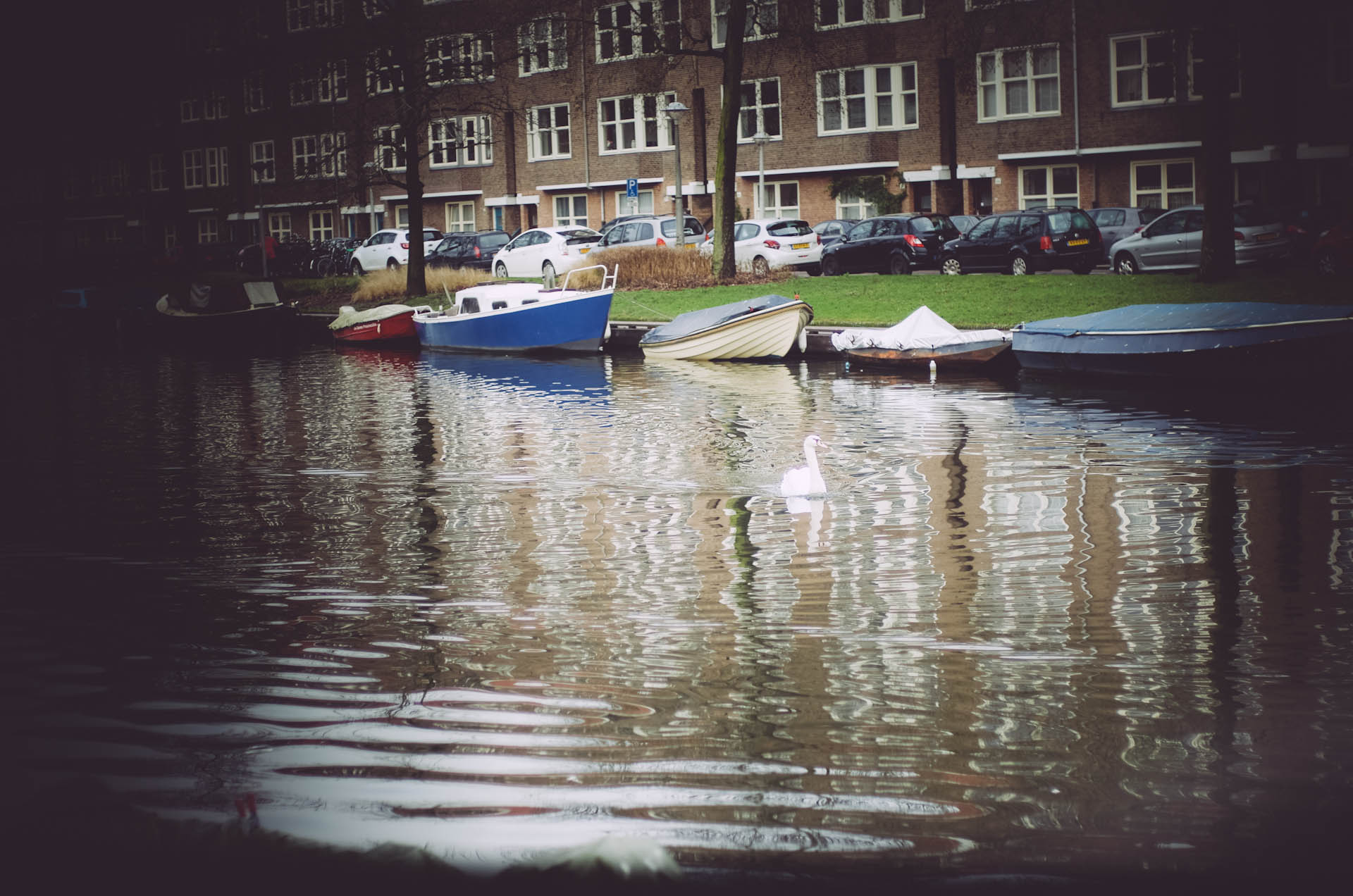 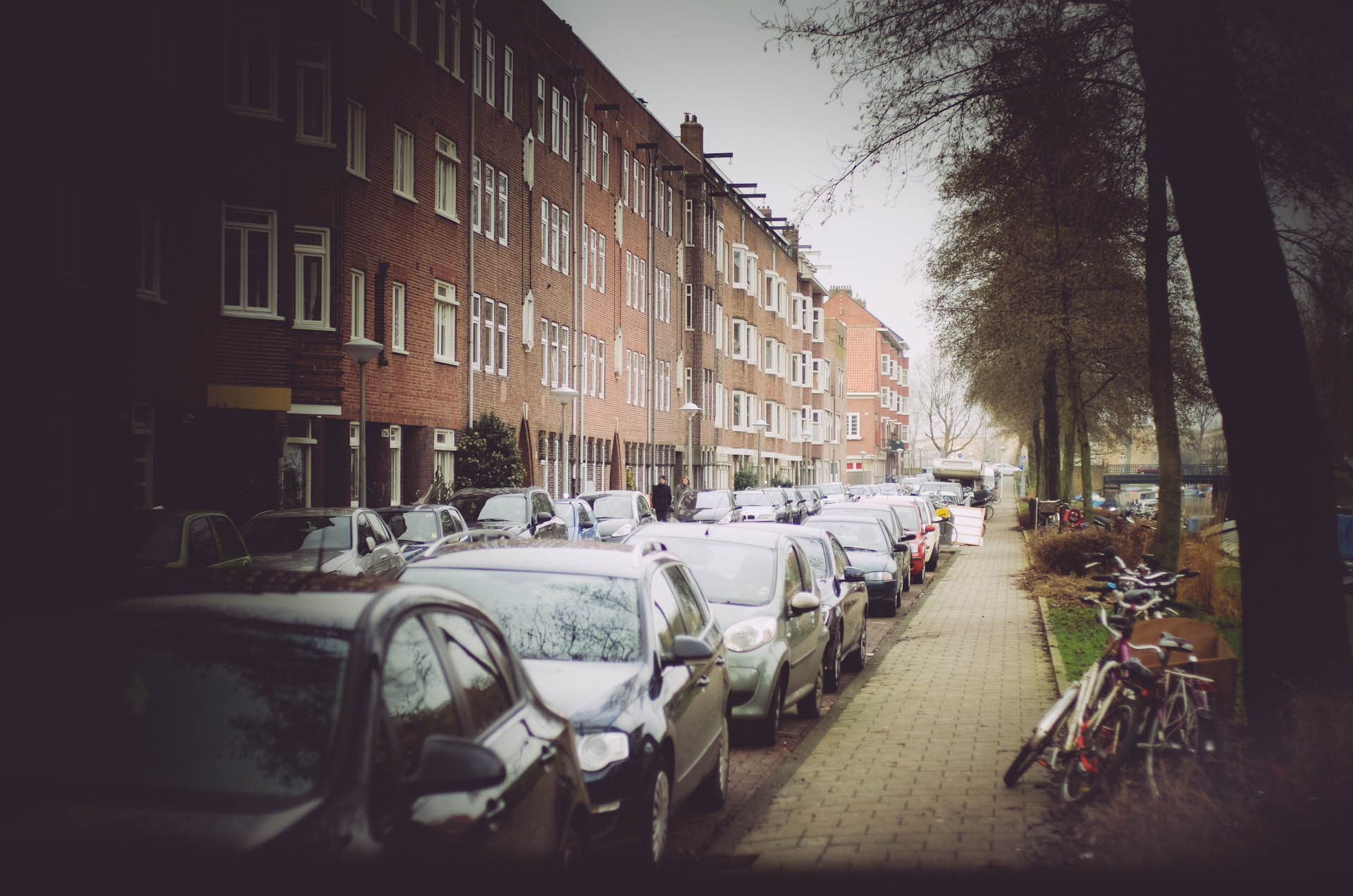 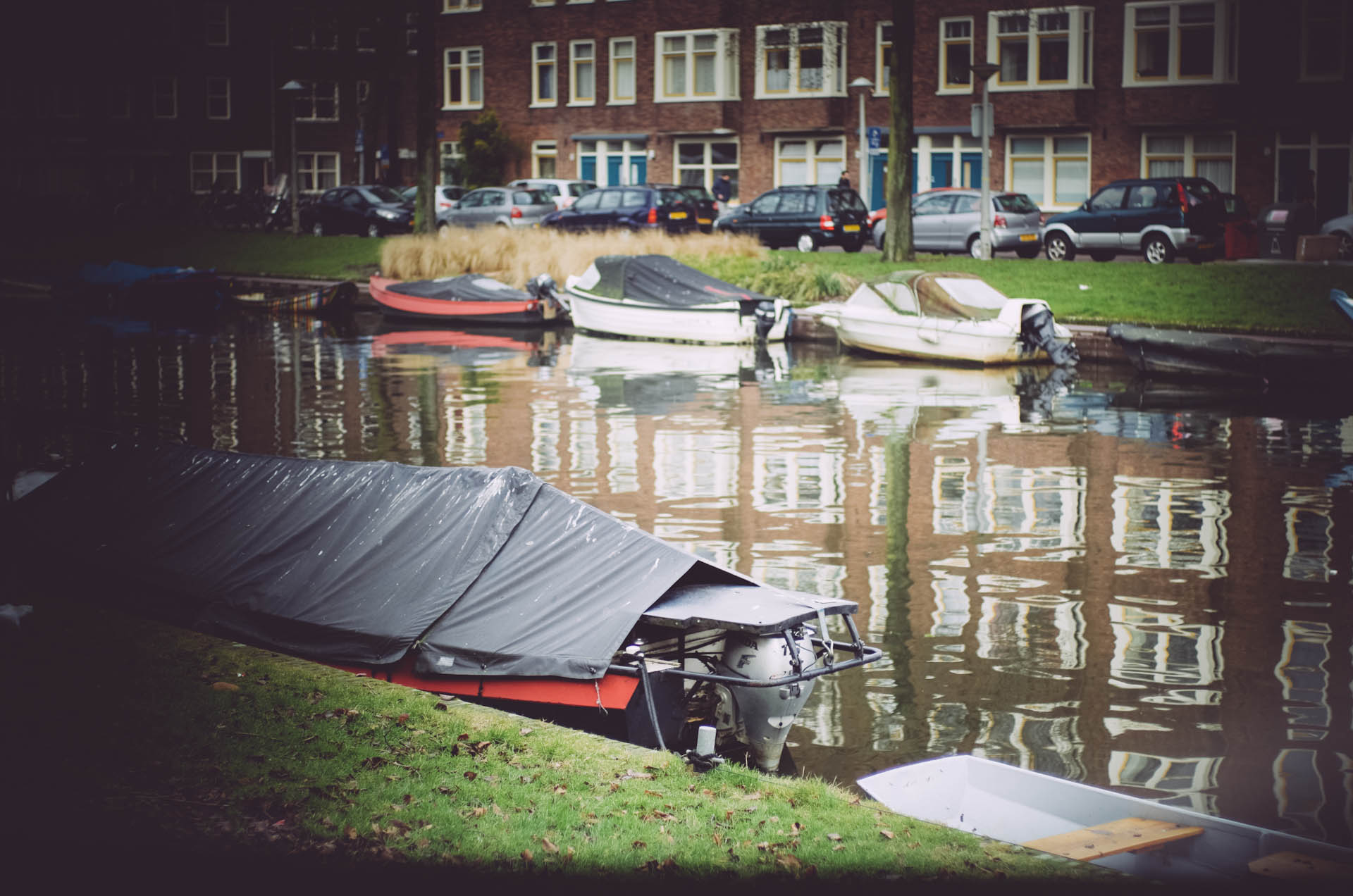 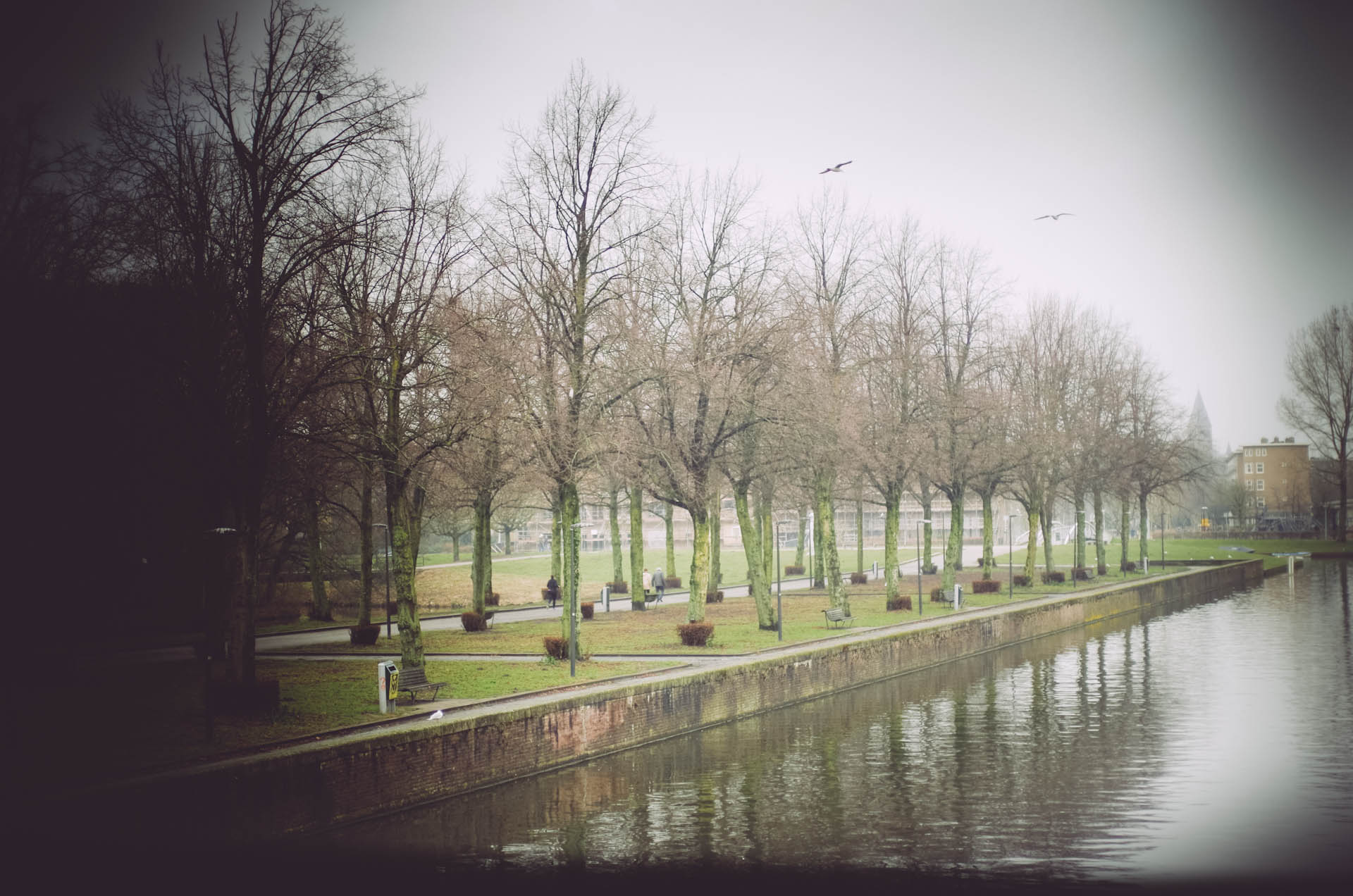 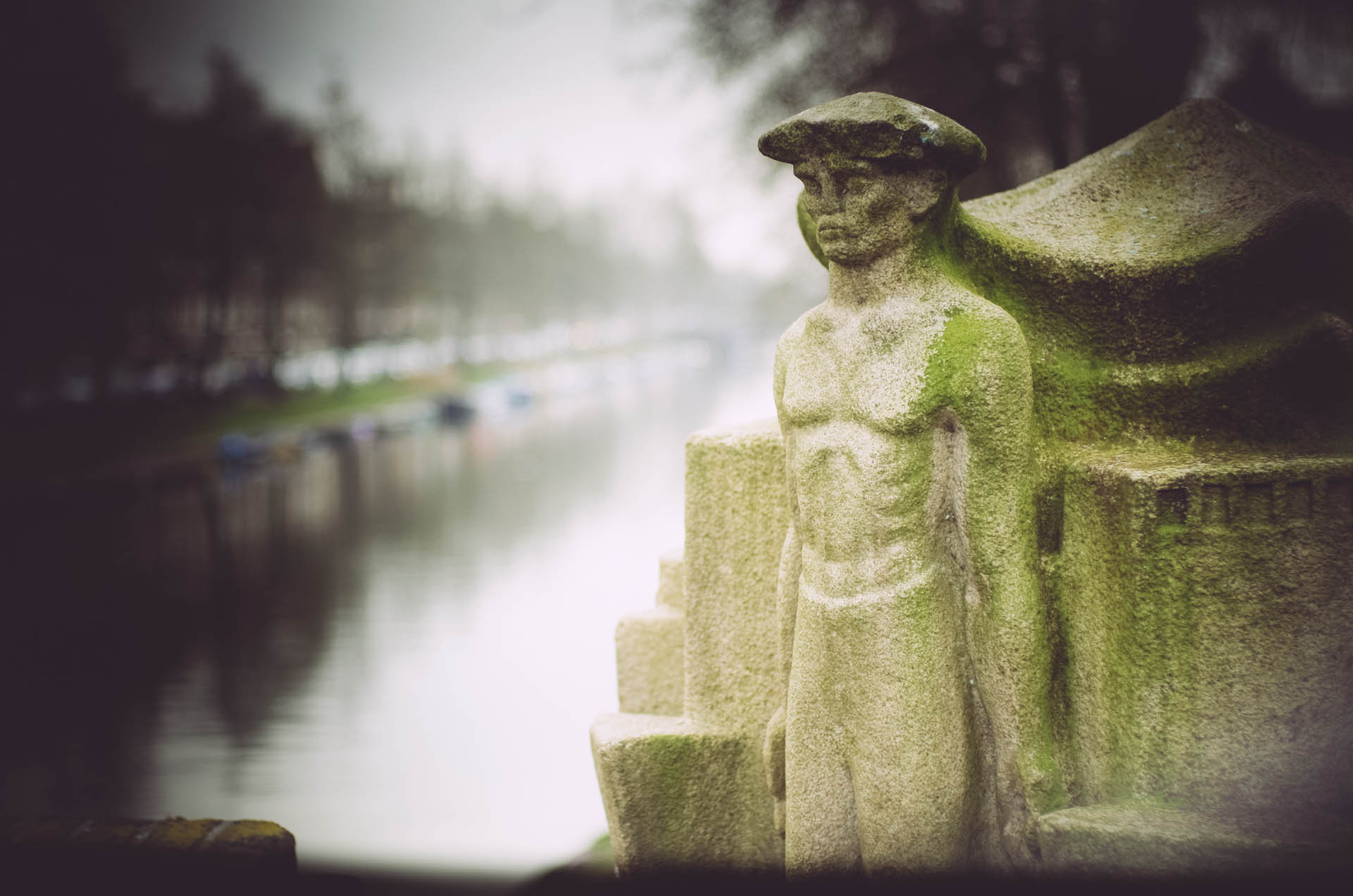 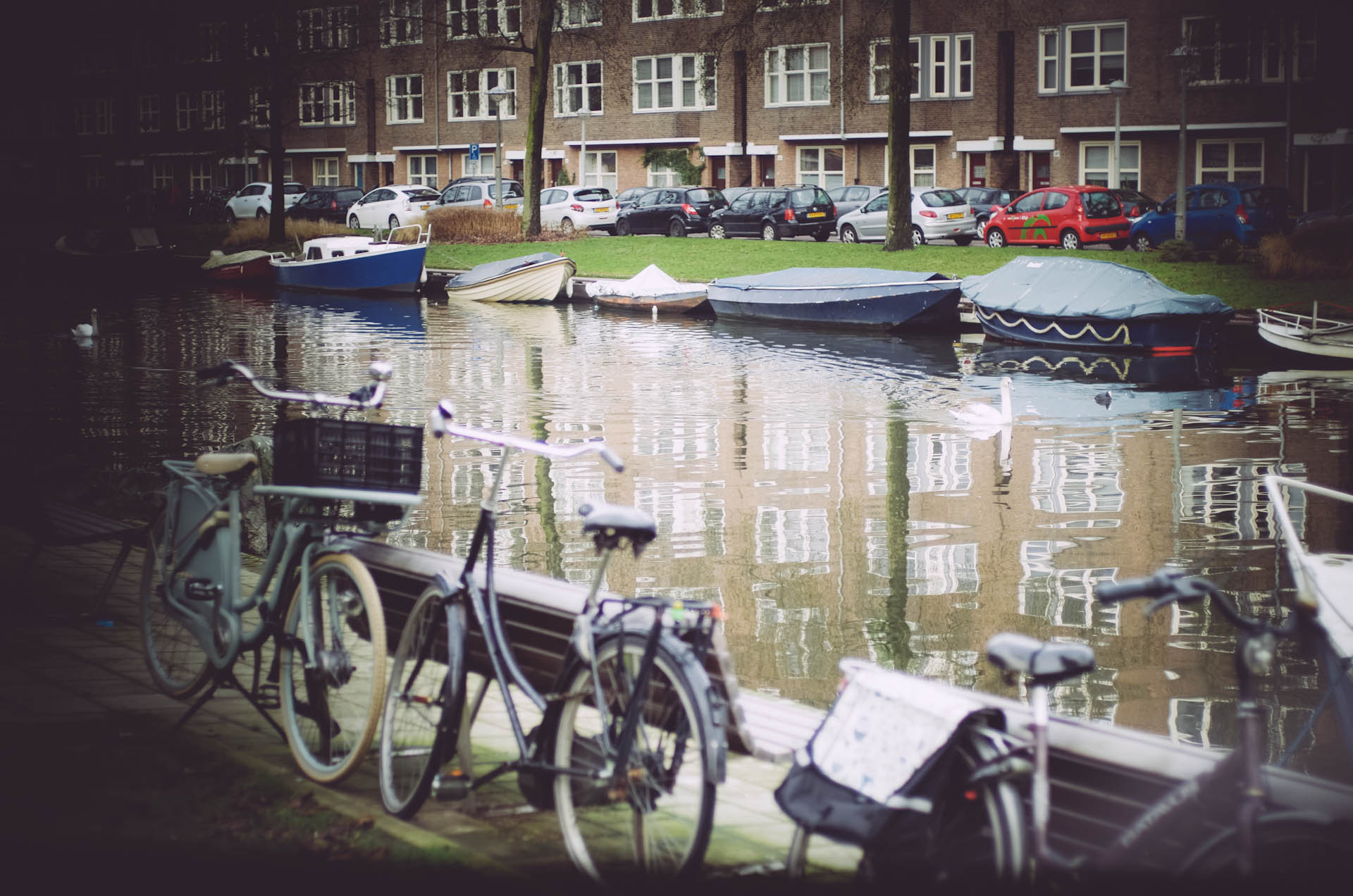 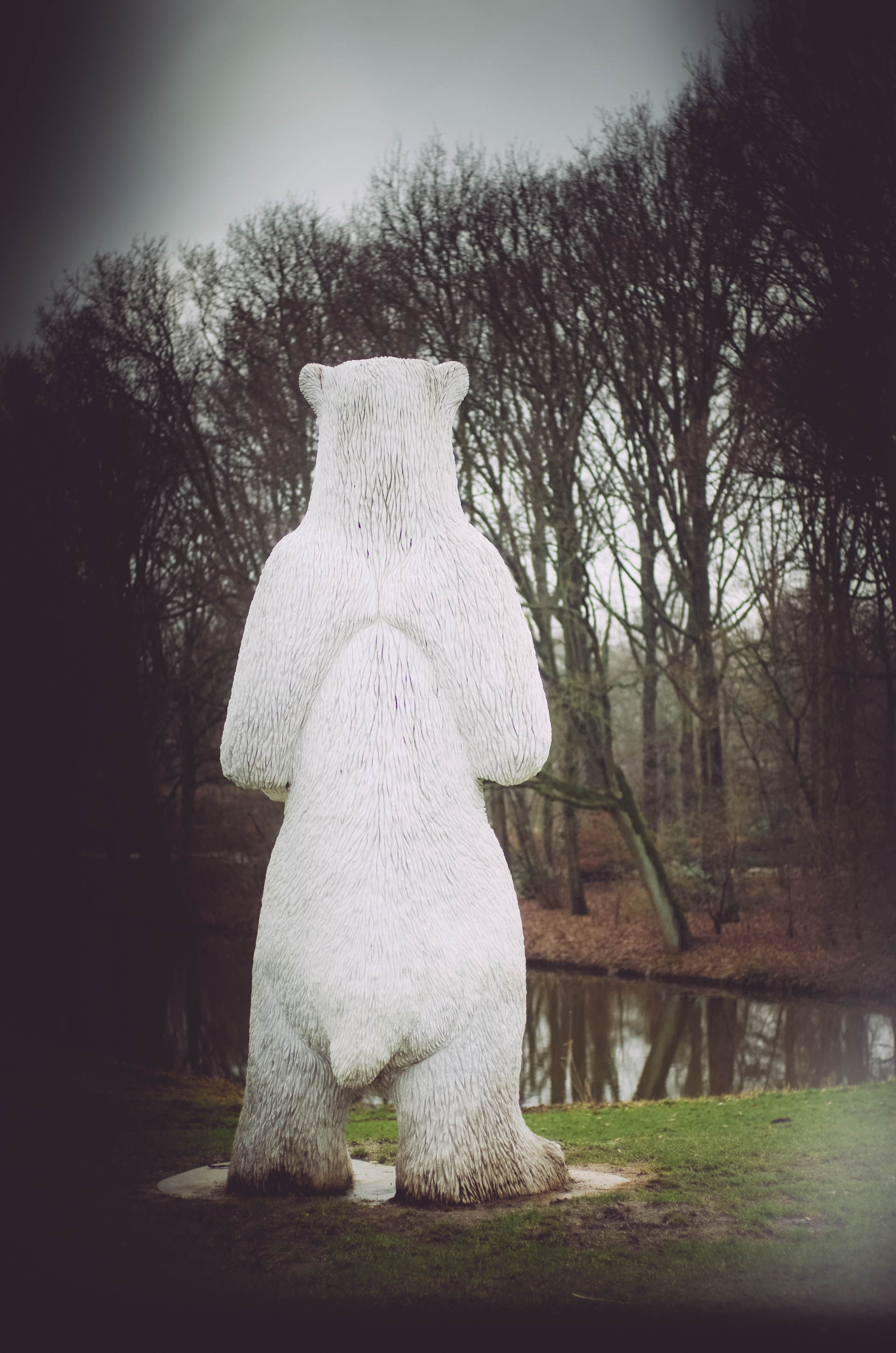 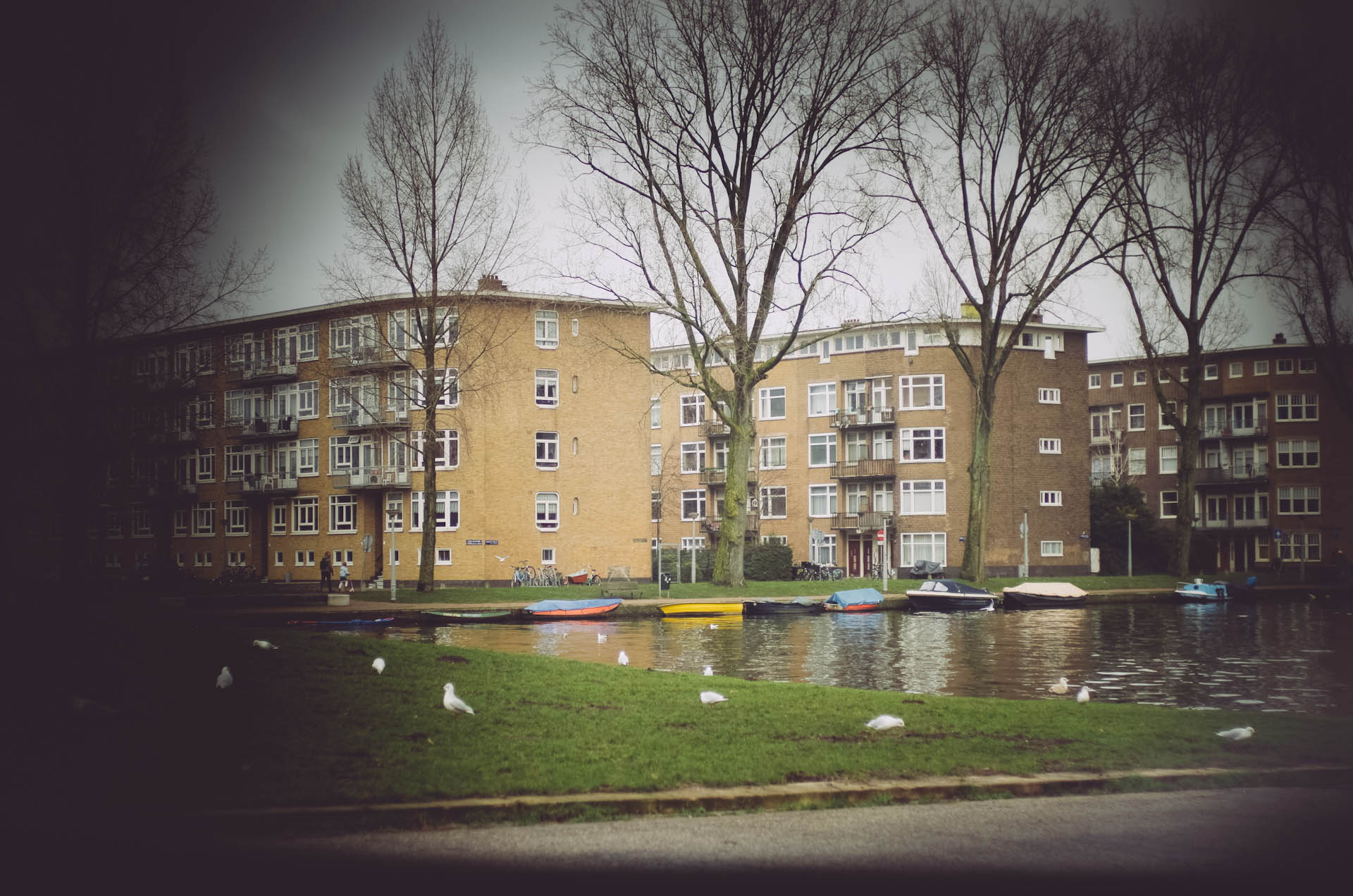 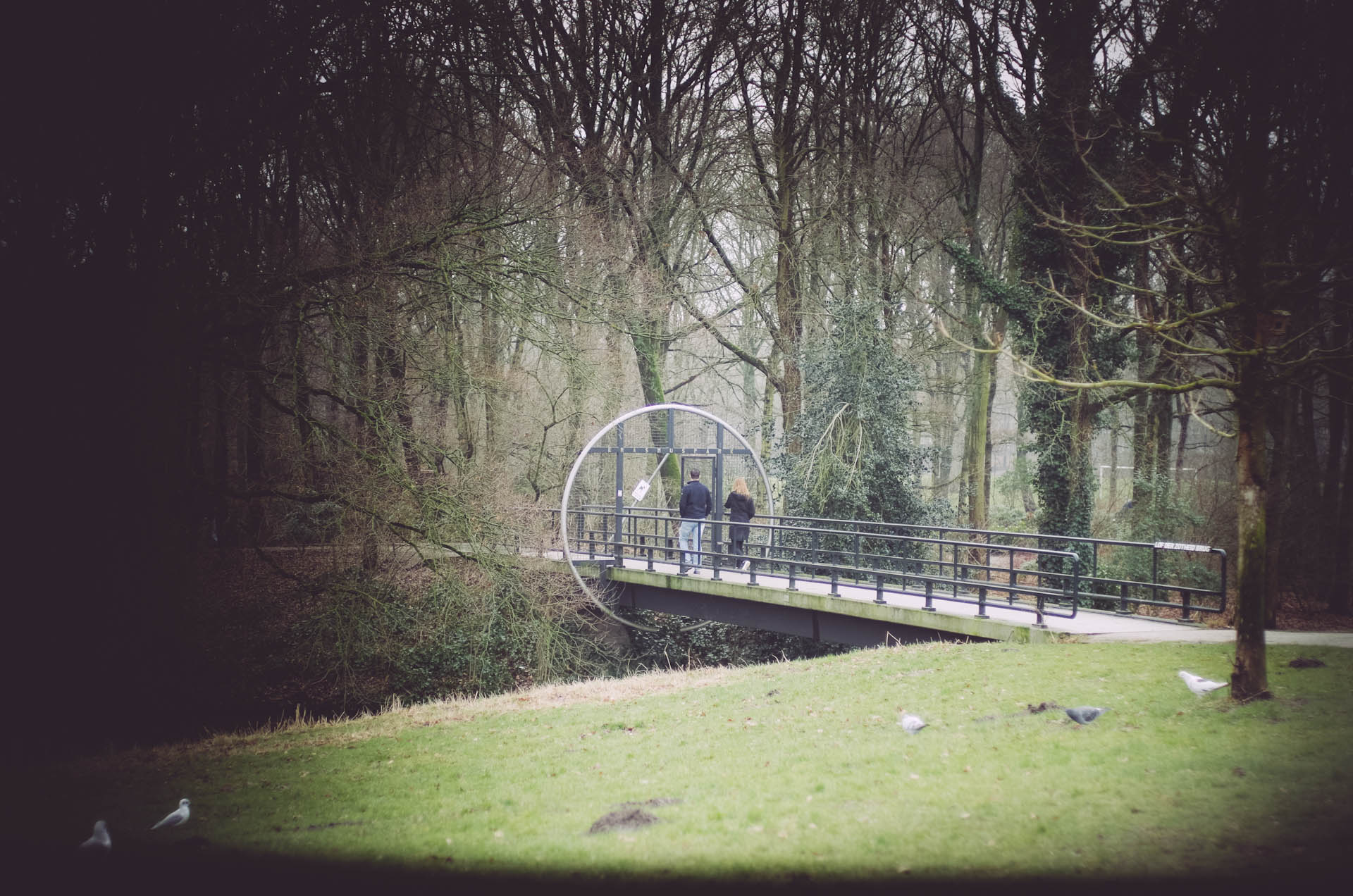 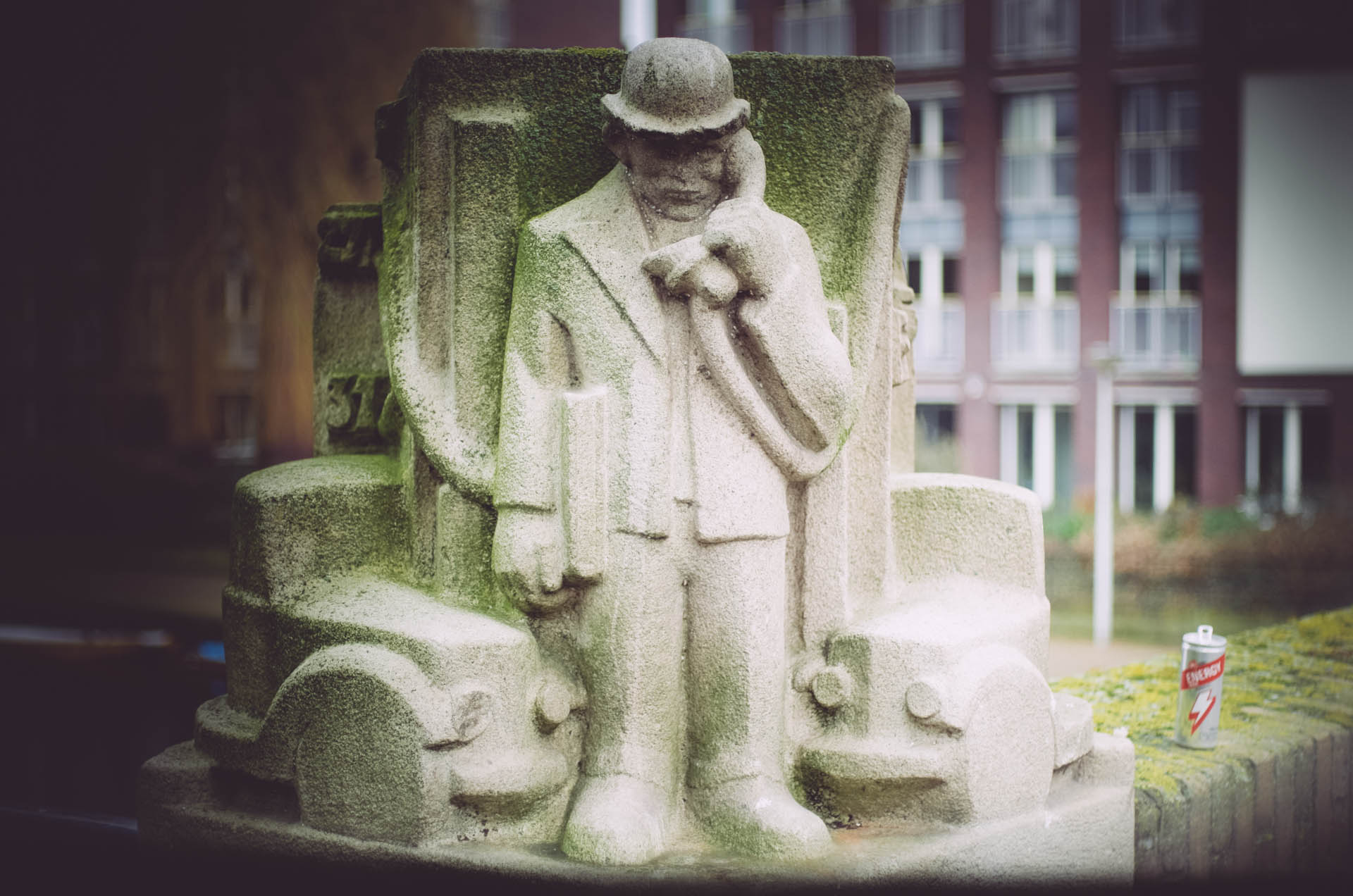 Great post, great writing style. Though it feels a bit shallow to comment on that with such a deep post, but I definitely wanted to read everything from beginning to end to see how the story unfolded. 🙂

Thanks Niki, I am happy you liked it! Especially because sometimes I get the feeling people don’t want to spend more than 5 seconds on a post. So thanks for reading! 🙂

This was probably the most powerful blog post I have ever read. Thank you for sharing your story. It’s funny the timing.

One year ago today I’ve met for the very first time my Amsterdam :). Not in Bucharest but in Cluj. One of the things he told me at that time was that people tend to come, and go and come back again in your life after awhile. Like you, I hated change, I wanted for things to be constant, defined and in place. Naive me :). I’ve had my share of Amsterdam with him for a little while, appreciated his taste in art and music…fell in love and after that in the horrifying silence. Probably the most awful silence I’ve lived in my entire 27 years.
But somehow we found our words and even if we’re not what we used to be one year ago we’re still finding each other once in a while and keep in touch from time to time.

I don’t know what future holds and how things will turn out, but I’m glad and it gives me hope to see that things have a way to figure themselves out. And to see that Amsterdam indeed has a magic power :).

Thank you so much! I’m happy that I can share this and get such reactions through my writing.
I think relationships are like that, they always have this amazing power to recreate themselves and bring us places we would have never imagined. The saddest thing though is when, through an anomaly, they simply die, as if they never even existed. That is just not good. 🙂

I had no idea you wrote a book! How did you publish it? I’ll make sure to order one these days! 😉

It is a self-published book via Blurb.com It is a compilation of things I wrote in my first 2 years in Amsterdam, sort of an expat book but not really. 🙂 I am curious to see what you’ll think of it after you read it.

Really liked this piece of writing, Andra. I am a big believer of the positive impact we can have in each other’s lives. And this made me actually think about how special you are for noticing. Because just the ability of noticing others is not for everyone, let alone grasping the deepness of the message some people embody. Moreover, one needs to be rather courageous to let someone in, and have that sort of an impact in your life. This being said, long live the Andras and the Dragos of this world!

Ana, your comment made me blush! 🙂 But I have to admit you are right. I am really happy that I can look at the world like this, it almost feels like a movie, where each character has a part to play, a contribution to bring. Long live the Andras and the Dragoses of this world! 🙂

A Day in the Life of… Dragos, in Mercatorbuurt  – Amsterdamming Reply

[…] my friend is at the shower, I take some pictures of the apartment. It’s been years since my last visit, but the place has never looked better. “I placed the sofa and turntables in the middle to […]