Memories from the Danube Delta (I) 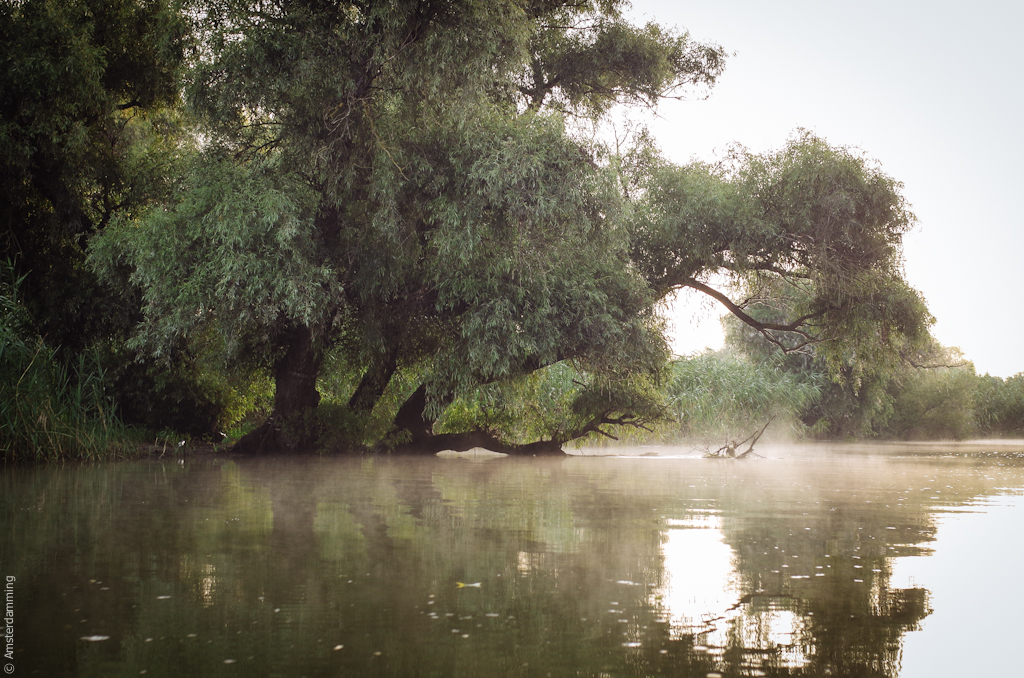 In the heart of Danube Delta’s marshy lands, not far from virgin areas covered in reed and weeping willows, populated by colonies of pelicans and rare species of birds, there was this small fishermen village named Crișan. The Danube divided the village into two: on the one side, lined up along the shore, stood the people’s houses: made of clay, painted in turquoise or pastel green, with pointed roofs covered in reed; on the other side, the land for gardening and farming. Only the strongest of plants survived the long, dry summers. 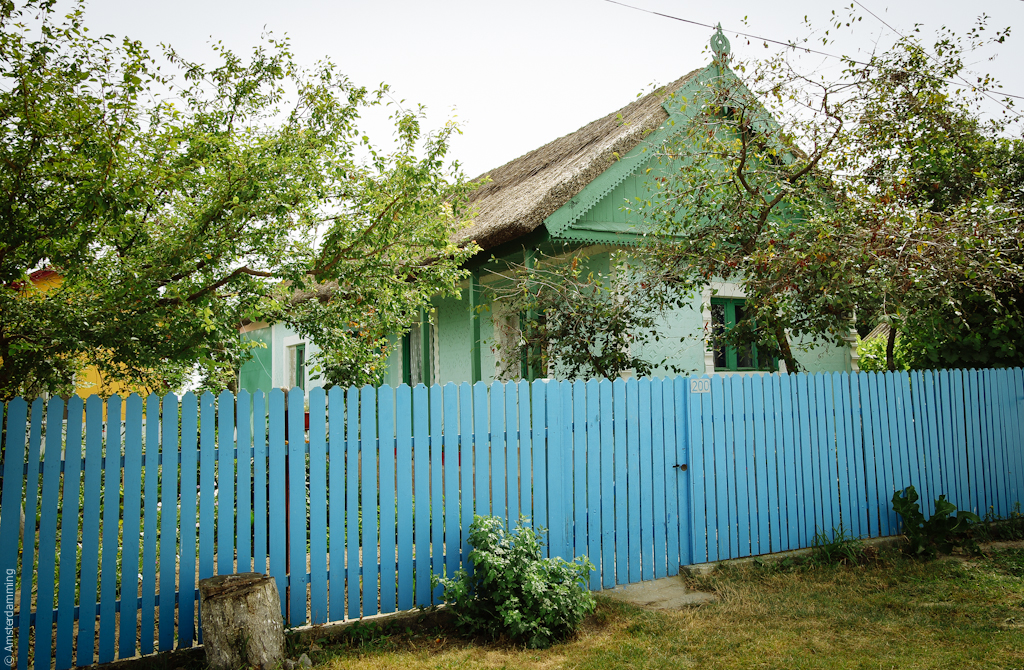 Hours before the break of dawn, the men would row offshore into long, narrow boats, slowly finding their way through the network of winding canals. Once at the right spot, nets would be thrown deep into the water, waiting for fish to come. Carp, bream, pike and catfish were all good catch. The only sound to hear during these long hours was that of vodka going down the fishermen`s throats. The men would return to their houses shortly before noon, when the heat would have become unbearable, for human and fish alike. There was now food to be put on the table. 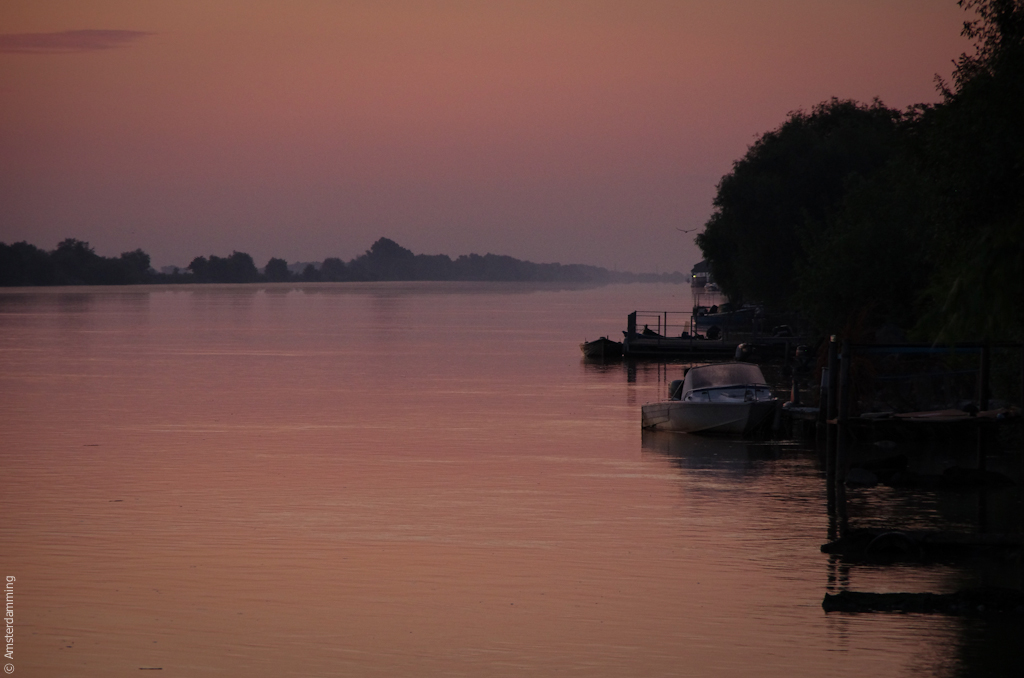 I was four when my parents took me to Crișan for the first time. We were staying at a camping, the only touristic facility in the area. I got a bad cold, so they decided to cancel the holiday and return home. My parents packed everything but the food they had brought with them – canned beans, cold meats and cheese, bread, sugar and coffee – knowing there was nothing to buy and nowhere to buy from in the Danube Delta. It was my mother who came up with the idea to offer the food to a woman working at the camping. Those were hard times in Romania after all, with Ceausescu’s dictatorship at its peak, and throwing anything away would have been nothing but a sin. “Why not come to stay at my house?”, the woman asked when my mother told her about my condition. “We have enough space. Be our guests!” This is how we found our way into Mr. and Mrs. Tarasov`s home. 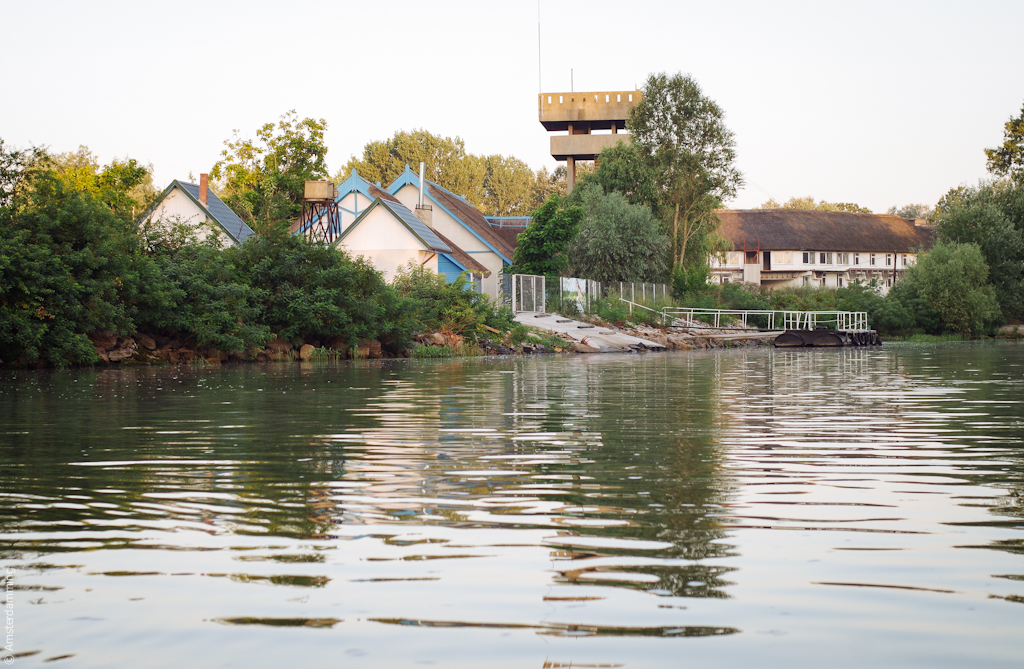 What followed was a week of telling stories while cooking side by side with Mrs. Tarasov – my mother; going fishing, and drinking vodka before returning home at noon, with or without fish – Mr. Tarasov and my father. When we left Crișan that summer, my family decided to become the Godparents of Mr. and Mrs. Tarasov`s daughter, and of her soon to be husband. We were about to become family with the Tarasovs.

Going to Crisan in August become a tradition, something I was anticipating and longing for year after year. When the day came to go to the Danube Delta, we would get up early in the morning, to allow enough time to drive the long way from Bucharest to Tulcea, and from there, to catch the 1 PM passenger boat to Crișan. That was the only boat in two days, and no roads to use as an alternative. Throughout our driving through Dobrogea county, gazing at the endless fields of sunflowers and at the hills covered in vineyard, I would ask all kinds of questions from the backseat of the car. From time to time, my mother would roll her eyes and light another cigarette. For my father, however, there was no question of mine he did not have an answer to. 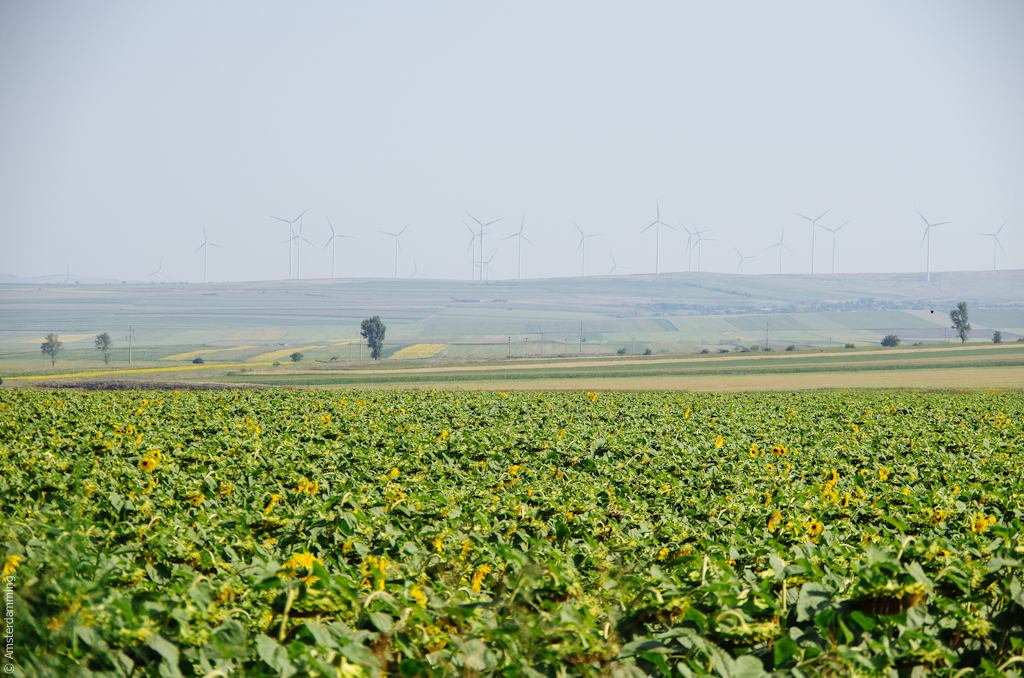 Once the boat dropped us in Crișan, Mr. Tarasov would wait for us at the pier, to help with the luggage. He would wave to us and call our names in his harsh, powerful voice. As usual, he would wear his worn out fisherman trousers. The top was not mandatory. Despite the joyful spark in his big blue eyes, he looked rather intimidating, his big hands resting on his hips whenever he was speaking. In his late forties, Mr. Tarasov’s face, sunburnt and prematurely wrinkled, preserved the same determined look as in the old photograph I had seen on the wall, next to a younger version of Mrs. Tarasov herself.

By the time we reached home, Mrs. Tarasov would have laid the table outside, in the back garden, placing on it the most delicious of dishes: fish soup with garlic and potatoes, fried fish with a hearty tomato sauce, pumpkin pies to be dipped in sour cream. She was the happiest when her food made everyone lick their fingers and ask for more. Her warm, friendly voice would take a more imperative tone only to warn Mr. Tarasov that he had enough to drink. 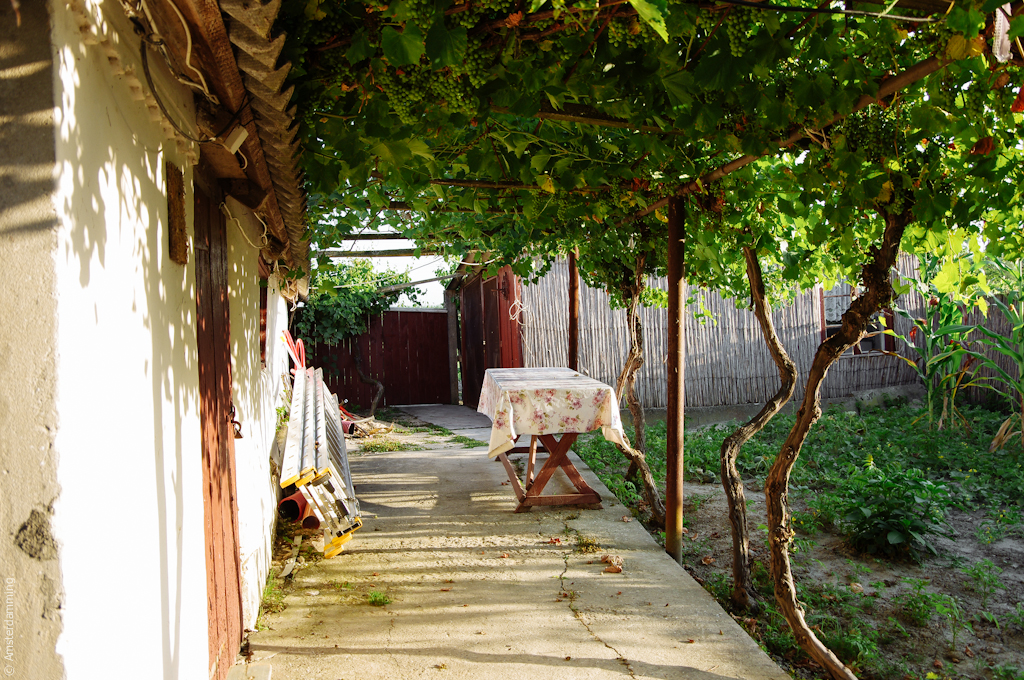 The best part of visiting the Tarasovs was spending time in their beautiful house. It kept a nice, comforting coolness during the hottest of summer days when lying on the white, starchy sheets was pure pleasure. Every day after lunch, when the heat became unbearable, I was happy to retire to my room, and choose a book to read from the extensive collection on display. It’s in Mr. and Mrs. Tarasov’s house, on one such afternoon, that I read a novel for the first time, idyllically entitled “Peter Pan and Wendy.” 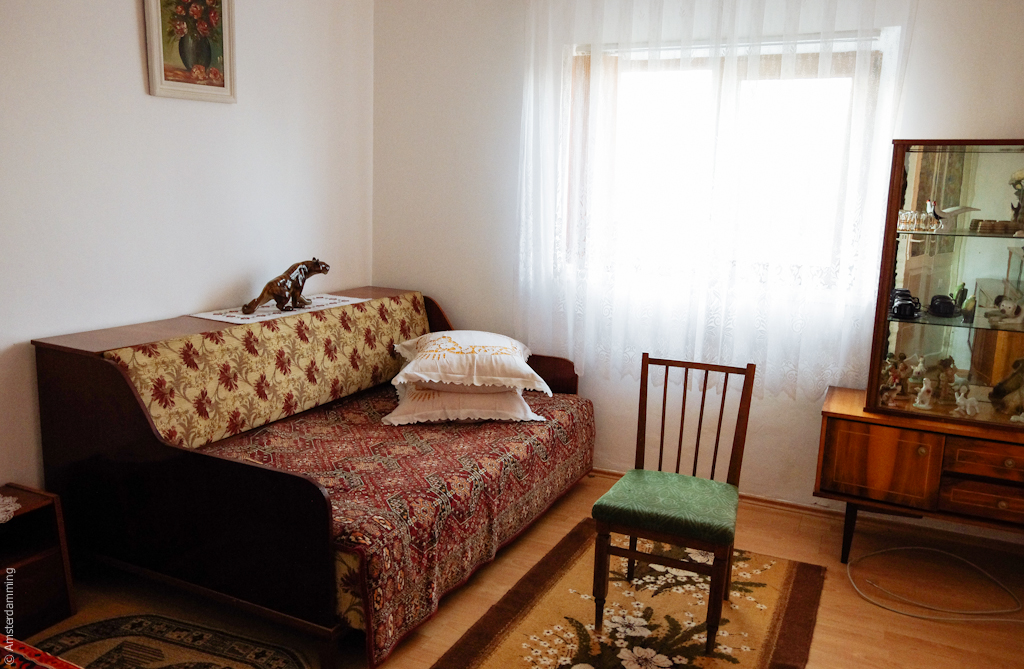 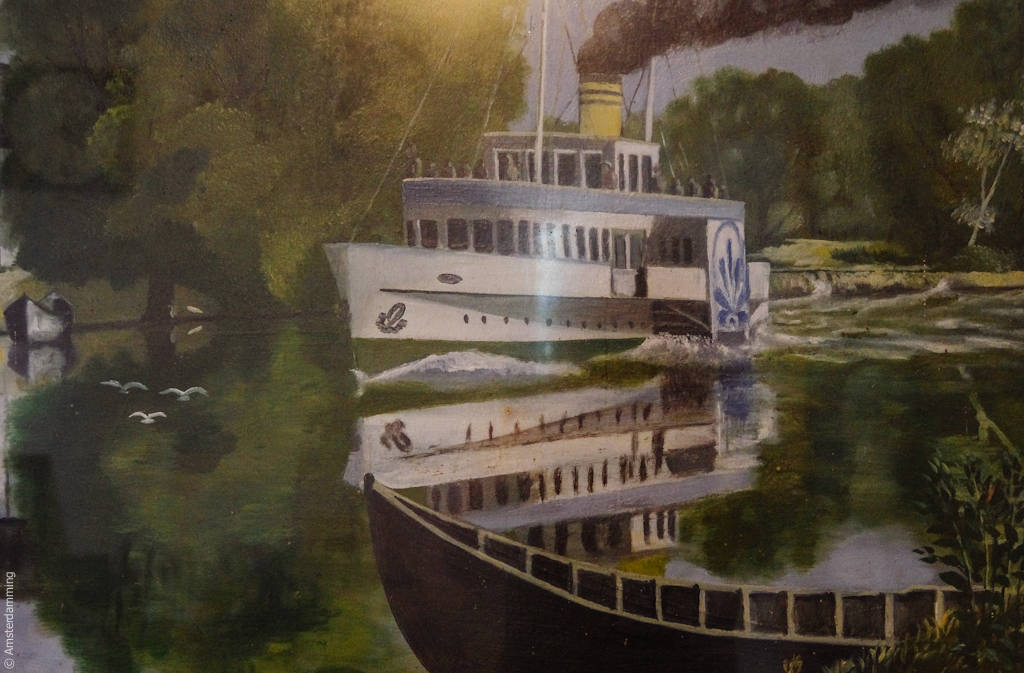 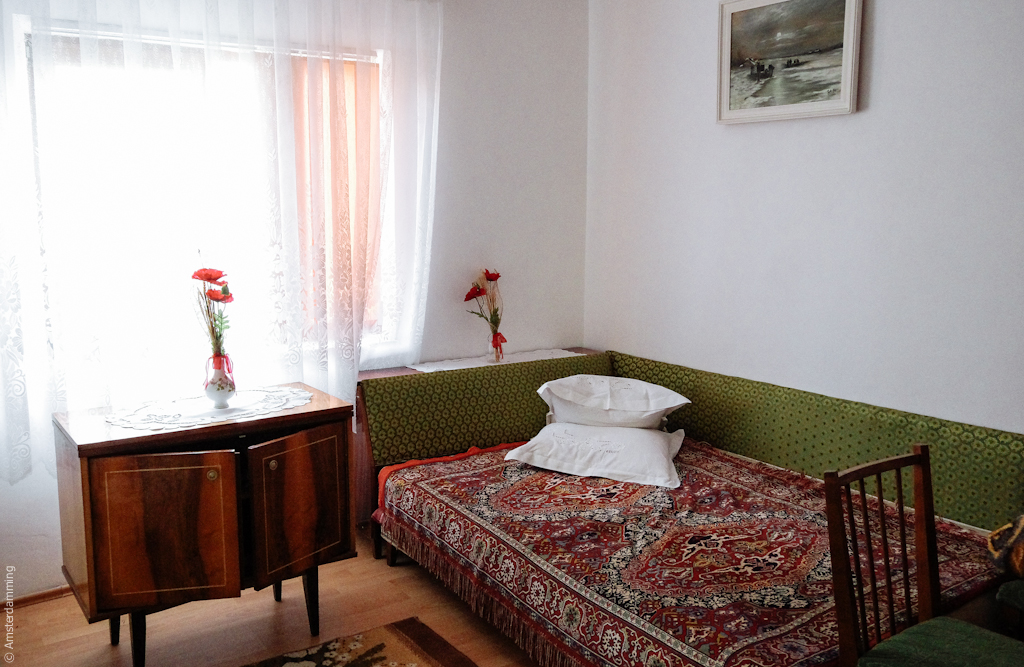 That’s when my sister – five years younger than me – would come running at my window and summon me to get out of the house, as Anca, one of our local girlfriends, came to play with us. In most cases, playing meant sitting in the front yard, at the shadow of ripe apricot or apple trees, making house arrangements for our dolls, then have them visiting one another. When none of the grown-ups was around to see us, we would pick up flowers from the beautiful garden Mrs. Tarasov was watering in the evening when the heat was gone, carrying a big bucket back and forth to the river. She grew all kind of flowers in her garden, but my favourites were the tall, dark orange lilies and a white, perfumed flower, which was opening up at night only, hence its name – “Queen of the night.”

Sometimes I would simply lay in bed and stare at the walls, where a particular painting would draw my attention over and over again: a passenger boat cruising through Danube Delta’s canals, willows on the shore, next to people’s boats, birds flying. Another interesting image to analyze was a carpet hanging from the wall near the bed, where elegantly dressed ladies were dancing on the sound of mandolins, surrounded by gentlemen dressed just as nice, visibly charmed by their beauty. 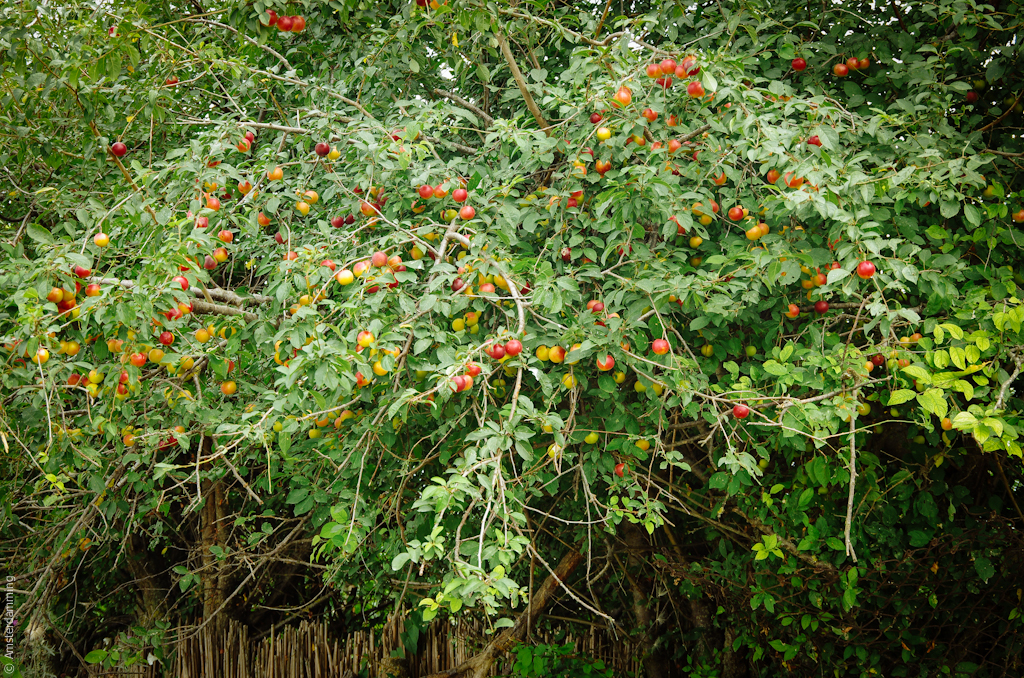 Suddenly, a steady and deep, vibrating sound, now and then accompanied by the high note of a siren, would have us kids run to the river right away, abandoning everything it was we were doing. “This one is huuuge,” one of us would say in amazement, pointing at the tall cargo ship en route to the Black Sea. “Oooh, wait to see the waves it makes,” someone else would add, and we’d all prepare for the moment when the water would splash our feet. We would wave at the crew, and they would wave back to us. The ship would become smaller and smaller until completely disappearing in the distance. And so the silence would fall over the village again as if nothing ever happened. 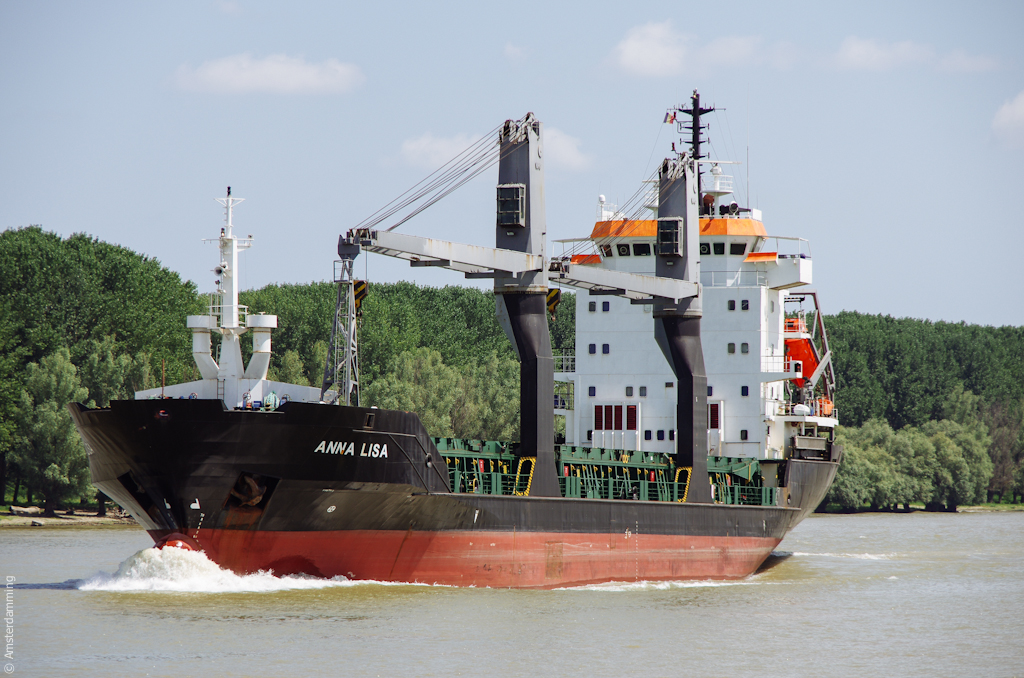 The nights were also very quiet, and dark. There were no street lights in Crișan, but we had the moon and the stars to rely on. Father would have us kids stare at the sky, telling us about the Milky Way, and teaching us to distinguish one constellation from the other. He was particularly keen on us identifying the North Star. “It’s vital for guidance when there is nothing else to guide you,” he would say, our eyes instantly getting bigger. “Let the children go to sleep,” my mother would eventually intervene, shaking her head in disapproval. “It’s late.” We would go to bed thinking about stars and knowing they would still be there the next day. 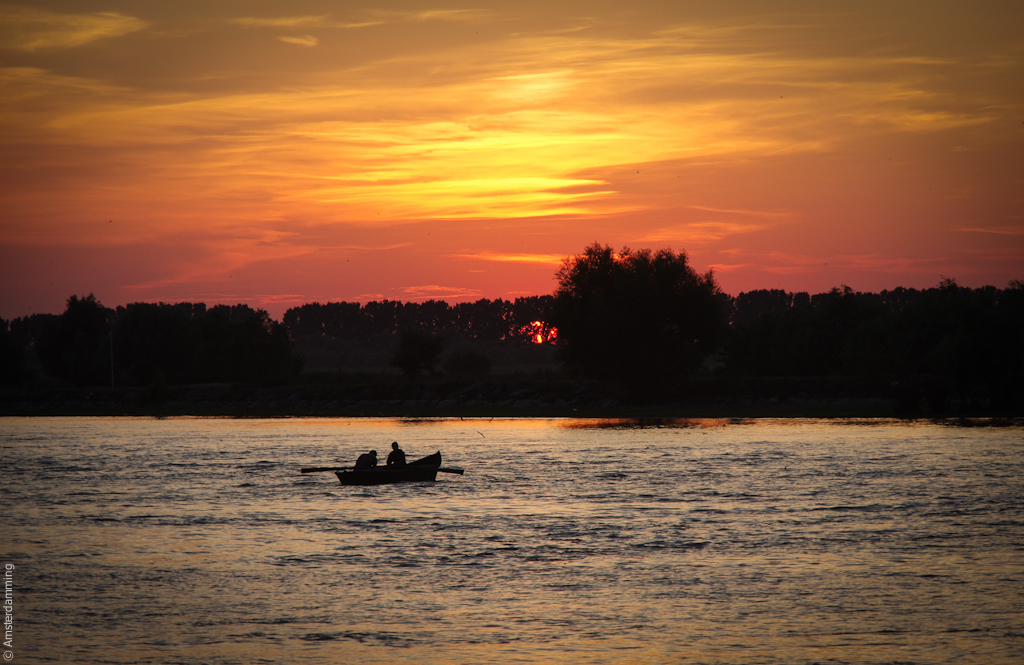 All photos in this post are taken in July 2014

What a beautiful story! It sounds like a little piece of heaven! Reading this made me smile. Thank you!
Emma

Thank you so much for your kind words! I am glad you liked the story. 🙂

I was also about to write \”What a beautiful story!\”… I hope the living conditions for people in the area have improved somewhat.

It might sound a bit crazy, but I am pretty sure the people of the Danube Delta have better life conditions than us. They are more connected to nature, eat healthier food, have lower stress levels, have no schedules, and no deadlines. 🙂 Well, at least that`s what I like to believe. Thanks for reading!

[…] I loved our aimless walks along dusty paths, to the end of the village and back, the chats in the shade of poplar trees, a beer in hand. We went for a boat ride one early morning when the light was pink and the river was still fast asleep. The view of mist rising from the water under the first rays of the sun, the air still chilly, is one of the most beautiful memories. Just as beautiful as revisiting the house of Tarasov family, our hosts throughout the years. […]

Memories from the Danube Delta (I)