As much as I`d like the picture-perfect Amsterdam we all know, with its pretty narrow houses made of brick, romantic bridges crossed by bikes and beautiful canals with swans and boats, every now and then I get rather fed up by this picturesque sight.

Maybe it`s the Eastern European in me who, in moments like these, is guiding my footsteps towards the East of the city. And thank God there is such place as the “Oost”! Blocks of flats instead of houses, concrete instead of brick, a long wide street (Wibautstraat) instead of canals and even some car traffic instead of bikes!

I feel as in Berlin when I am in Amsterdam East and I think there is no exaggeration in saying this area along the Wibautstraat is one to resemble the most with the German capital and also with some Eastern European cities. It`s the opposite of picturesque and I do need it once in a while.

Last time i was in the East was this past Saturday. After a brunch with friends at Beter & Leuk (also in the East), we decided to go for a glass of prosecco at Baut, right on Wibautstraat. At those hours of the day, the terrace was extremely empty and we couldn`t have asked for more!

And there, on the terrace at Baut, laying on a fatboy, with the sun on my face and the glass of prosecco in my hand, I could not help but wonder why people were still going for drinks in the crowded Jordaan when the East could offer so much! 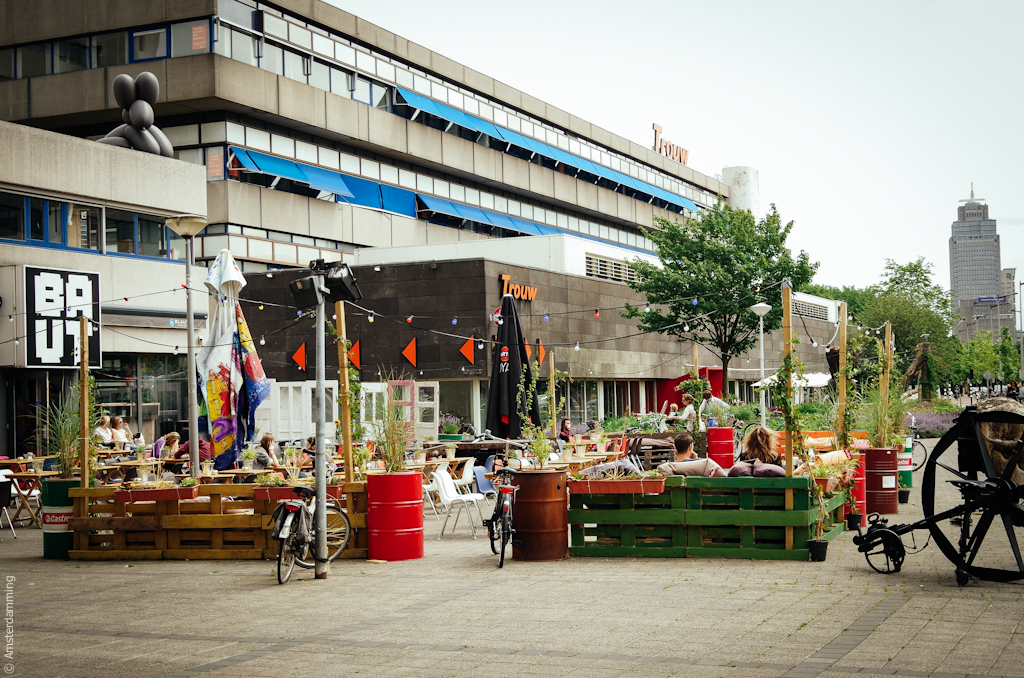 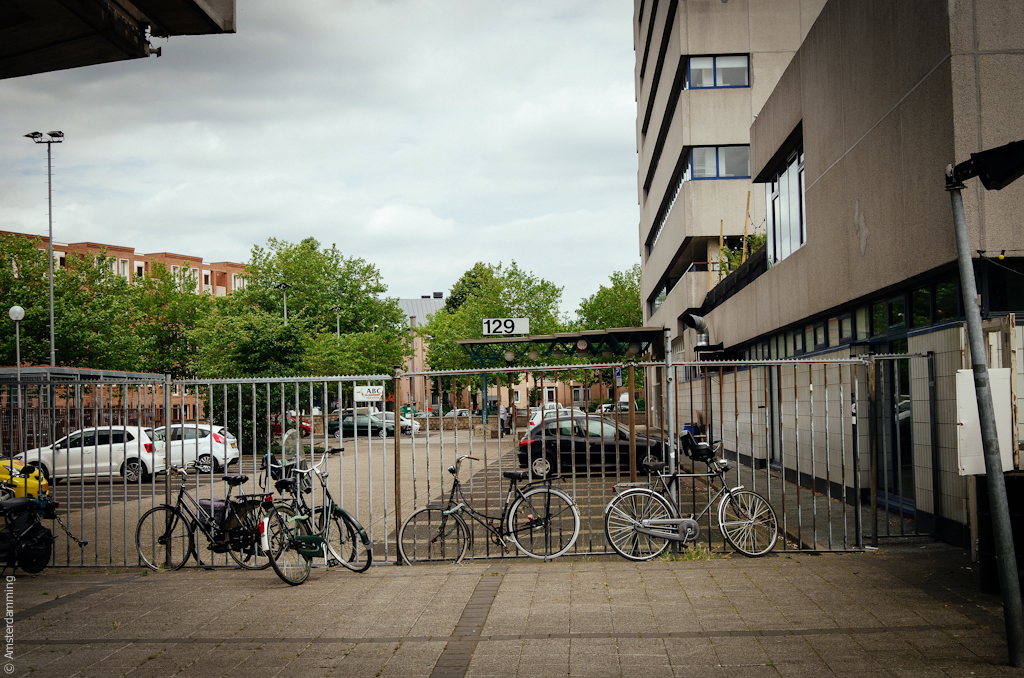 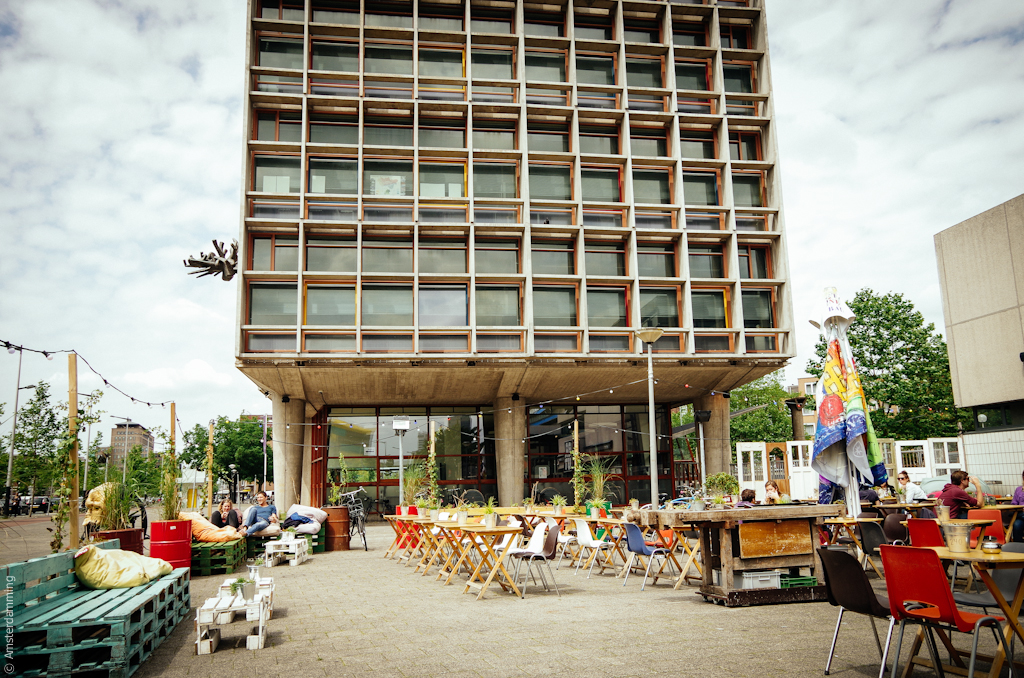 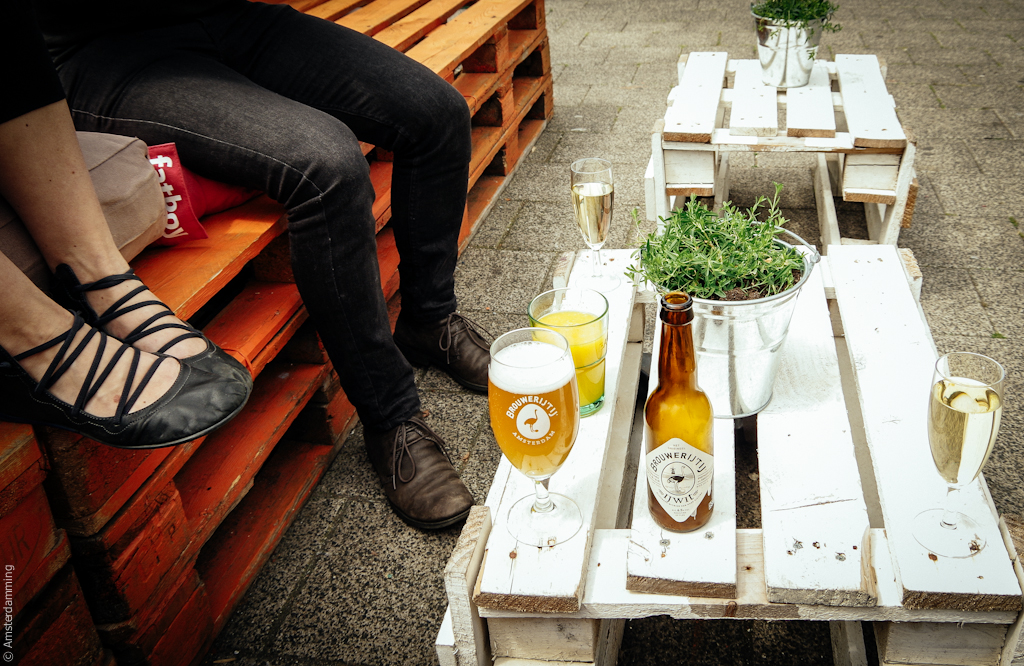 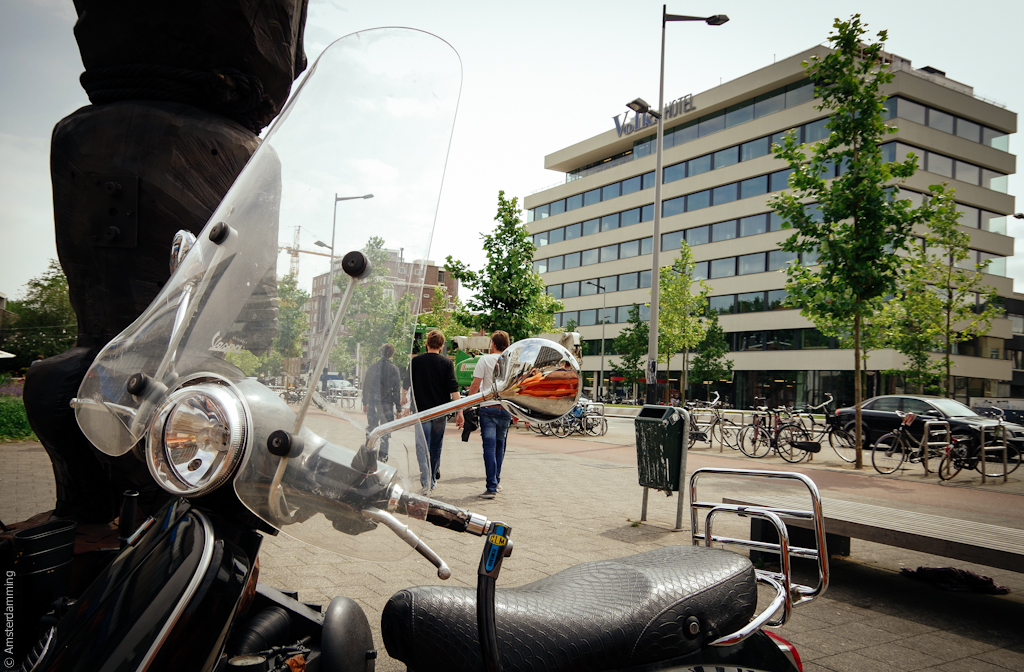 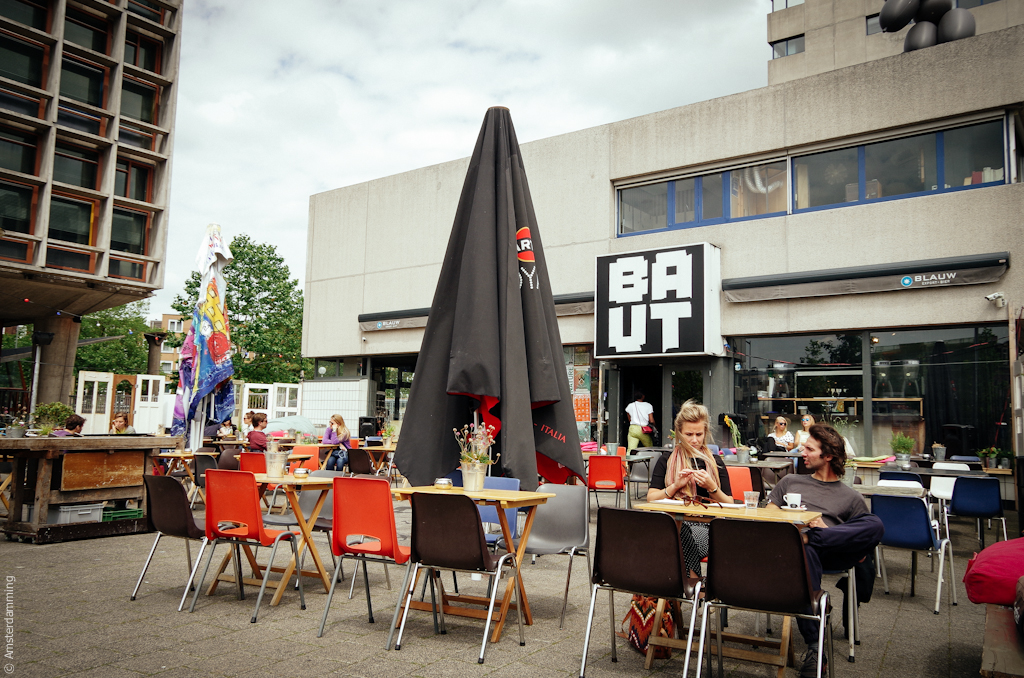 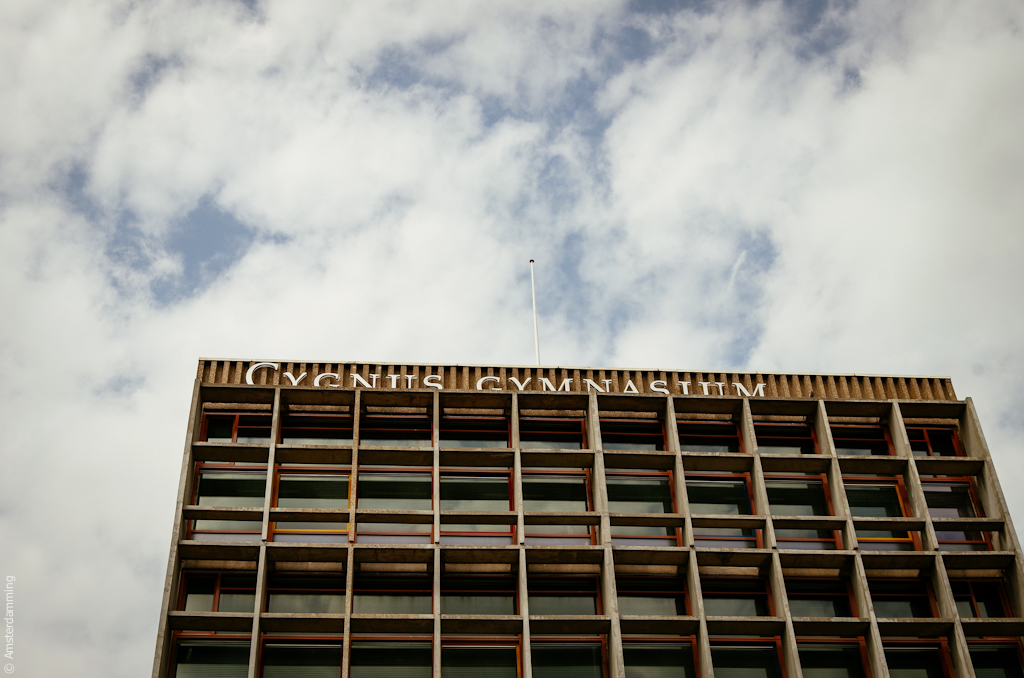 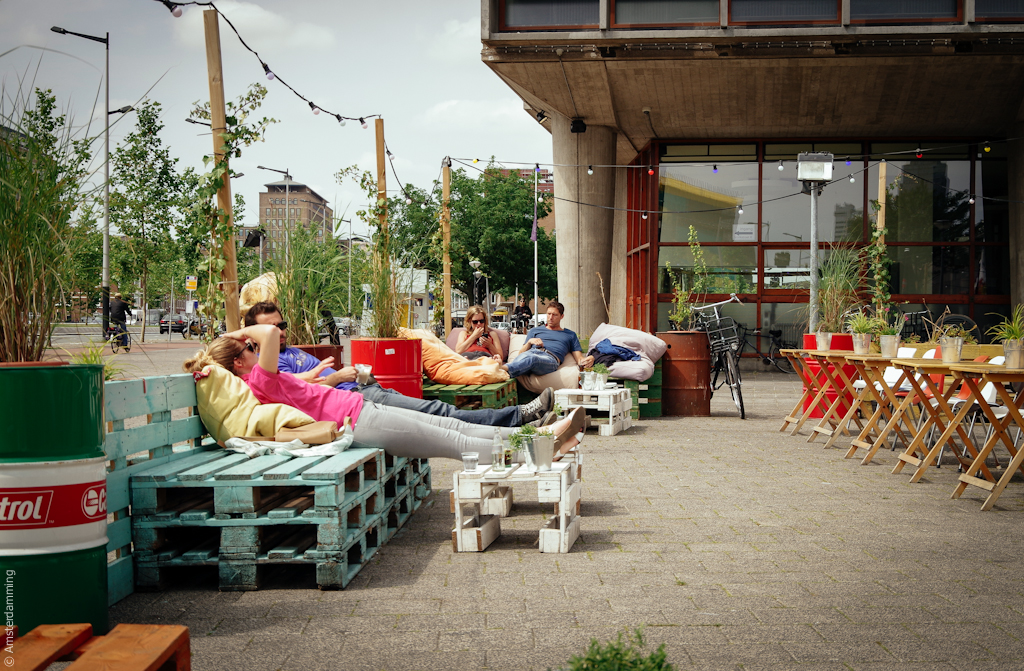 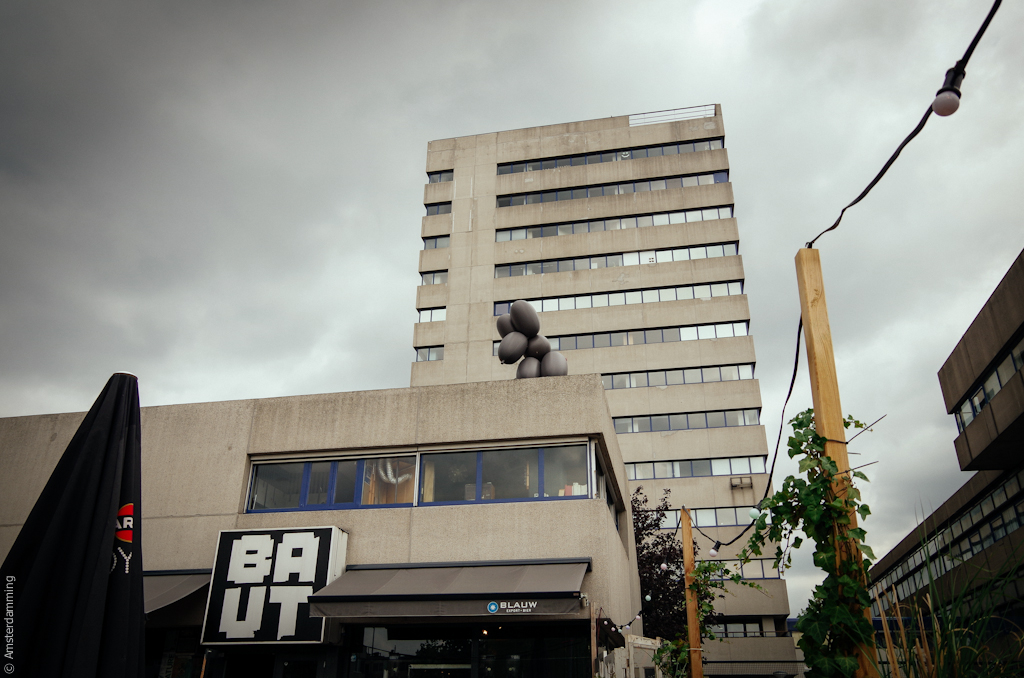 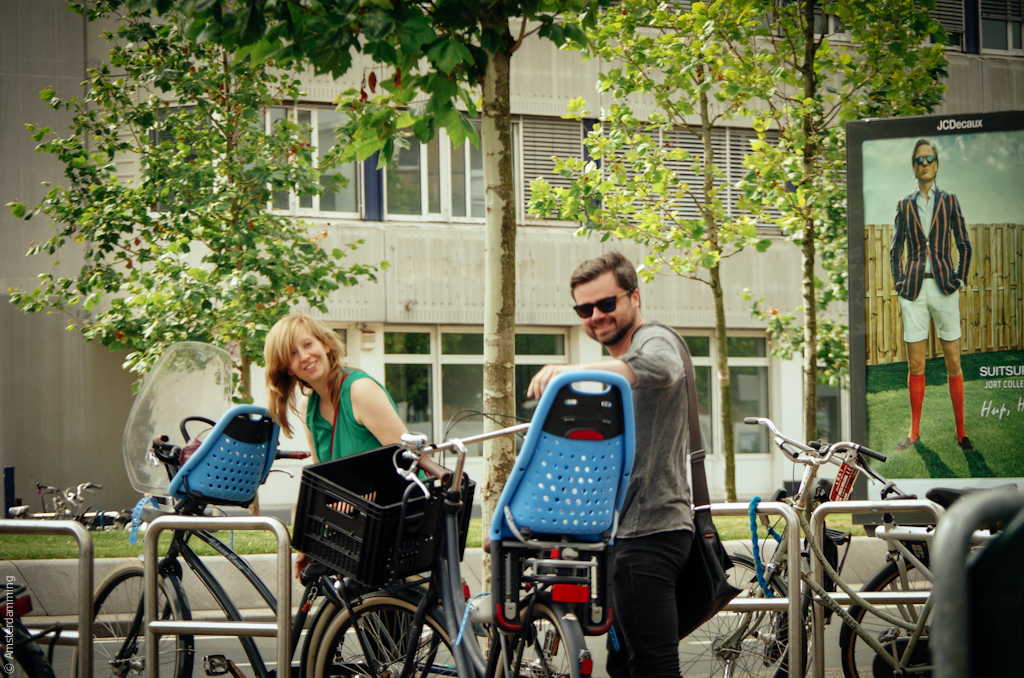 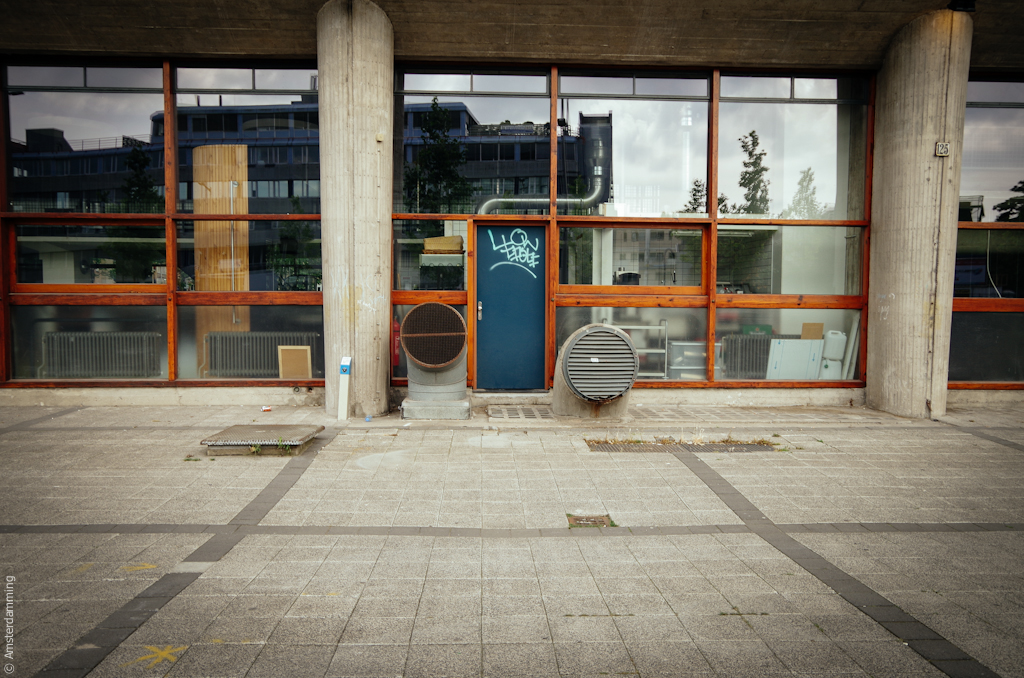 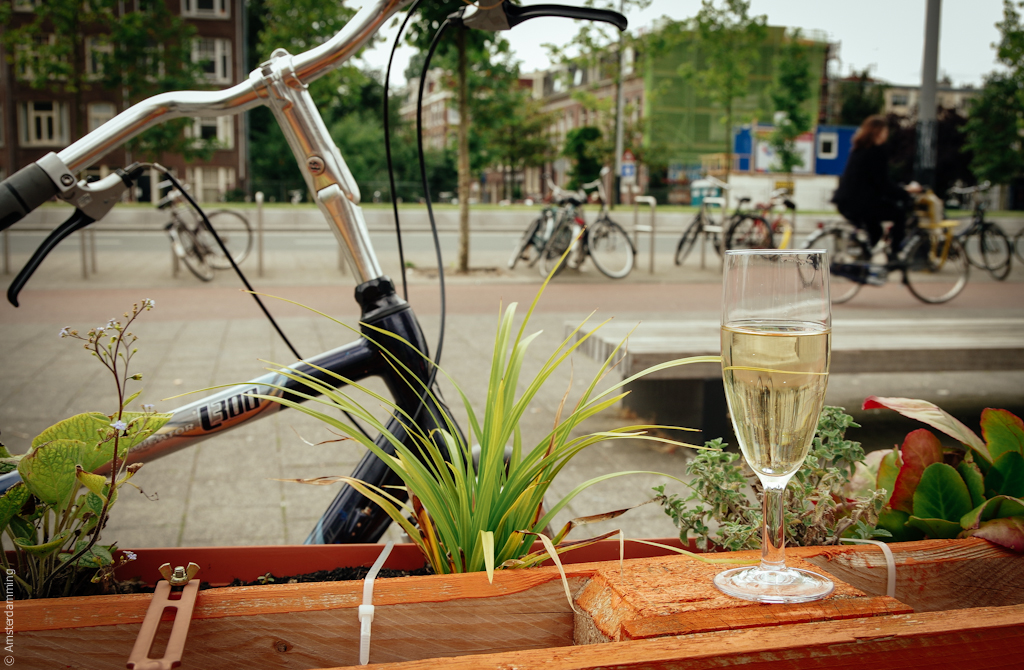 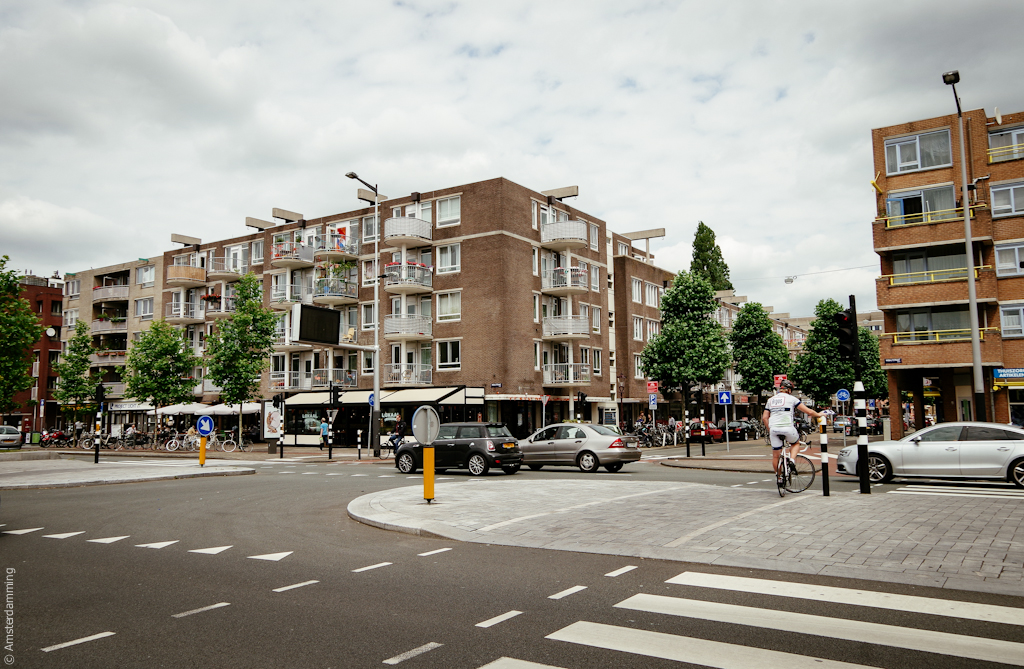 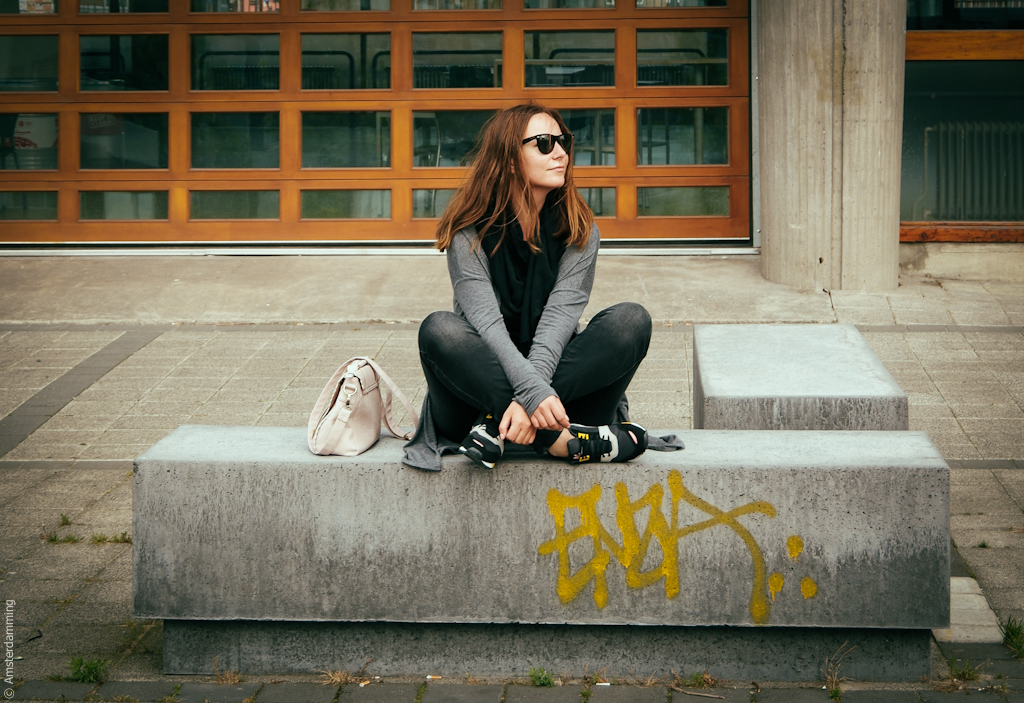 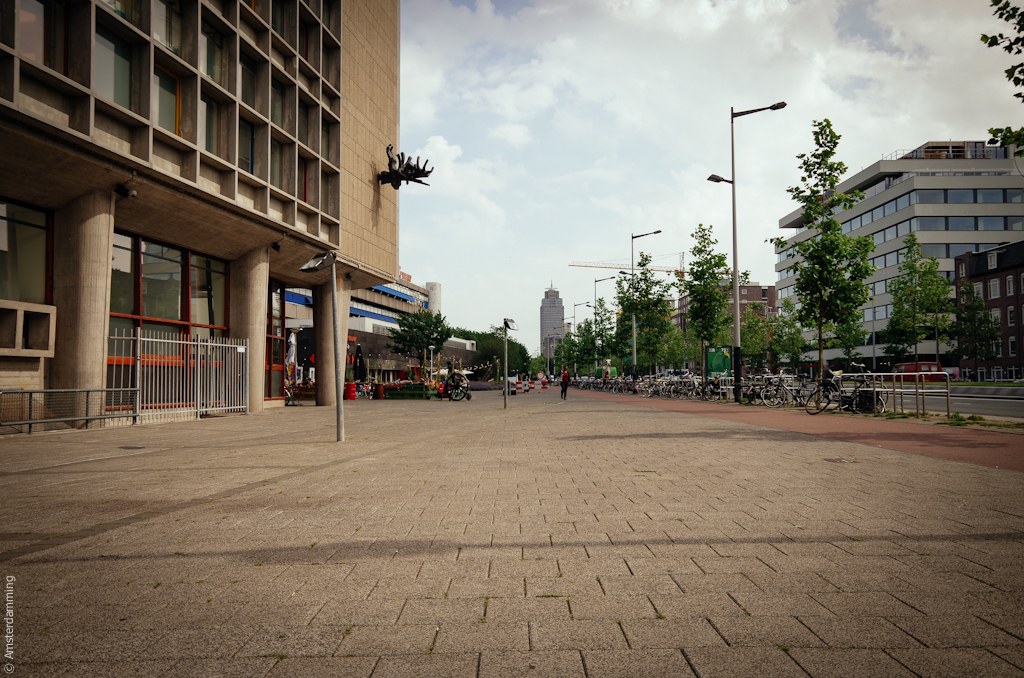 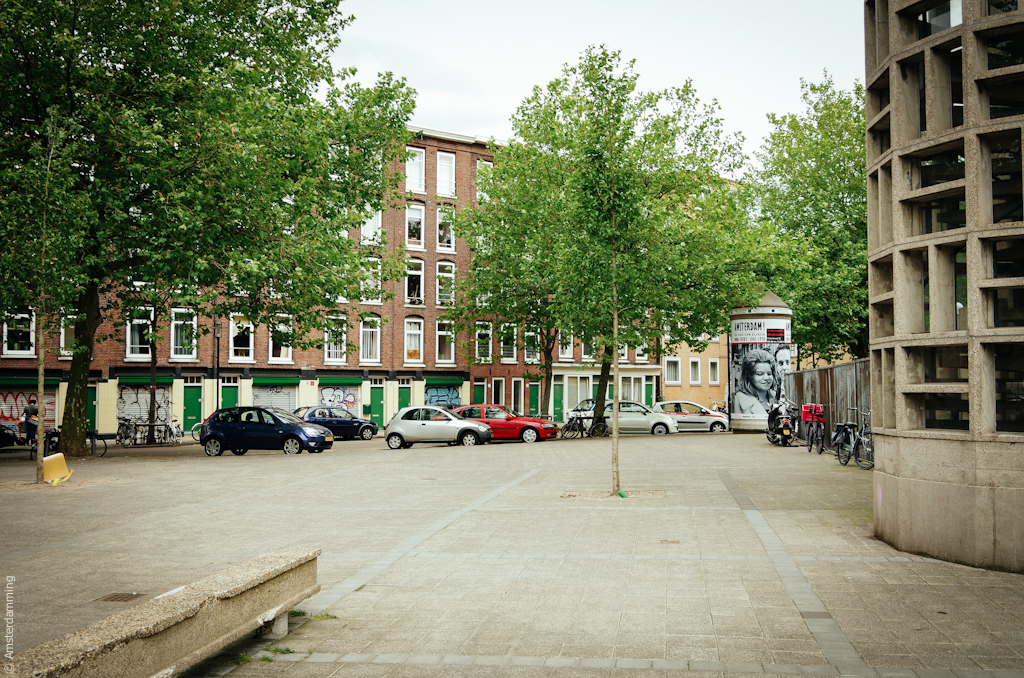 Update on October 2015: BAUT is no longer to be found on Wibautstraat. 🙂

Yes, I\’ve seen these parts of Amsterdam. If you look at the story of the (Anna) Frank family\’s life, you\’ll discover an ultramodern Amsterdam neighbourhood of the 1920s-1930s that was very similar to German Bauhaus (though the Amsterdam style of housing, in particular social housing, was different from both the Bauhaus and Viennese styles). They didn\’t live in a canal house – that was father Otto\’s business office and its \”backhouse\” (storage space).

I\’ll never prefer cars to bicycles, but modern sustainable planning involves modern trams. One could be nostalgic for the cute old trams I took in Amsterdam at the turn of this century, but the new ones are accessible for just about everyone – disabled people, seniors, parents with babies and small children in strollers.

Of course there are a lot of bicycles in Berlin as well, covering a lot of distance.

[…] in the Aegean Sea. In Amsterdam, my favourite place to enjoy a sunny day this past summer was the terrace at BAUT, in the East, away from the hustle and bustle of the “more attractive” areas of […]