Quite a long title for a single blog post I must say, but in what comes next I`ll try to explain and hopefully it will all come together. It should also clarify what on earth those Romanian people were doing in the middle of Dam square, wearing those pretty blouses, on Sunday afternoon! 🙂 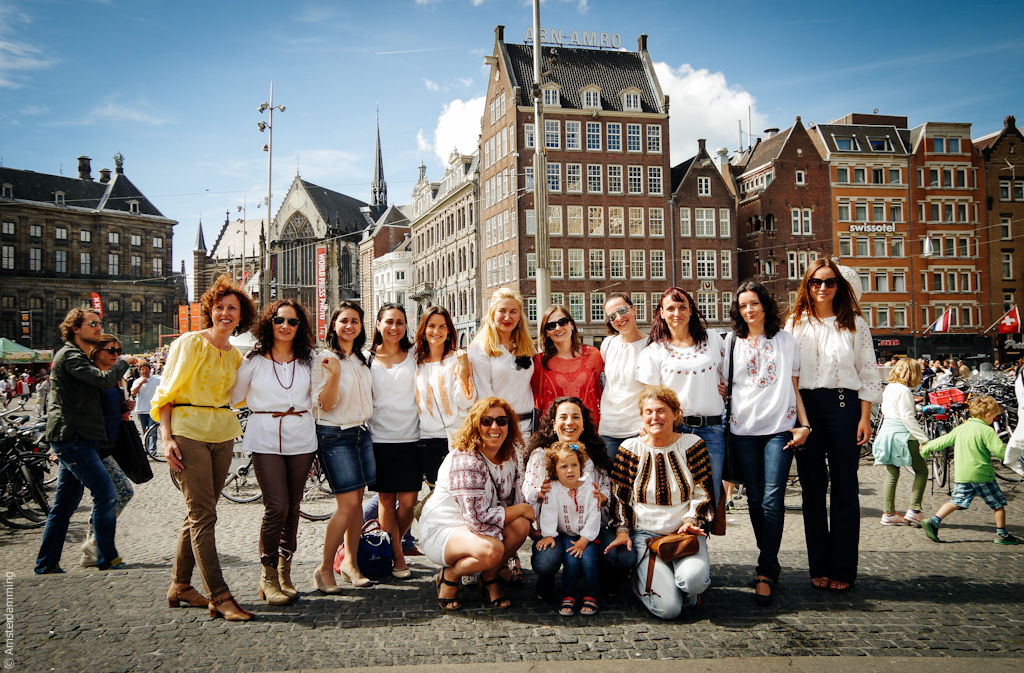 Midsummer – a magic celebration of life, nature and prosperity
Between June 21st and June 25th, the Midsummer celebrations – centered upon the summer solstice – are taking place in many parts of the world. These practices are dating back to as far as pre-Christian times, when mankind was worshiping the sun and its power alone, which everything else in the world depended on. Midsummer is therefore a celebration of life, nature and prosperity.

In Romania, this is known as “Sânziene” and is celebrated every year on June 24th.
“The folk practices imply that the most beautiful maidens in the village dress in white and spend all day searching for and picking flowers. Using the flowers they picked during the day, the girls braid floral crowns which they wear upon returning to the village at nightfall. (…) There they meet with their beloved and they dance around a bonfire. Another folk belief is that during the Sânziene Eve night, the heavens open up, making it the strongest night for magic spells, especially for the love spells. Also it is said that the plants harvested during this night will have tremendous magical powers.“

Traditional Romanian Blouse – a piece of evidence
The “ie” (pronounced ee-eh) is a blouse – part of the Romanian folk costume – traditionally made and worn by Romanian girls and women. Every part of the ie (also known as “the Romanian blouse” or “la Blouse Roumaine“), from the fabric itself to the detailed and highly symbolic embroideries on the chest and sleeves, is entirely hand-made and the design remained unchanged for hundreds of years.

The ie had the purpose to protect those who wear it from harm and to bring them health and luck. That is why each embroidered sign on the ie has its specific meaning and power, which reflected the believes of the Romanian people from historical times. No doubt some of these powers were also aphrodisiac, as the Romanian blouse has always been a highly feminine piece of clothing. It perfectly fits the body of a woman and it is almost impossible not to feel beautiful when you are wearing it.

The Romanian blouse is a country brand nowadays and the Romanian women are always happy to wear it, especially when celebrating something meaningful, rooted into traditions, such as  Midsummer/Sânziene.

This should now explain the photos below taken in the centre of Amsterdam this past weekend, as a pre-celebration of June 24th. This date has recently been declared the Universal Day of the Romanian Blouse and Romanians all over the world, just like us here in the Netherlands, will be wearing the ie to celebrate it properly.

Watch the Facebook page La Blouse Roumaine for updates and also to see how much “affection” the event in Amsterdam got.

Moldavië Traiteur & Catering proved to be a great choice, not only because the general atmosphere was relaxed (we arrived a bit early, that`s also true), but because the food itself tasted like the one we have in Romania. Gabi, the owner of the place, who is of course Romanian, was more than happy to welcome us into his second home, the restaurant located at Burg Van Leeuwenlaan 71 H – 73, Amsterdam.

Not only we ate good at Moldavië, but we could also buy some typical Romanian produce, such as “Green Nut Marmelade”, “Rose Petal Marmelade”, “Zacusca”, “Pufuleti”, “Recas” wine etc.

Thank you, Moldavië Traiteur, for being such a great host and thank you, Romanian people of the Netherlands, for making this day a beautiful one!

P.S.: the orange embroidered ie my friend is wearing in the photo below and which I cherish so much belonged to my grand-grand mother, Manda, who made it herself and wore it on her wedding day. 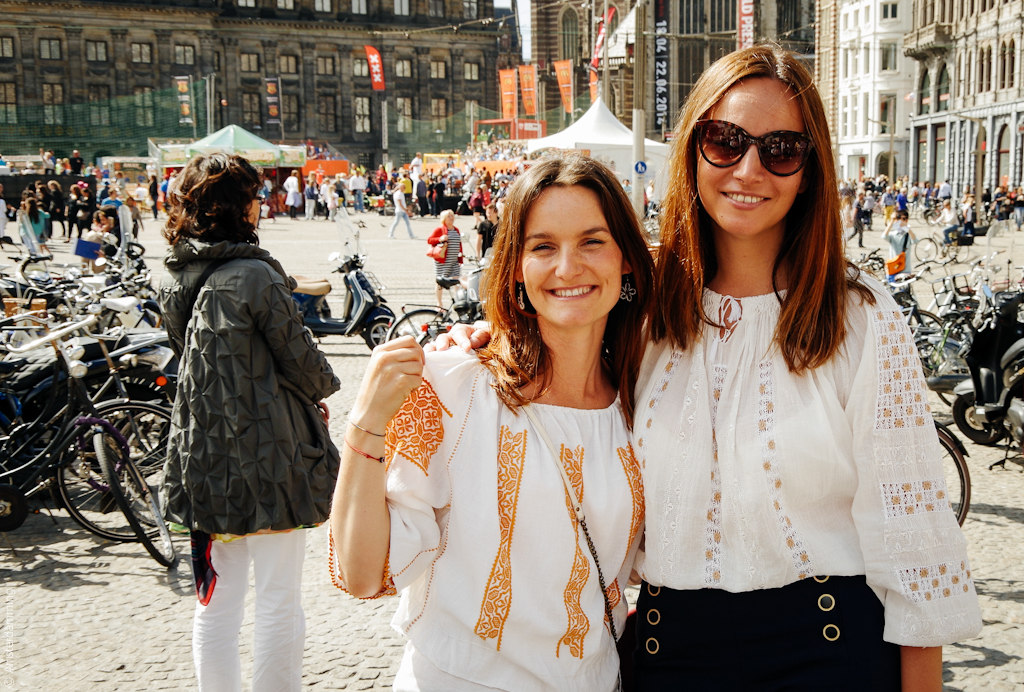 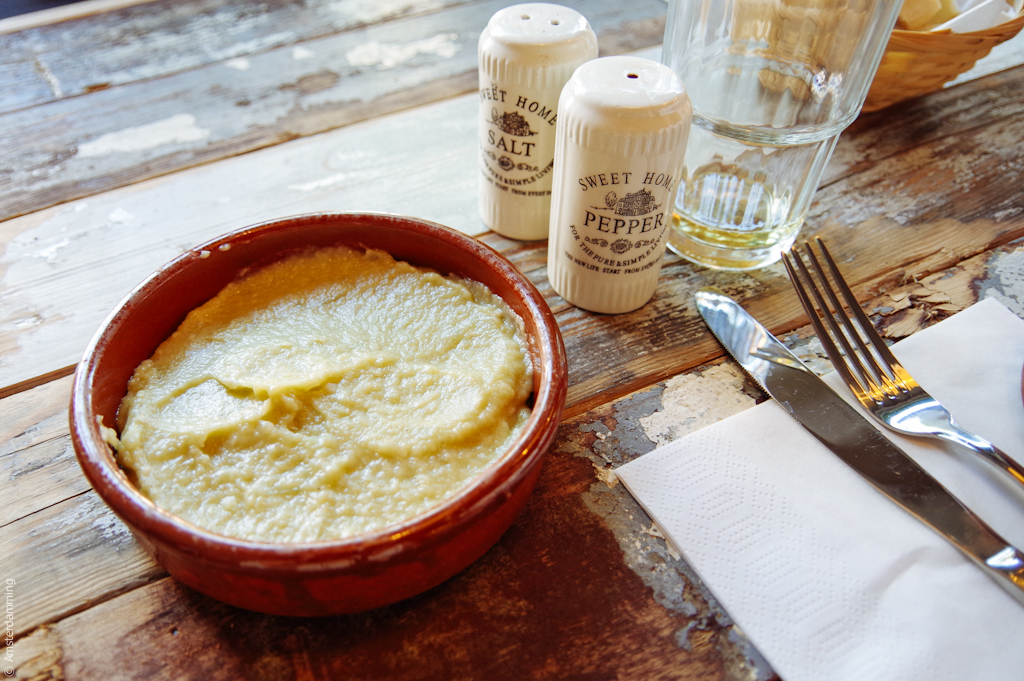 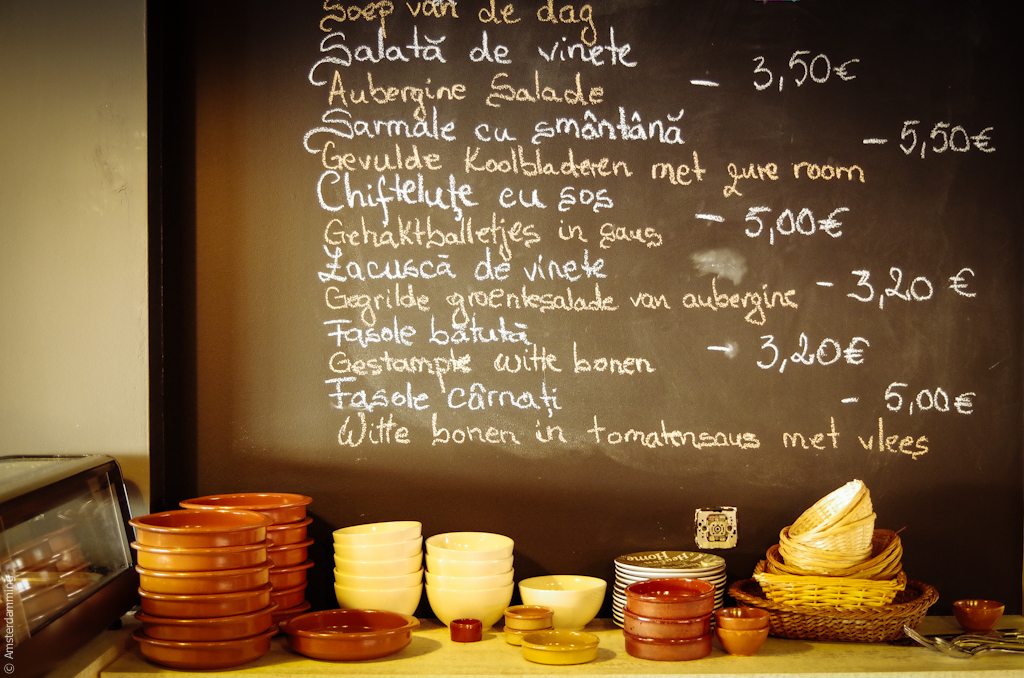 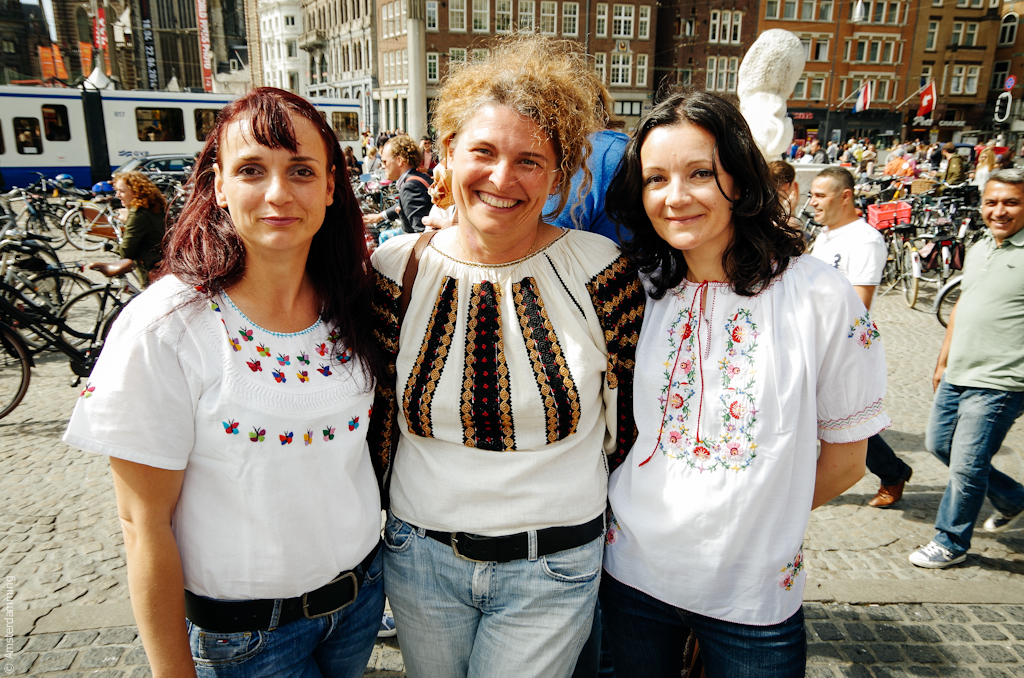 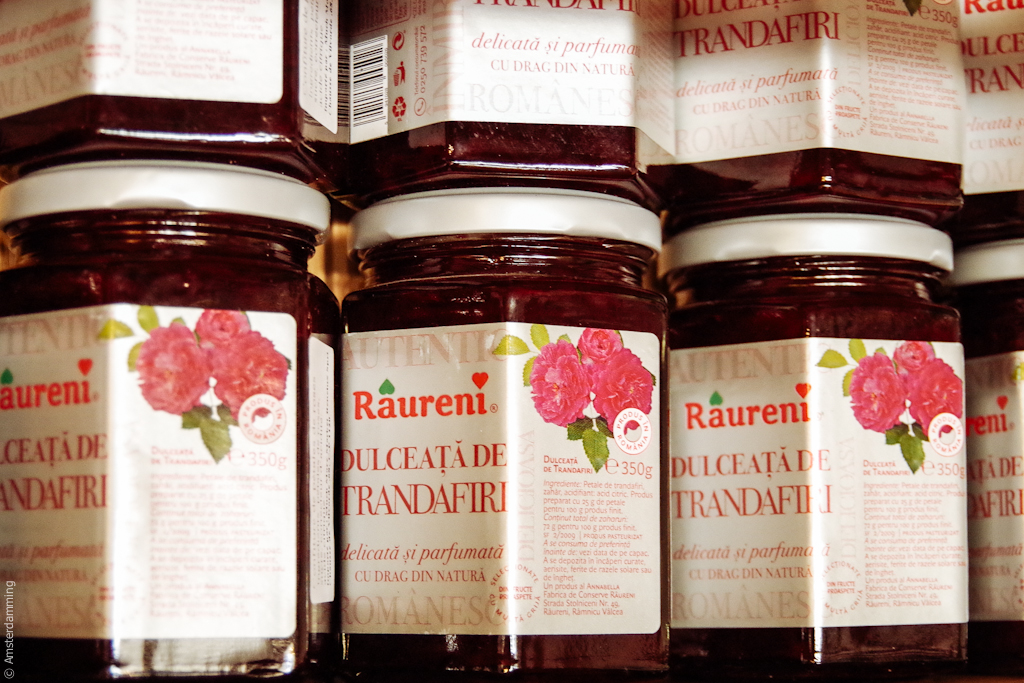 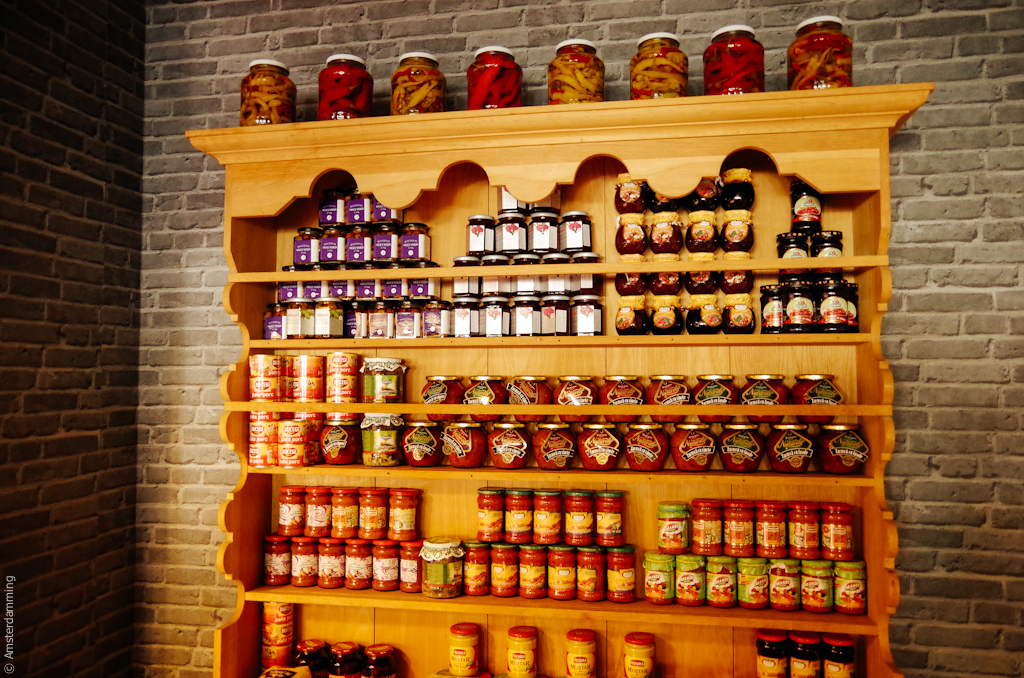 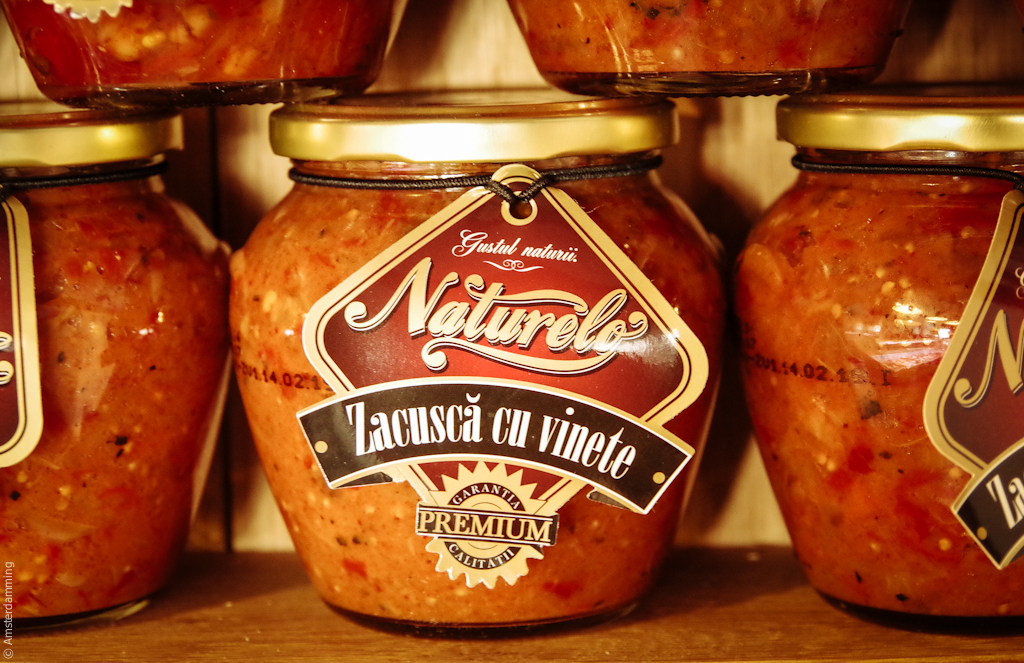 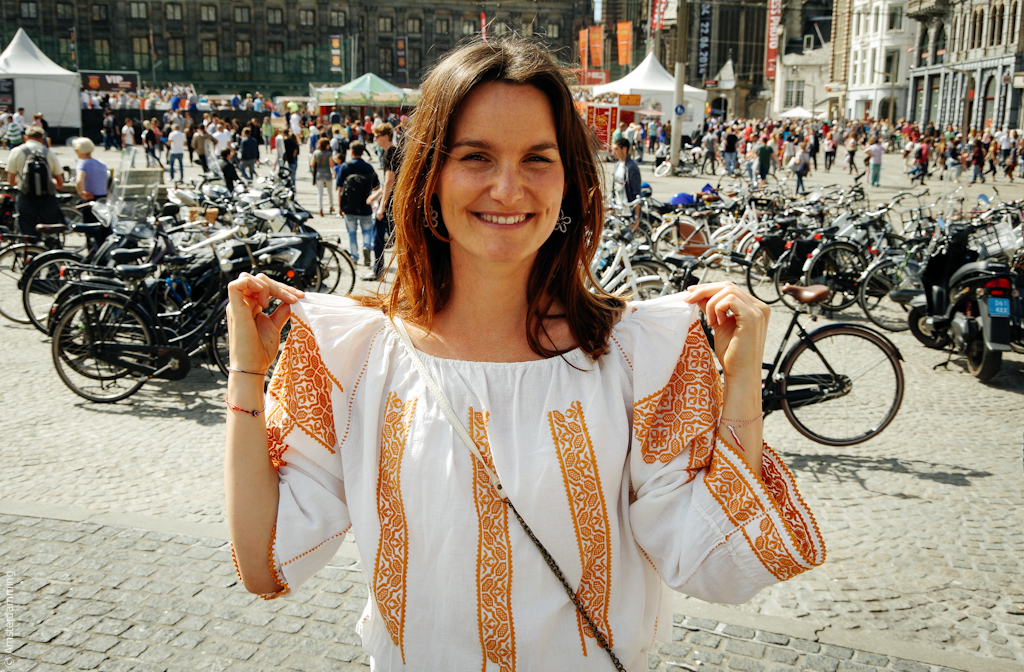 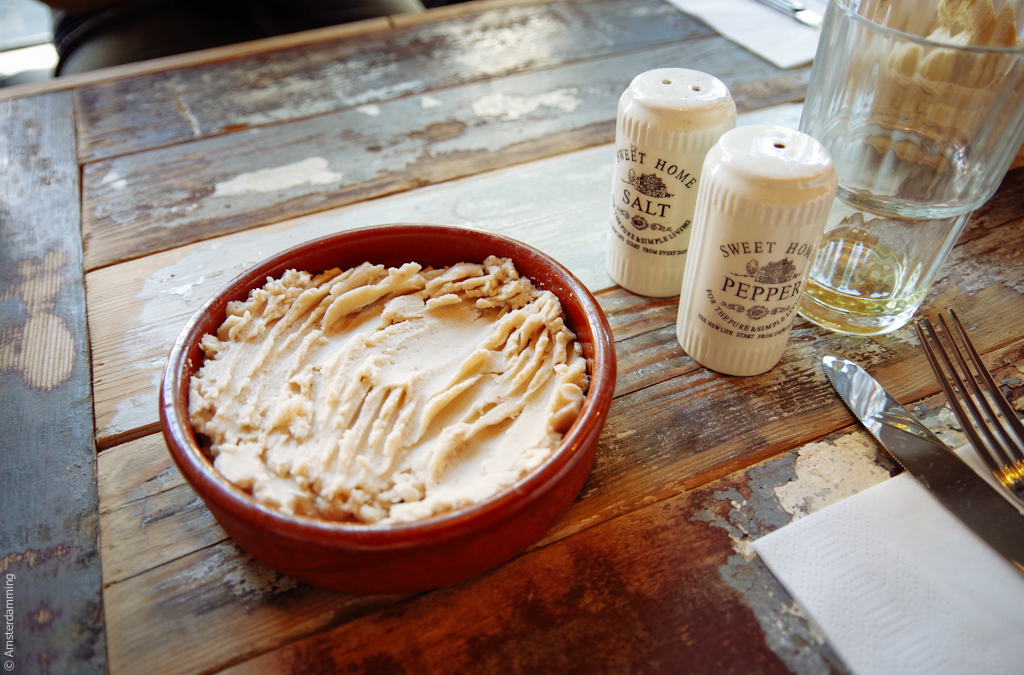 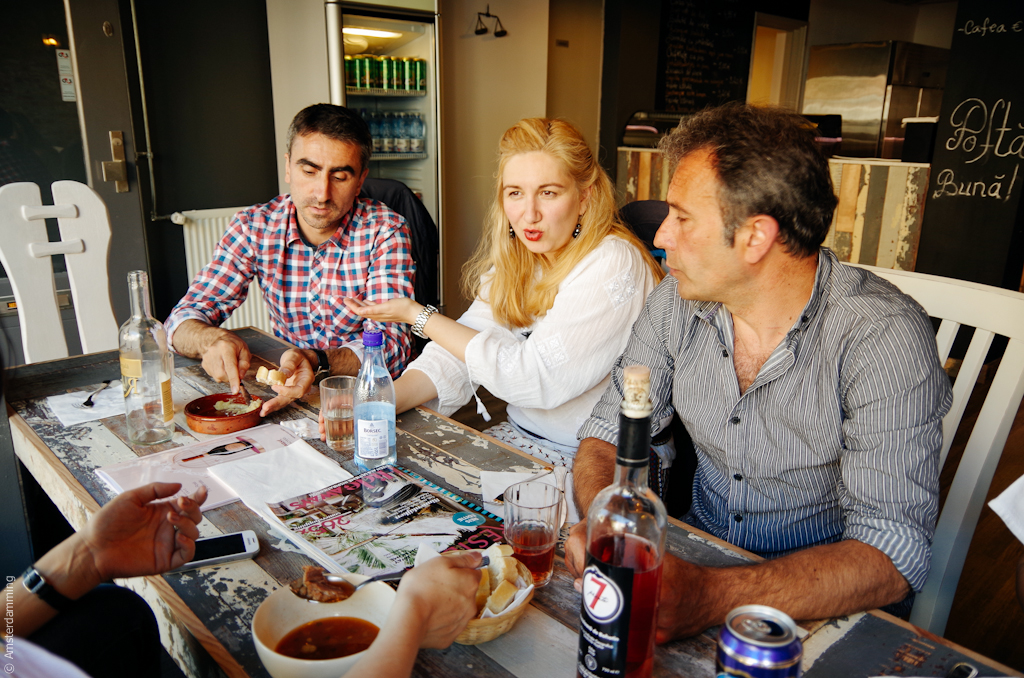 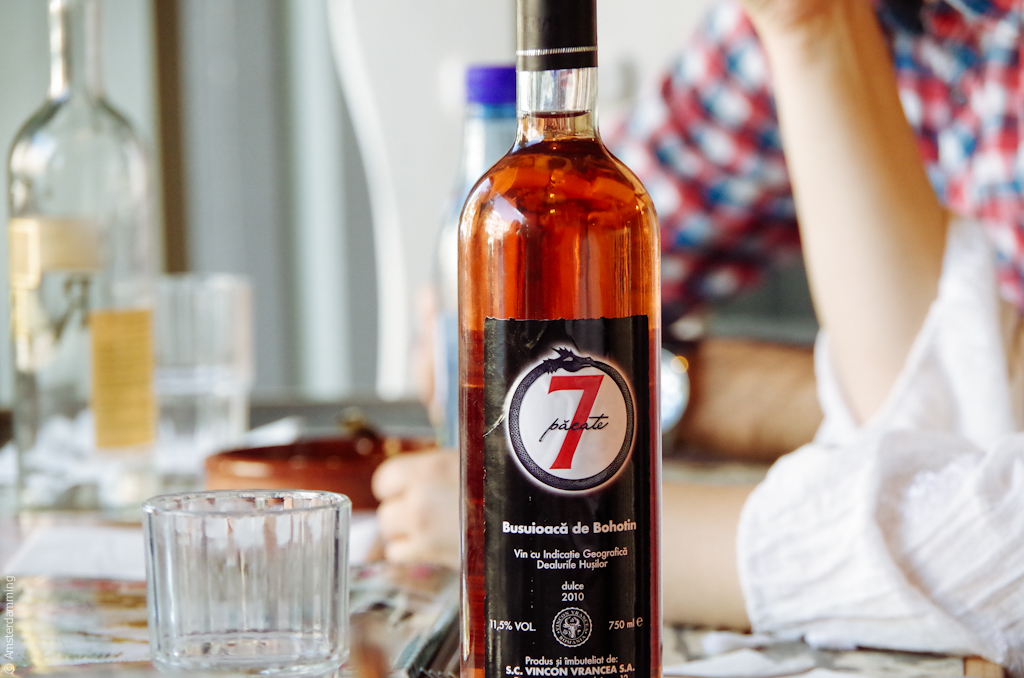 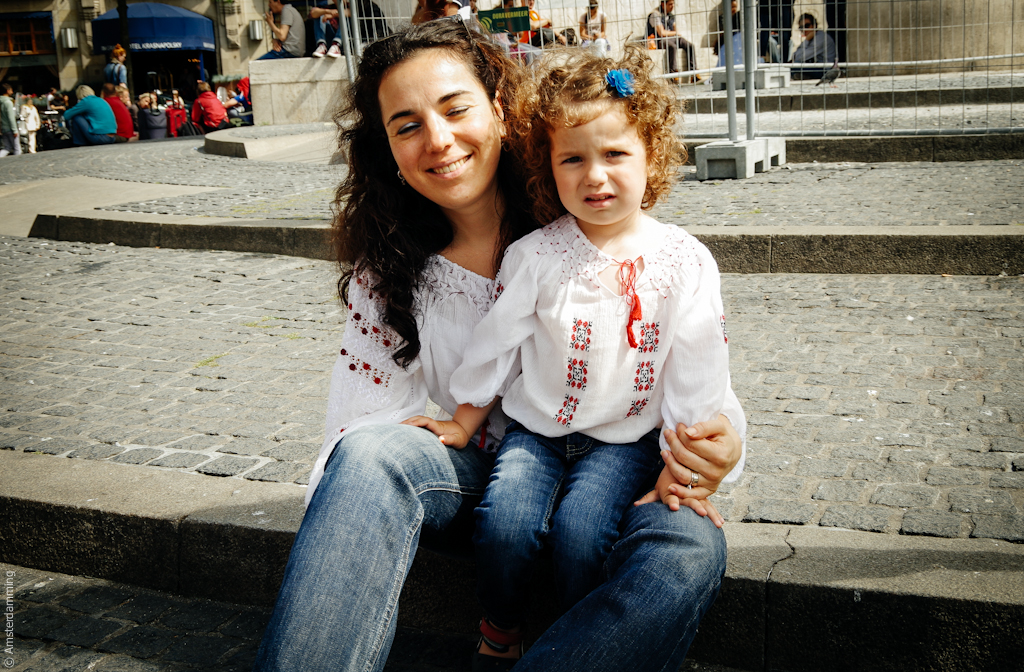 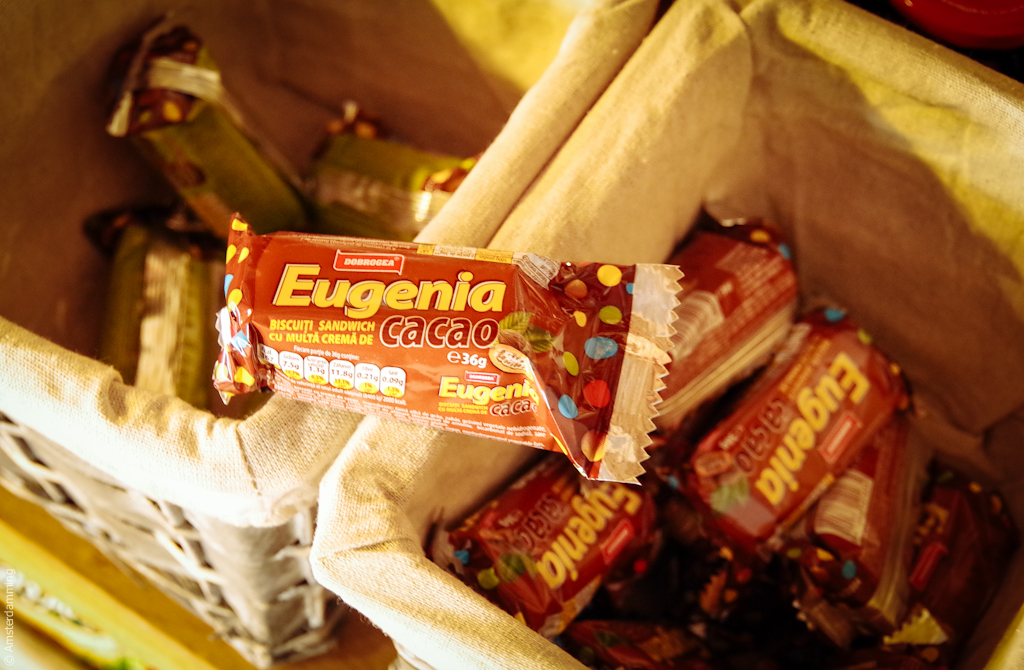 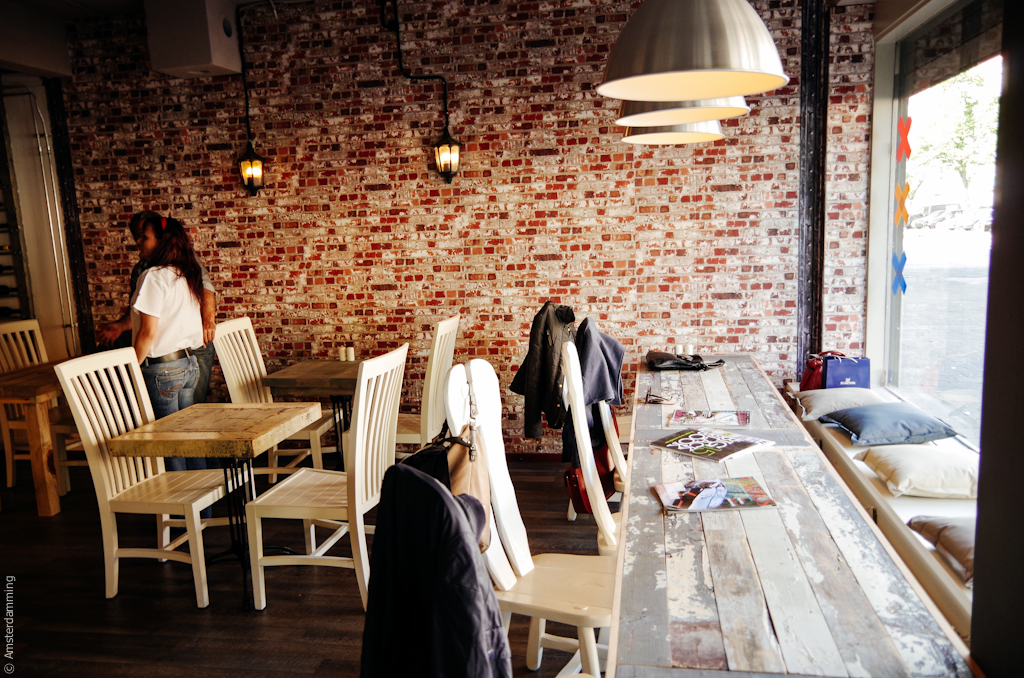 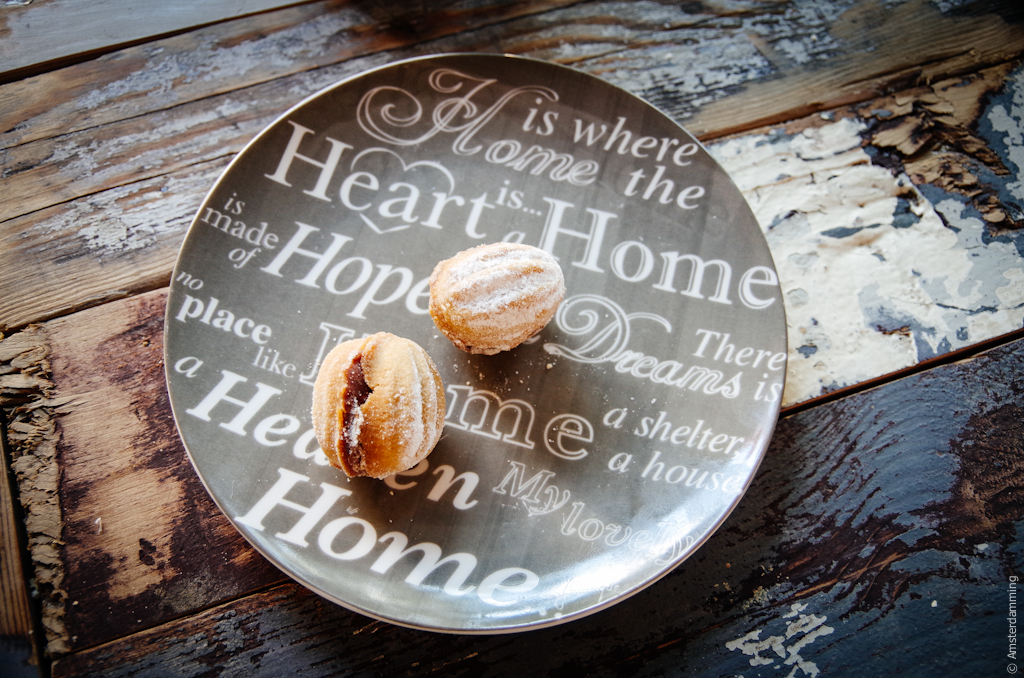 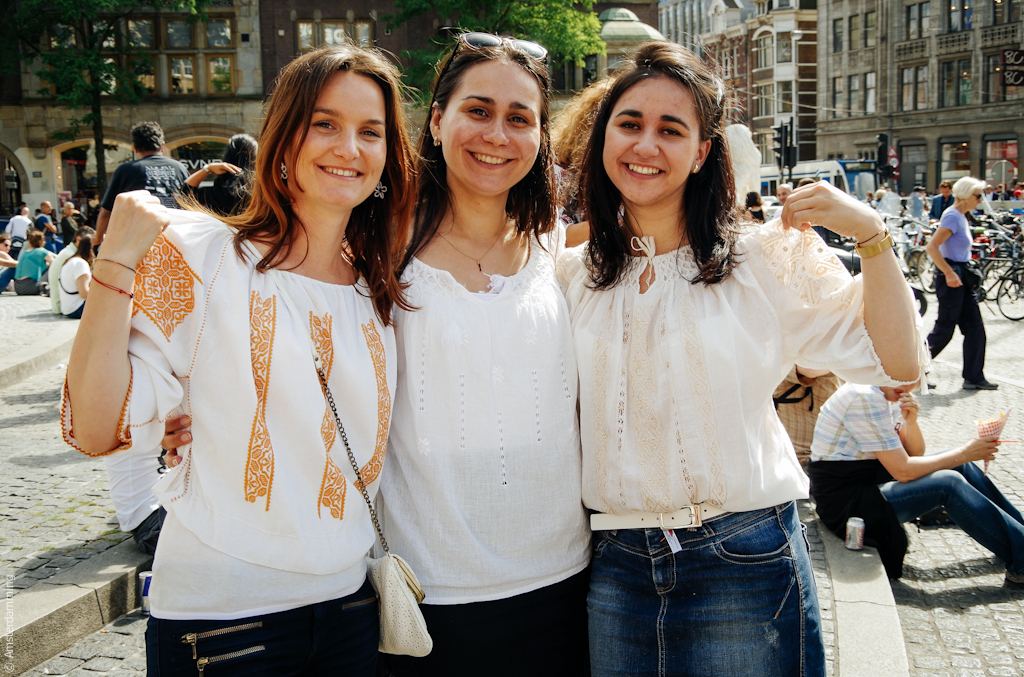 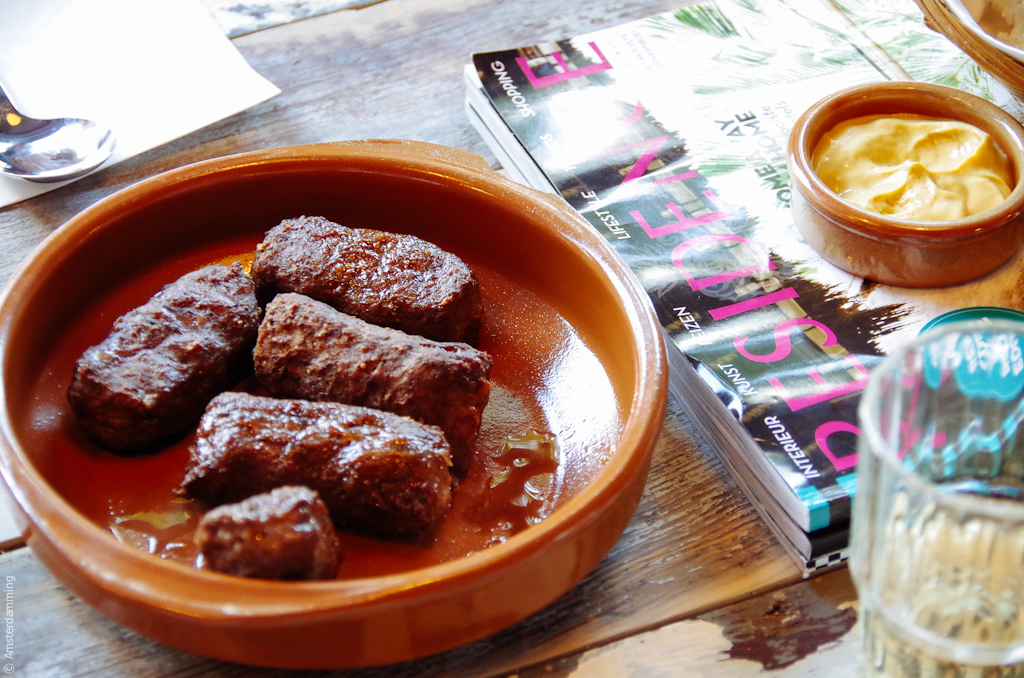 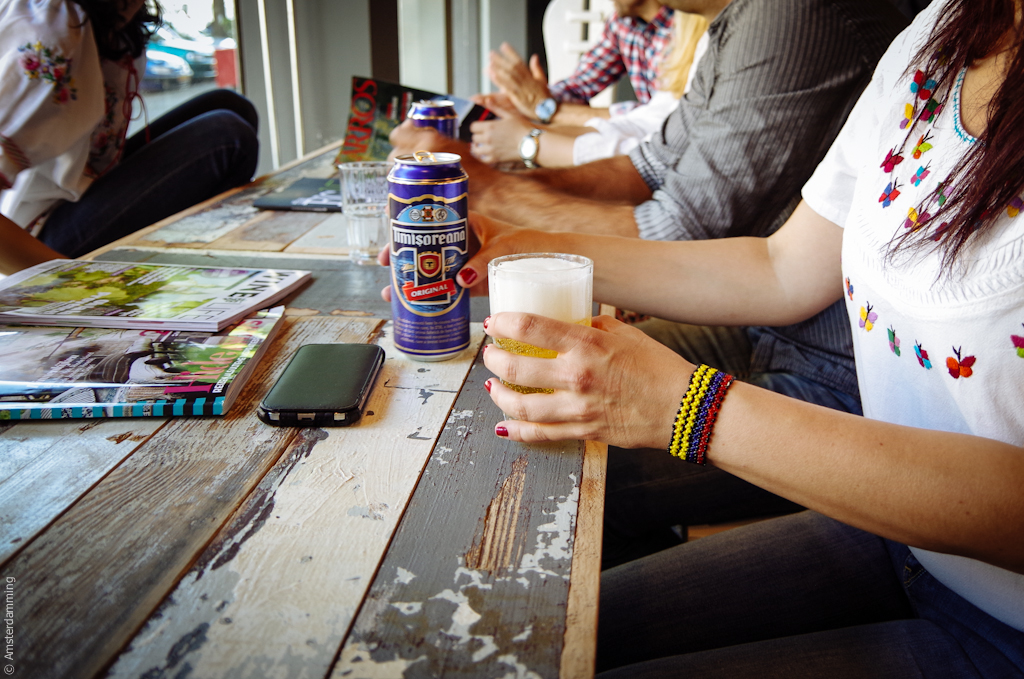 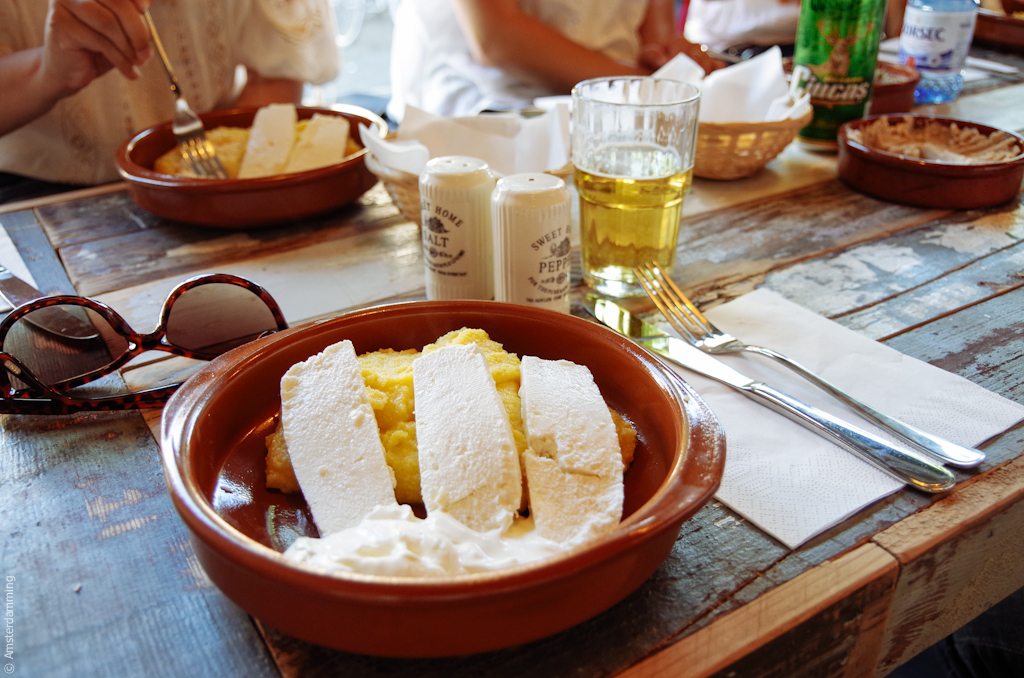 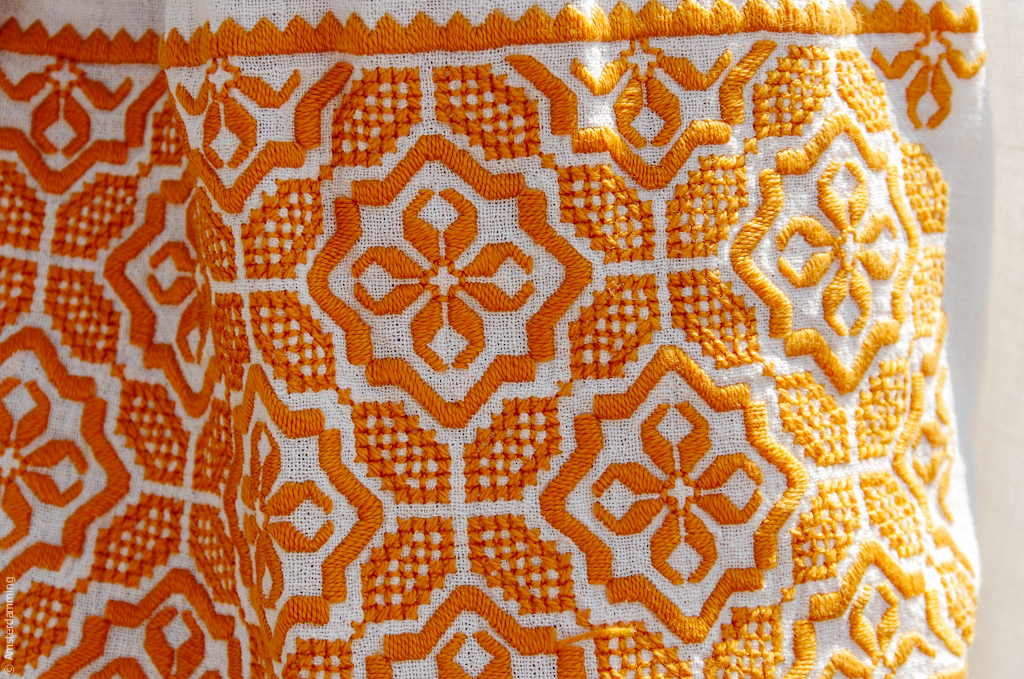 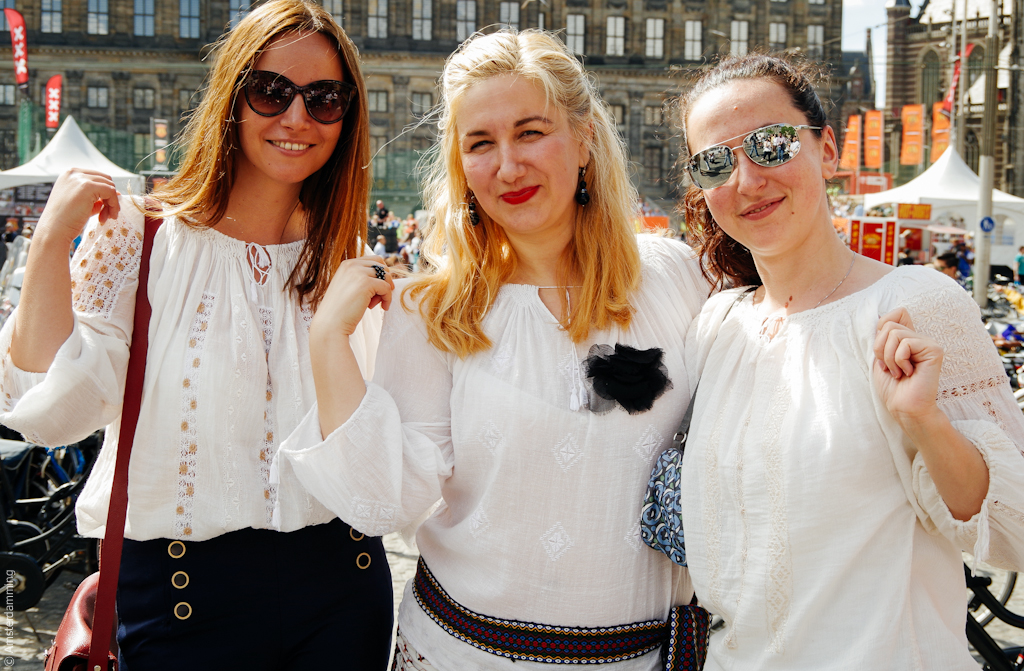 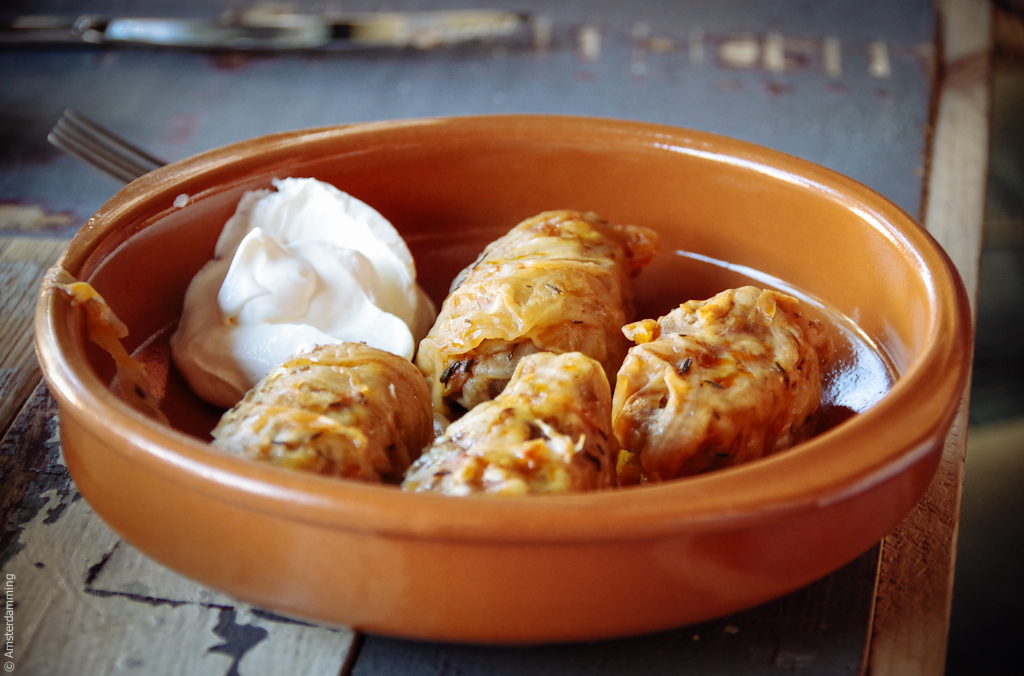 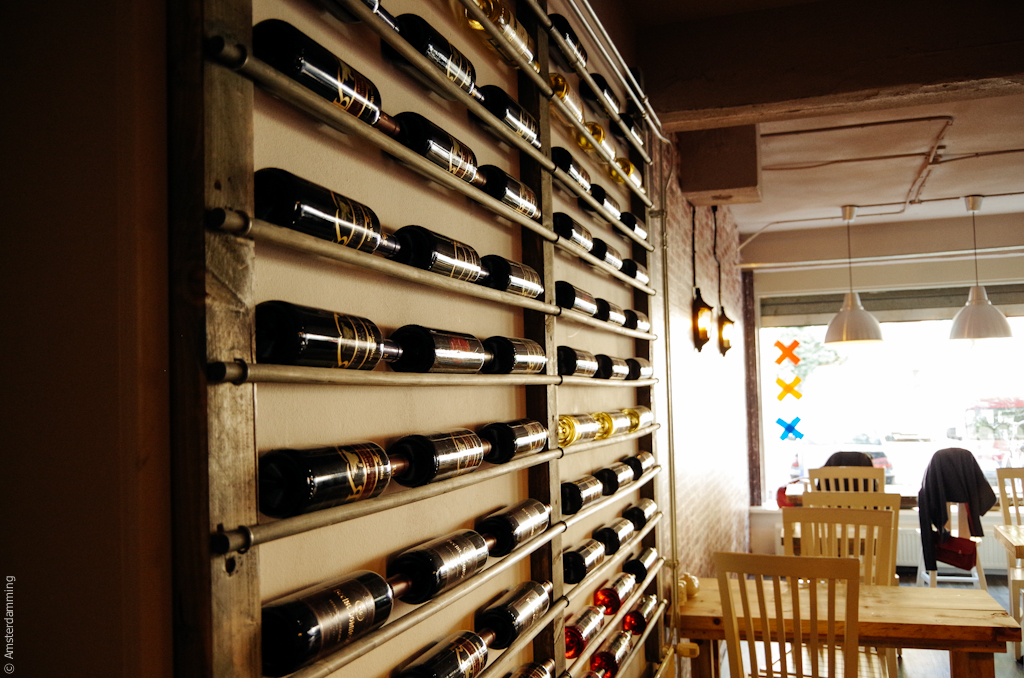 Nice story, nice people. The Moldavian traiteur looks good and tasty too 🙂 All the best from a Amsterdam based Romanian.

[…] the East, away from the hustle and bustle of the “more attractive” areas of Amsterdam. Celebrating Midsummer in Dam Square with other Romanian fellows, all wearing the traditional Romanian blouse, is another nice thing to […]

[…] 24th is the international day of ia, the traditional Romanian blouse. Just as on previous years, Romanians living in Amsterdam gathered to celebrate […]