The world would be a better place if there were more people like Ana. This is the first thing that comes to mind when thinking of my Portuguese friend, who traded Lisbon with Amsterdam in 2012. By profession, Ana is an actor and a writer. As a human being, Ana is real, vibrant, generous, magnetic and full of light. It’s enough to meet her for a coffee and hear her talking to feel energized for the rest of the day – and to feel lucky to have her in your life.

A day in the life of Ana is simply not enough to cover the stretch of her personality and to delve into the relationship with her lover, Amsterdam. Yet I dared to think a couple of hours, between lunch and dinner, would suffice to follow her out and about in the city, to hear her talking, and take some photos, too. “What do you mean you can only stay until two?” she said when we met for this post. “It’s one day in the life of Ana, not two hours!”

We were supposed to cover the Westside, where she hangs out a lot recently, but as I left home that day I got a call. “Change of plans! We are definitely meeting in the East. How could I even think differently?” I was relieved to hear that. I could not imagine a better day in the life of Ana elsewhere. Oost is the neighbourhood where she first lived in Amsterdam and it holds a special place in her heart. “But this is just the East edition, OK?” she added later on. “There are still so many other places I cherish in Amsterdam!”

The East edition could not have started in any other way than with a cup of coffee and a slice of toasted banana bread with butter, at any other place than Coffee Bru, one of Ana’s favourites. She was late, apologetic and extremely excited when she arrived. There were writing assignments to do – some pleasant, some not so much – and she shared with me the latest version of an article she was working on and for which she had a deadline that afternoon. Cappuccino aside, she then turned on the laptop to send the file. If only it were that easy! Ana’s relationship with computers reminded me of my own, which involves a lot of nasty words toward the malicious device and its applications. Peace and harmony were restored once the document left the laptop in the right format and at the right time. 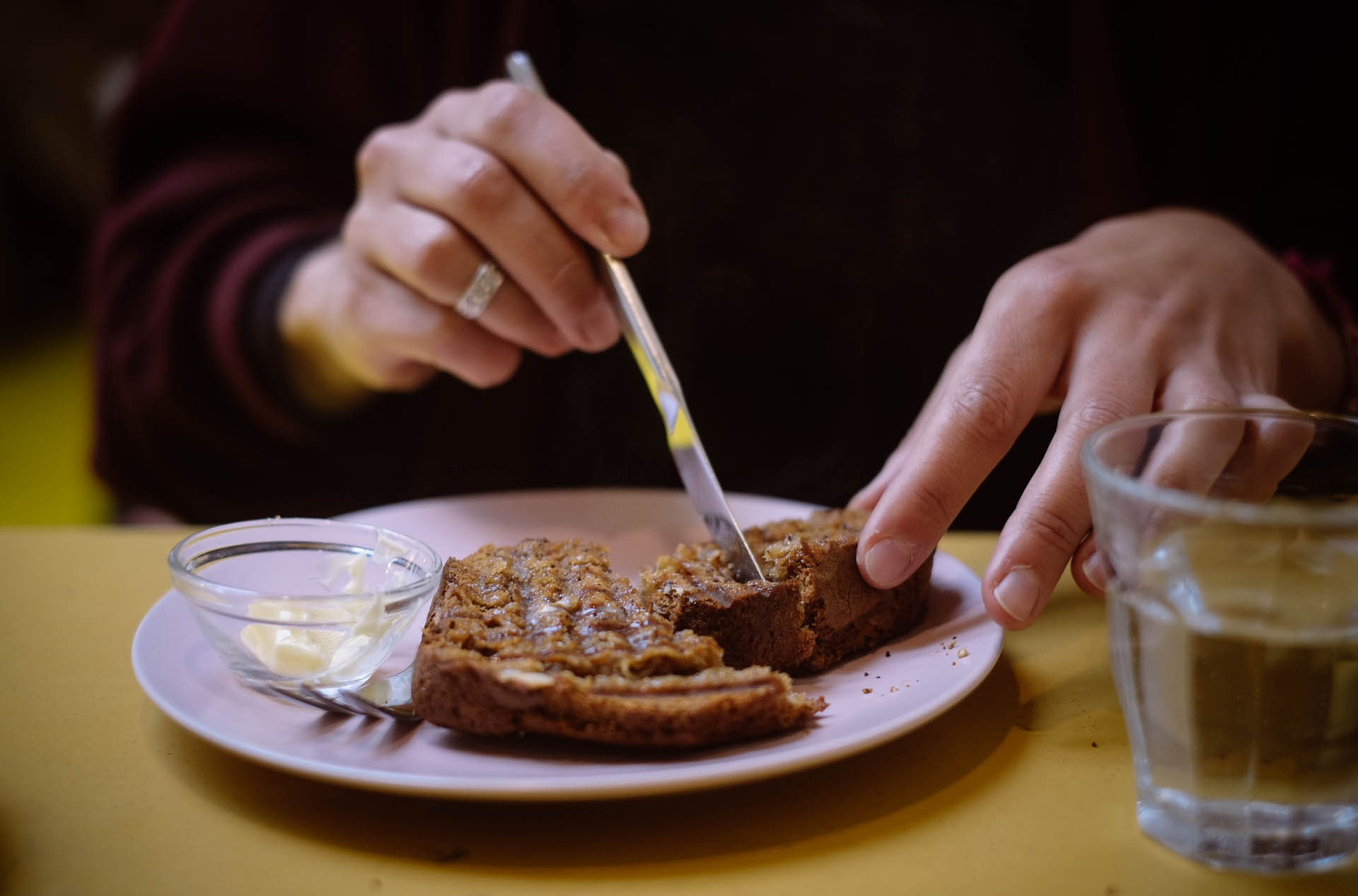 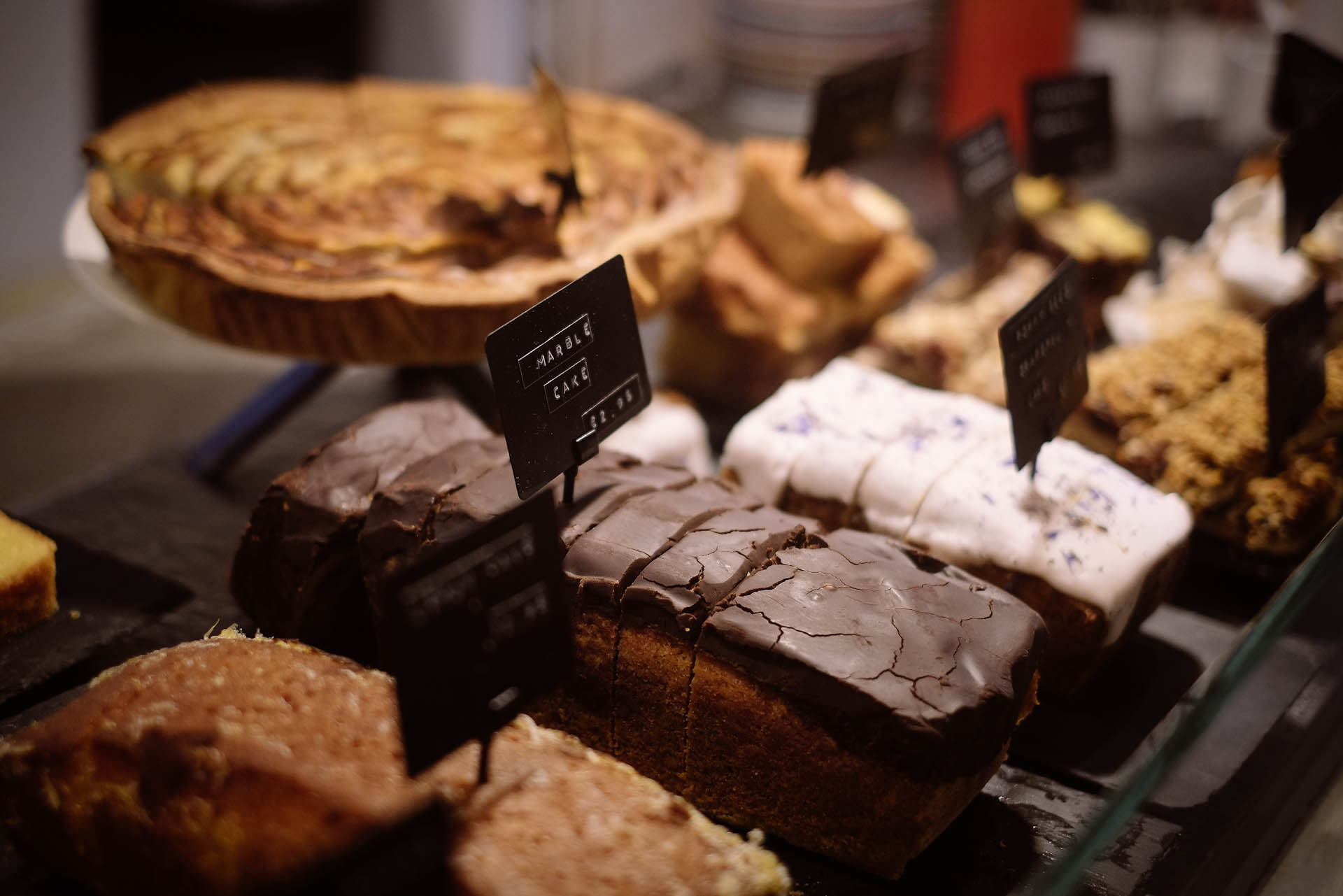 Time for a walk in the Oosterpark. It was a grey and wet day at the end of November, so nature was not exactly glamorous. Wearing her red winter coat, a purple scarf, some dark green leggings and a floral backpack, Ana could not care less about the weather. She was in the mood for photos, and so we took some by the almost naked trees, the flower leftovers and the lake. “Not with the ducks!” she demanded. “Ducks are boring and such a cliché in Amsterdam. But look at that wooden dinosaur! Now that’s interesting!” 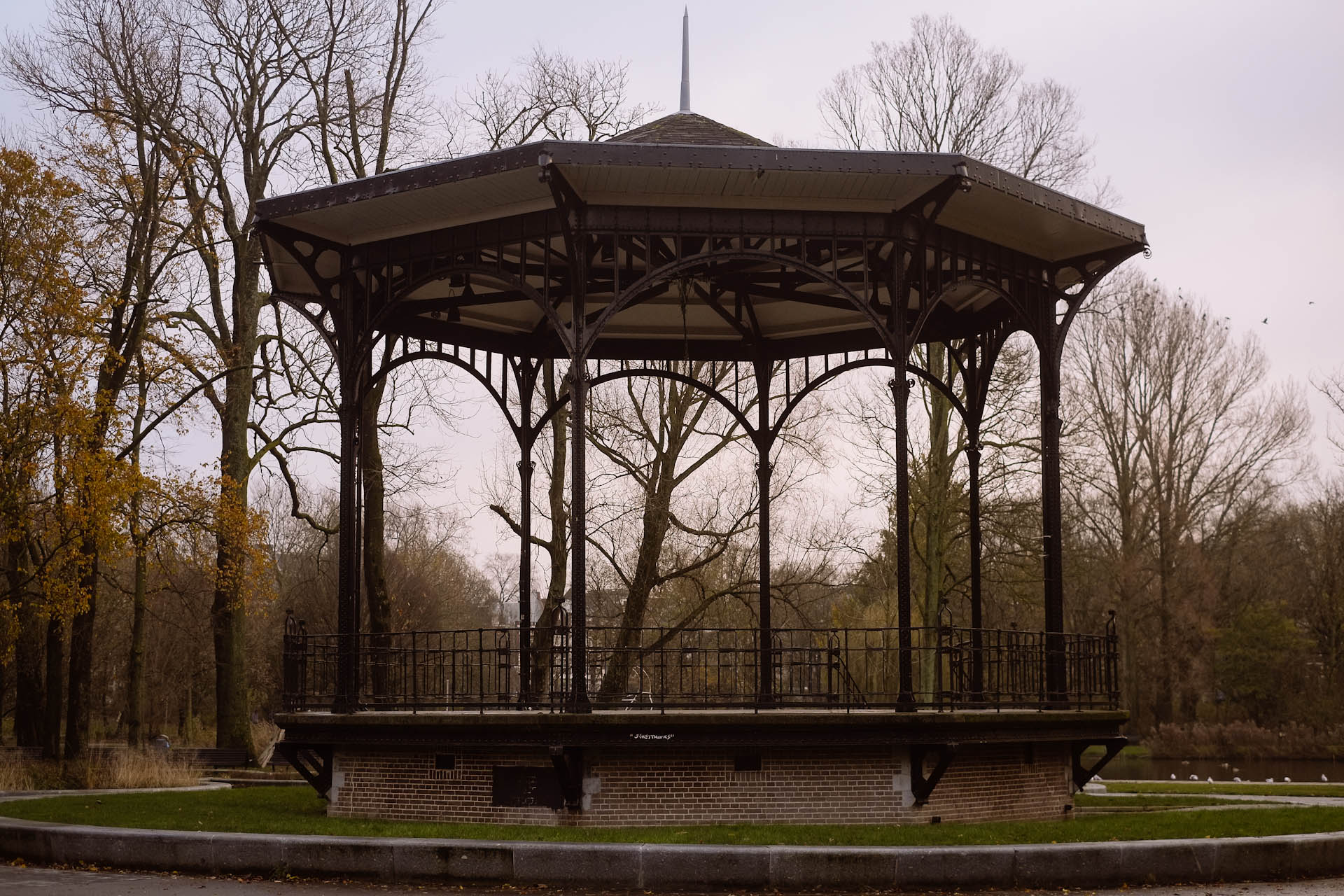 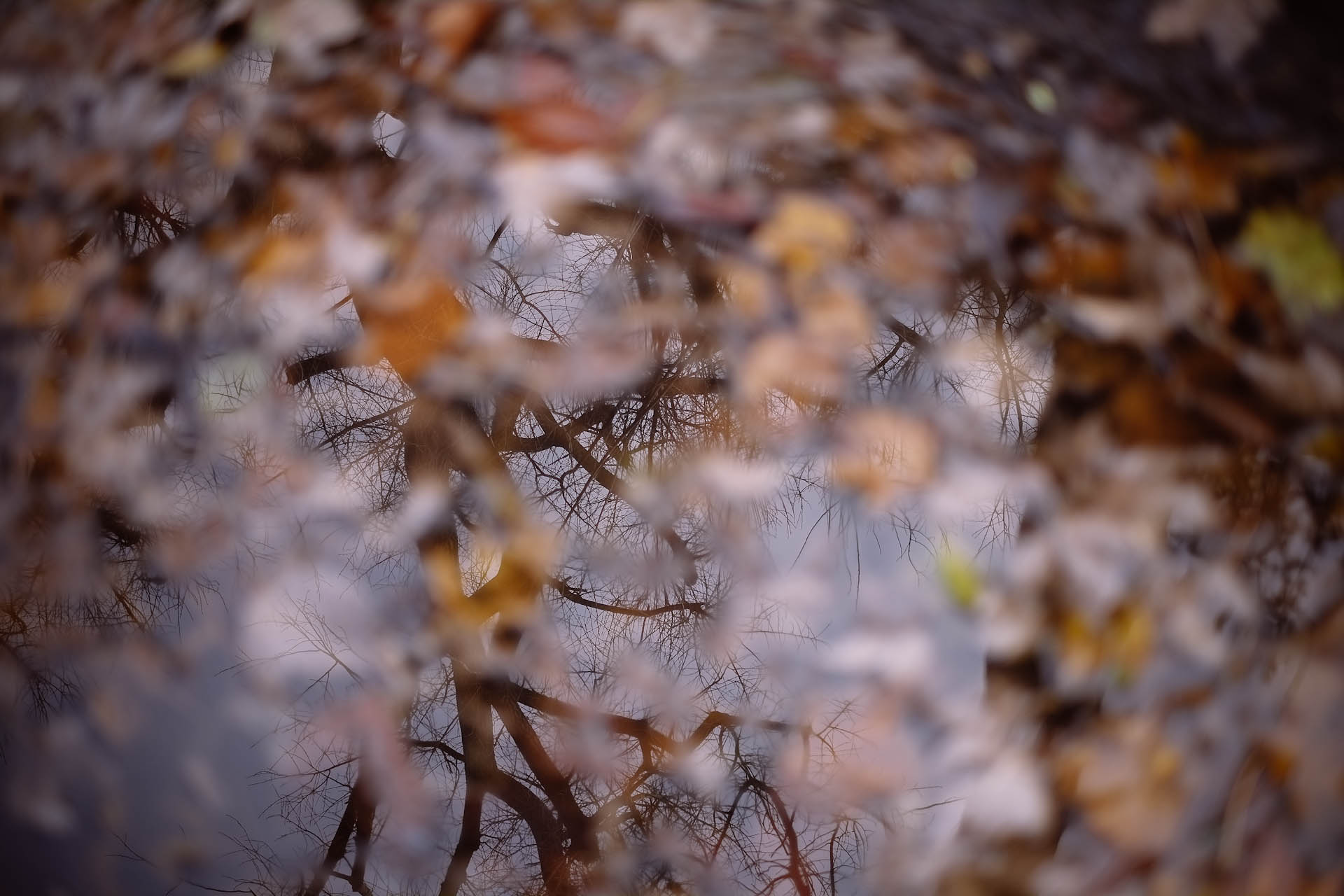 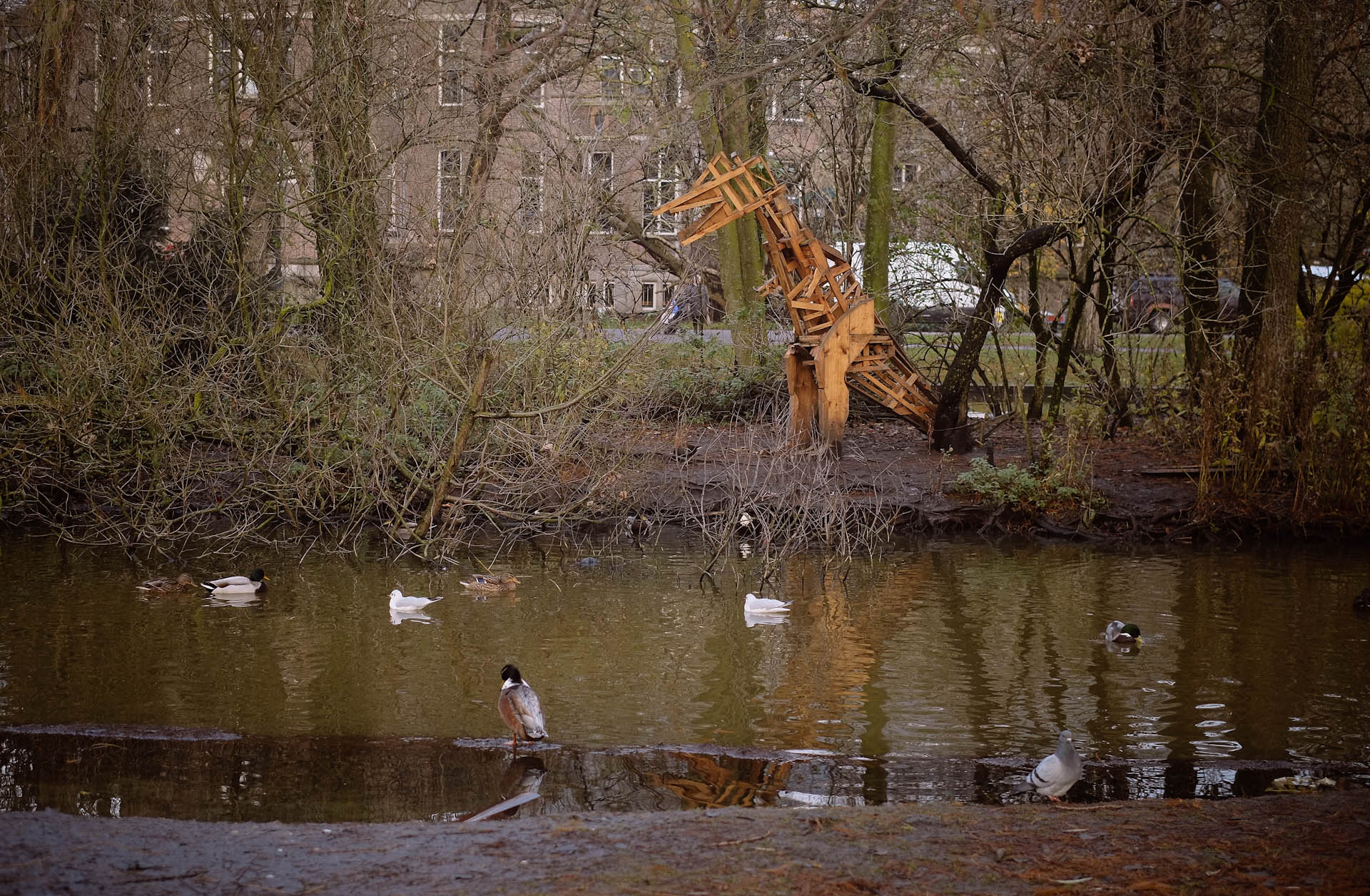 When we reached the bridge with the tiny faces, we had to stop. Although she had been to Oosterpark countless times before, as it is often the case in Amsterdam one can still be surprised and feel that he/she is still discovering the city. “I haven’t seen these before!,” she said and I could tell how excited she was. Before I knew it, she started posing next to each face – the grumpy, the bemused, the sad. She was unstoppable in trying to reproduce on her own face the emotions of the red wooden faces. “Look up,” she eventually said, pointing to a tree empty of leaves and full of birds. “There are so many trees in the park, and yet they all decided to sit on this one. So funny!” 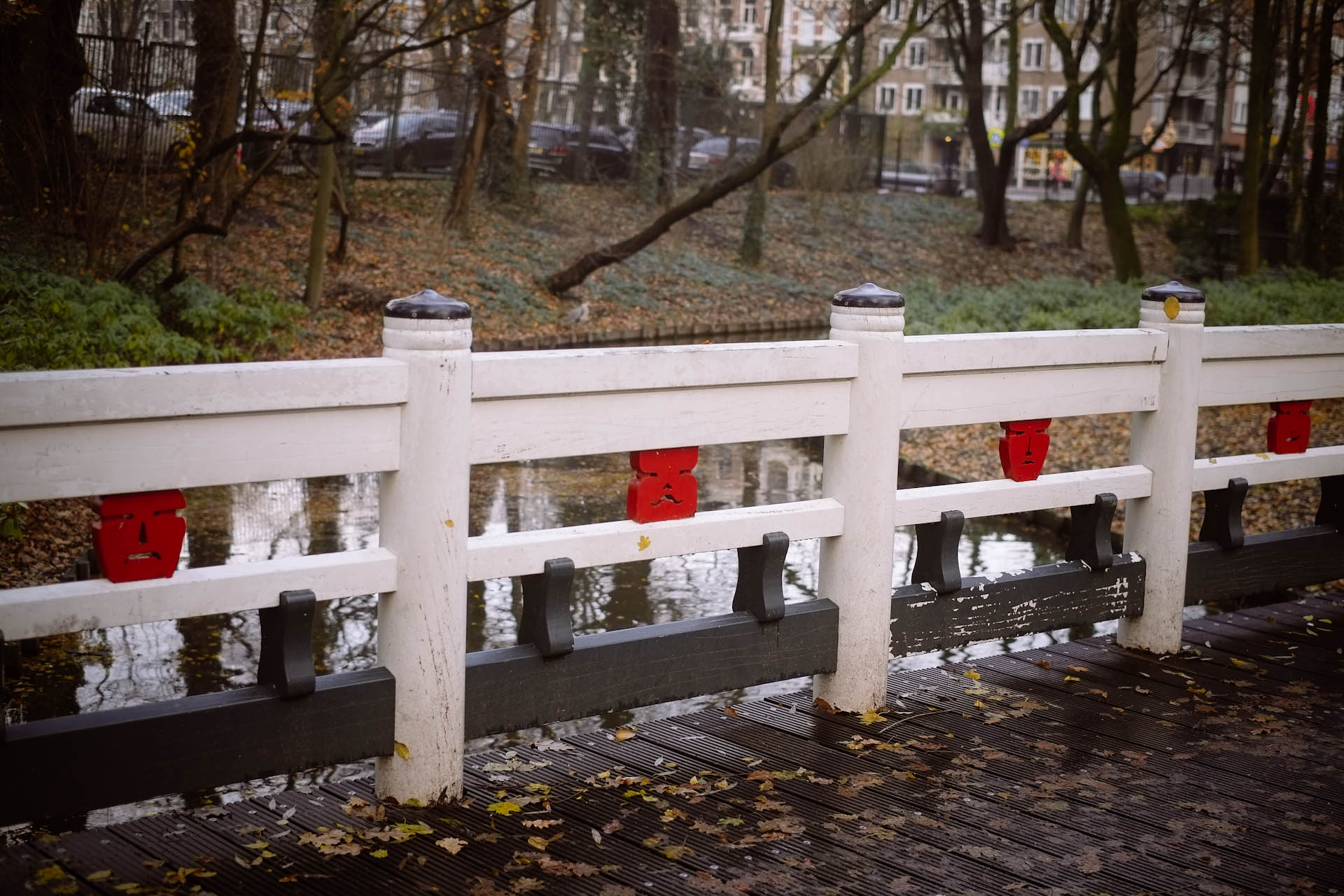 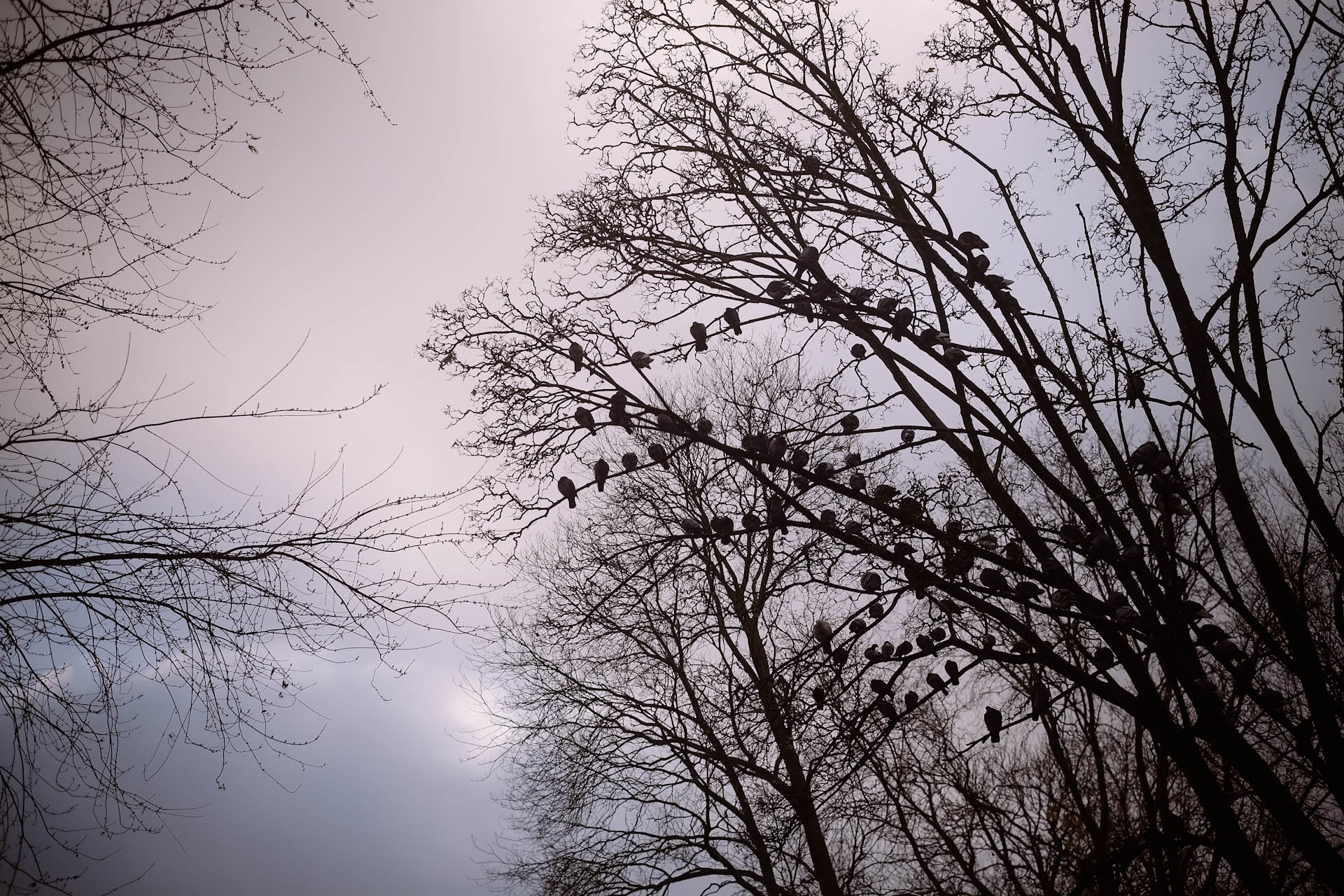 Our destination was the Tropenmuseum, The Museum of the Tropics. “This is a place I strongly identify with,” she said on our way there. Then, looking at me, eyes wide open: “Did you bring your museum card?” I didn’t. So we just hung around the building, taking photos, and asking Ana to tell me more about her fascination with the place. “Portuguese people and the Dutch share a similar colonial past. Unlike the Portuguese, who still consider a tabu talking about slavery and other such horrendous things from history, Dutch people dare to embrace these subjects, they assume their past. People can come to this museum, learn and discuss these topics. I think this is a conversation that is essential to have.” 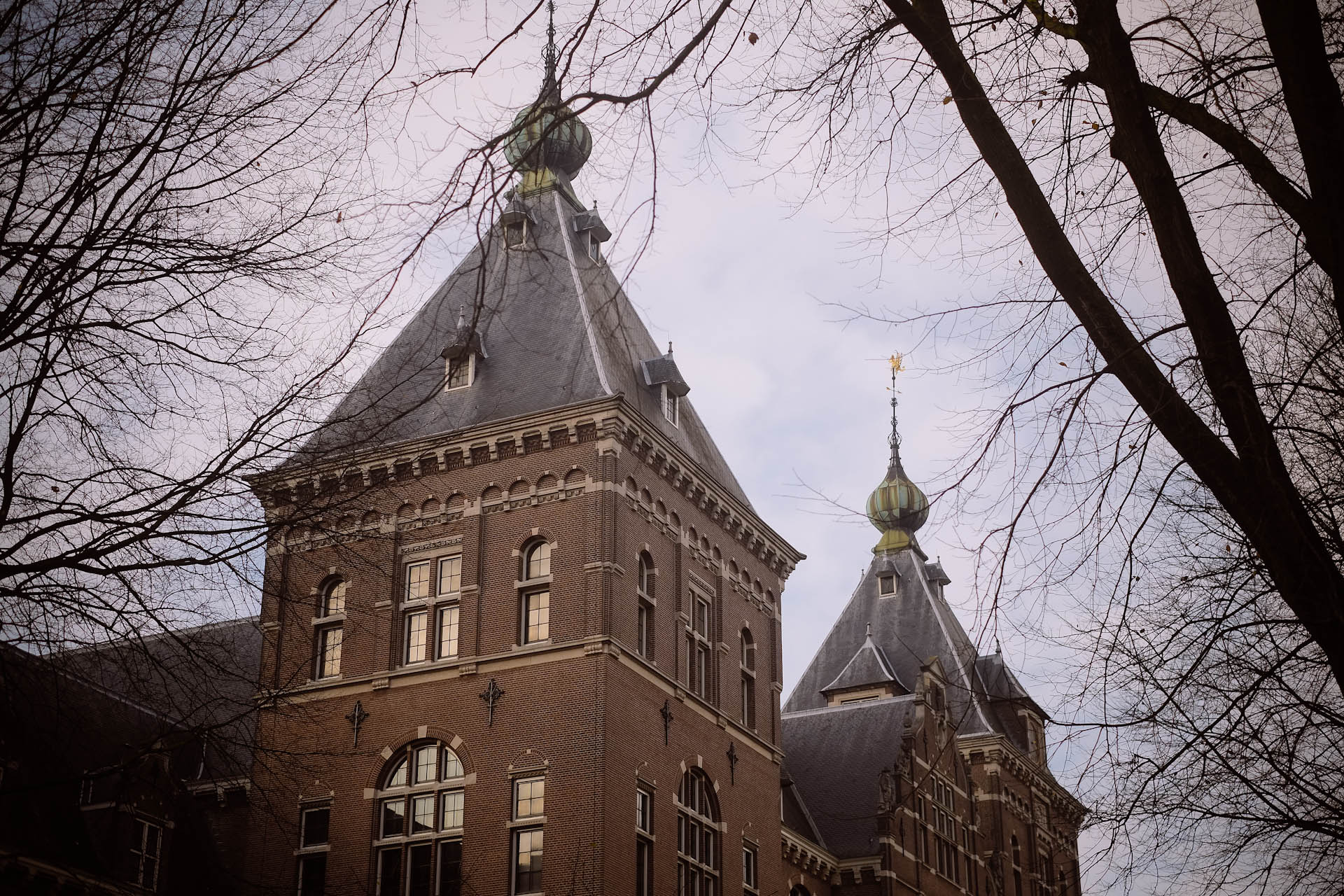 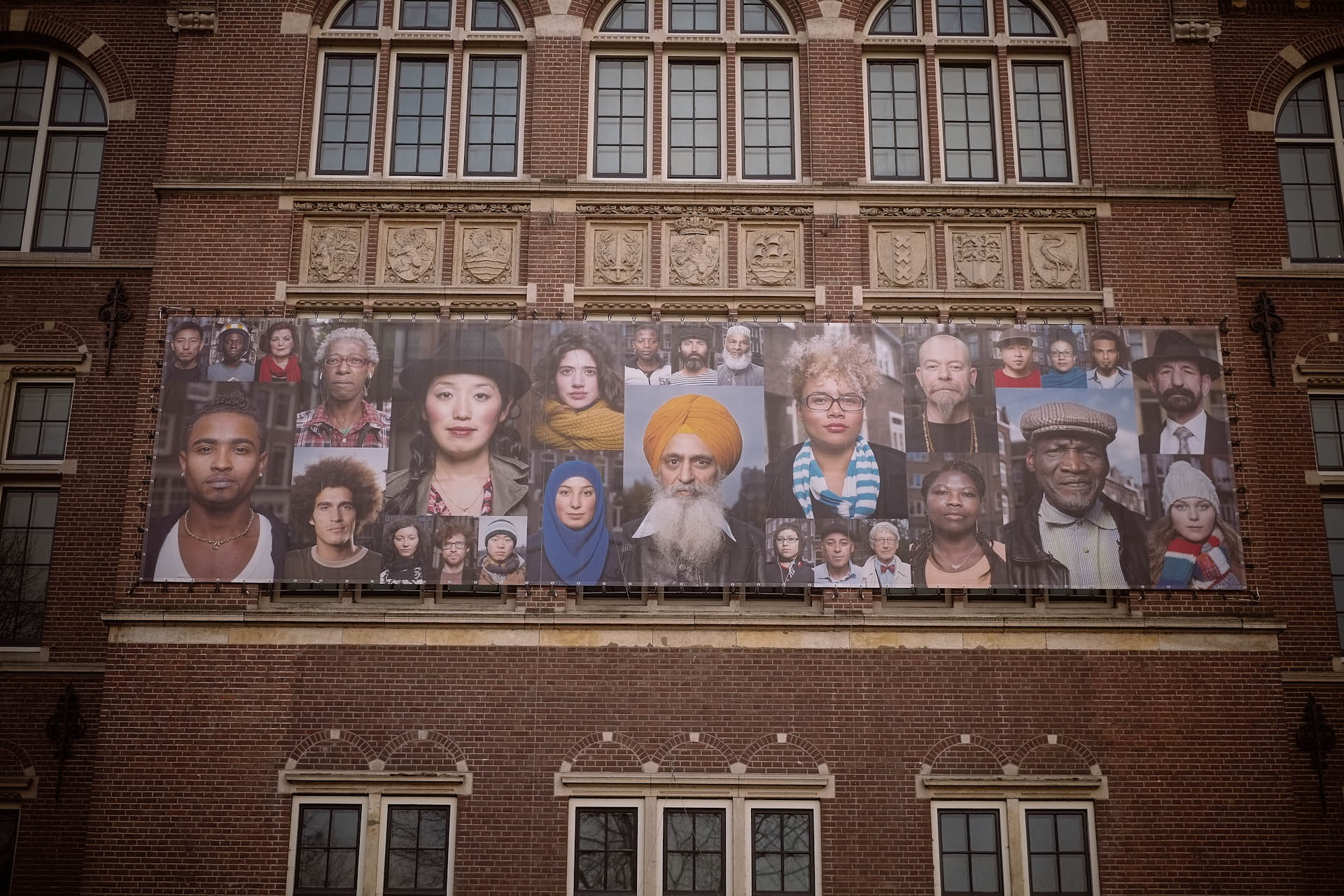 Just as before, when she saw the wooden faces on the bridge in Oosterpark for the first time, it was my turn to discover something. There was an almost hidden residential alley behind the Tropenmuseum. “I have walked along this road so many times and yet it’s the first time I’m seeing this!” I said. Ana knew the place and she let me enjoy it the same way she enjoyed making faces on that bridge in the park.

When we resumed our walking, I told her about people who only go out for photos when the trees are green and the flowers in bloom. “No way!” she said. “Yes, it’s a true story. People think grey days like this one suck and there is no reason to bother getting out of the house, let alone taking photos.” I looked at the steam rising up from rooftops in the milky light and at the boats moored along the water at Alexanderplein. Seeing Ana as enthusiastic about our walk and small discoveries as I was filled me with sheer joy. 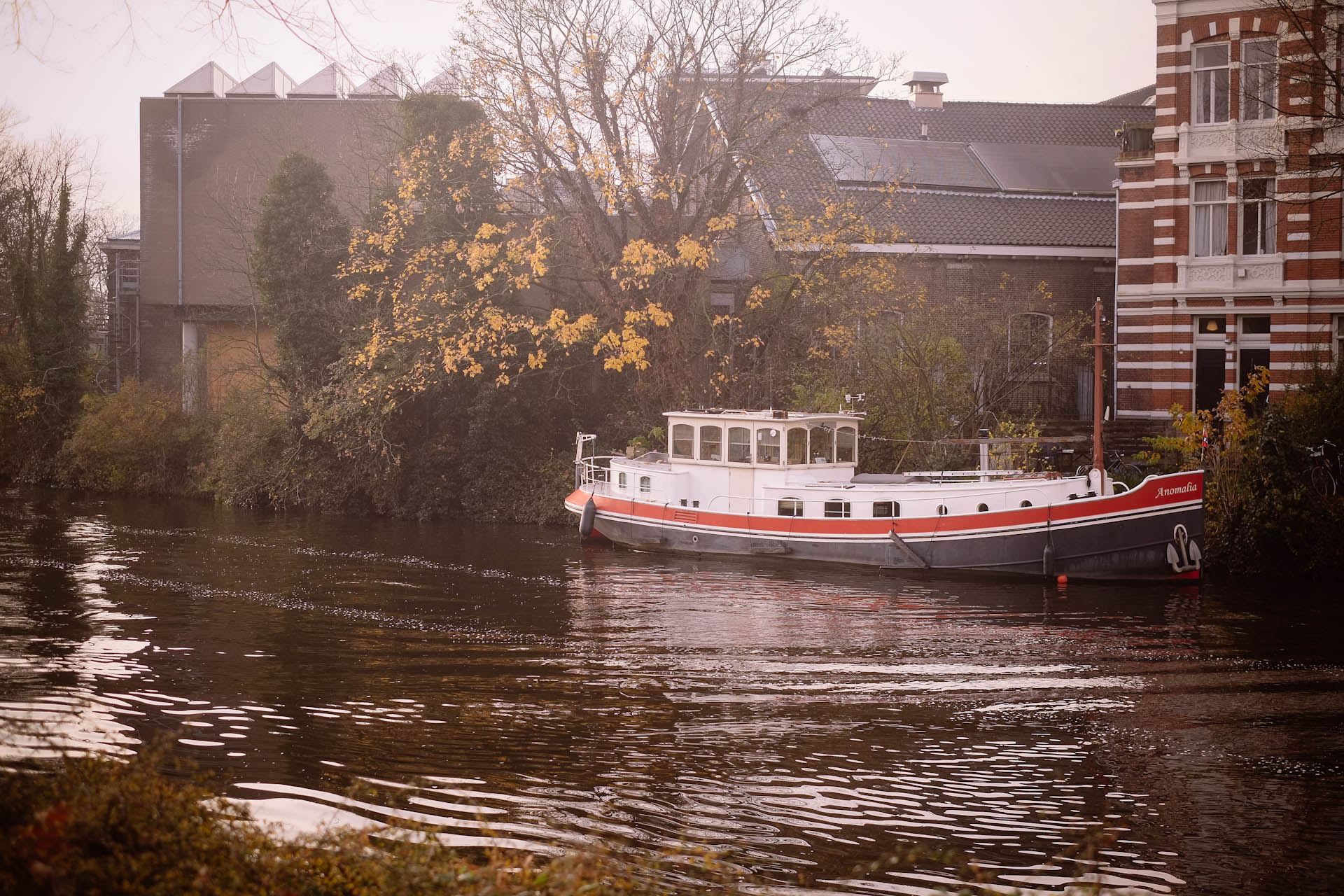 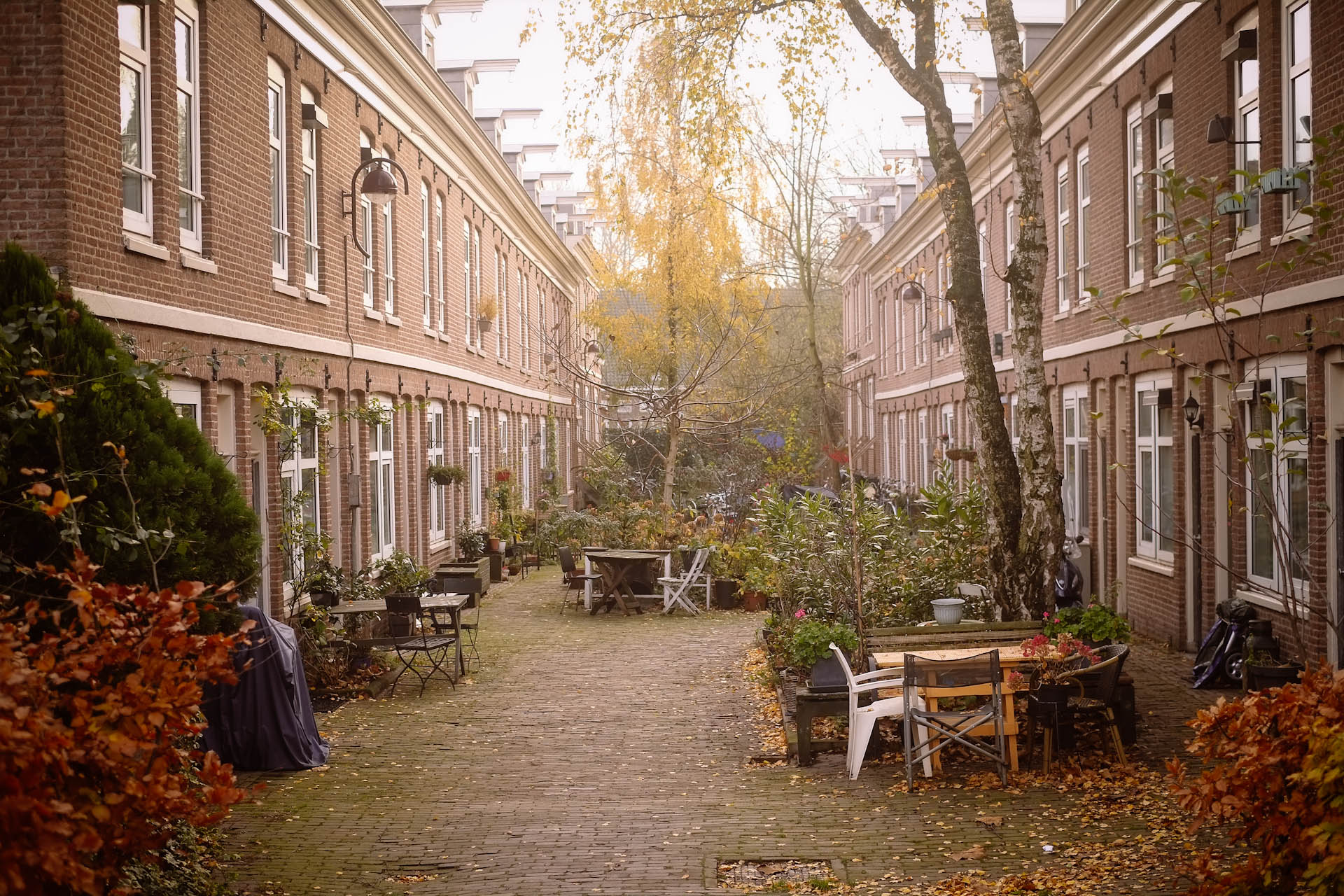 The next mandatory stop was Kriterion, the cinema-plus-café run by students. I was happy when Ana suggested we had some lunch there and warm up a bit. We could barely find a free table, there were students everywhere. Some were studying on their laptops, some were busy with books. It almost felt as if we were at the University again! “I love this place,” I said while sipping my lemonade. I knew it quite well, my boyfriend and I use to go there for movies. “It also makes me feel so.damn.old!” We laughed.

Our hummus burgers were late and we made a connection between this and the guy going in circles around the tables with what seemed to be two plastic baskets in his hands. I looked at Ana, Ana looked at me. We both looked at the guy again. “What’s going on with these people?” she said. “They’re students! They’re having fun. They couldn’t care less about our empty stomachs,” I said. Ana stood up and went straight to the bar, in search of the guy with the baskets.  She returned with two plastic baskets, each of them containing a hummus burger. 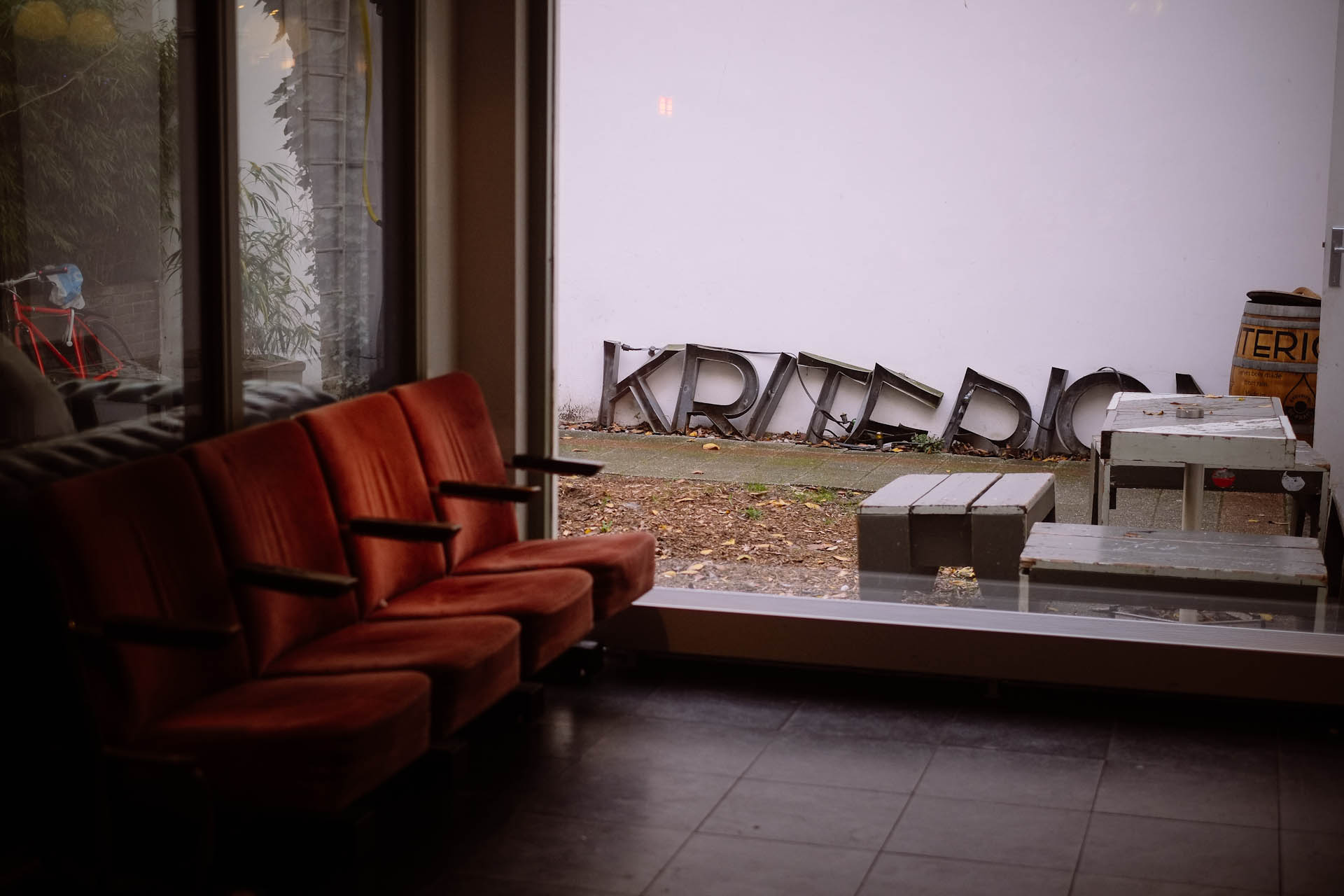 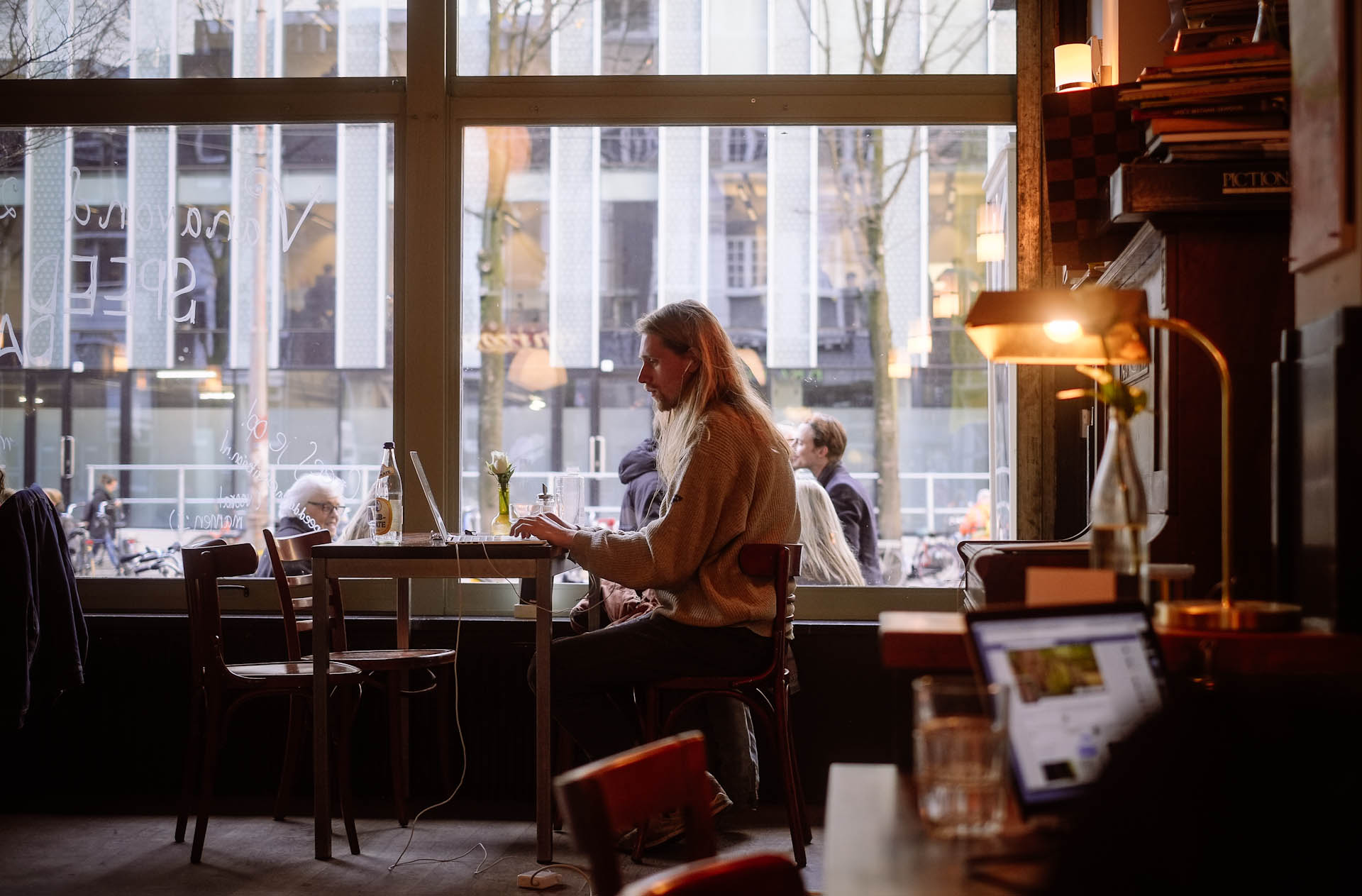 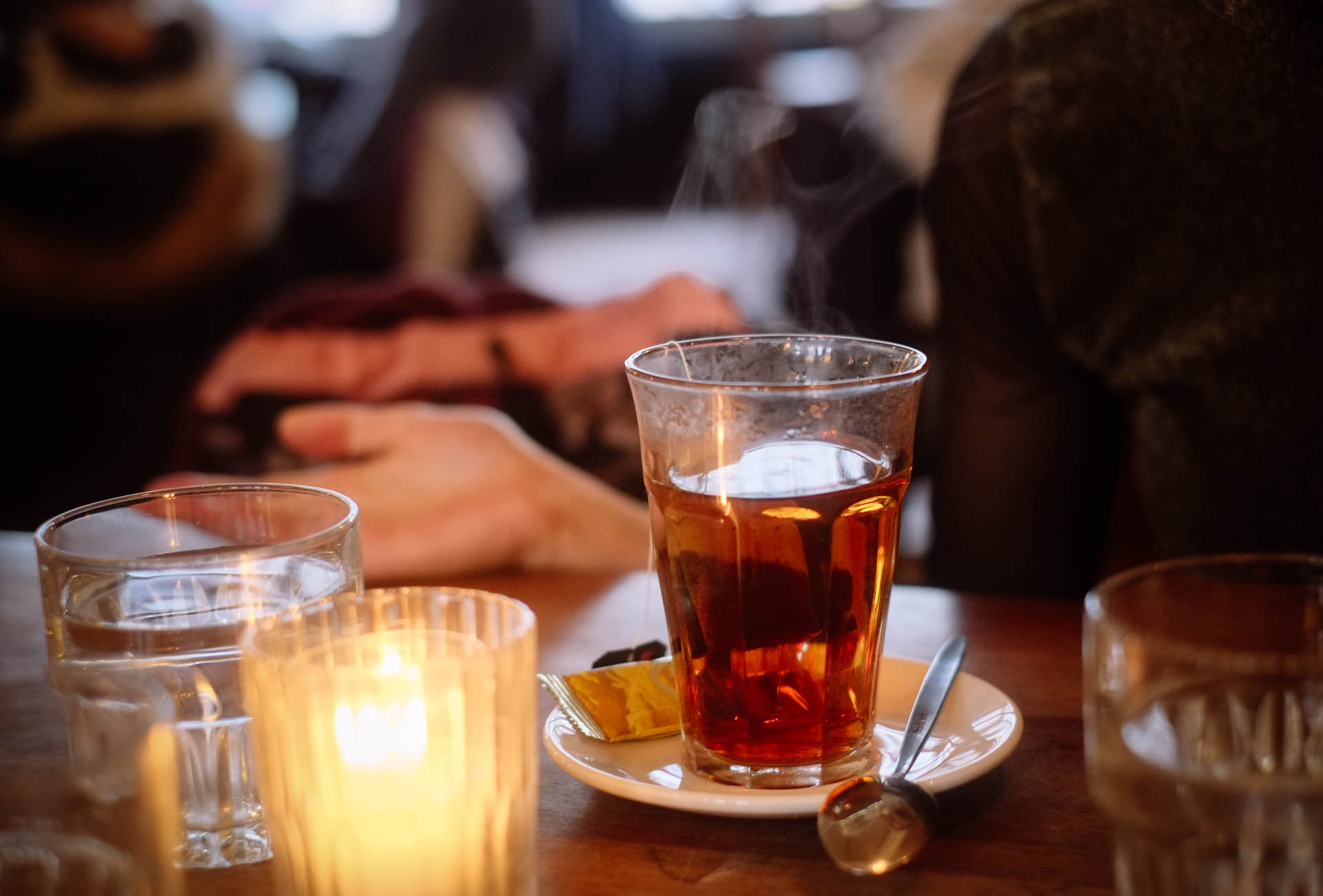 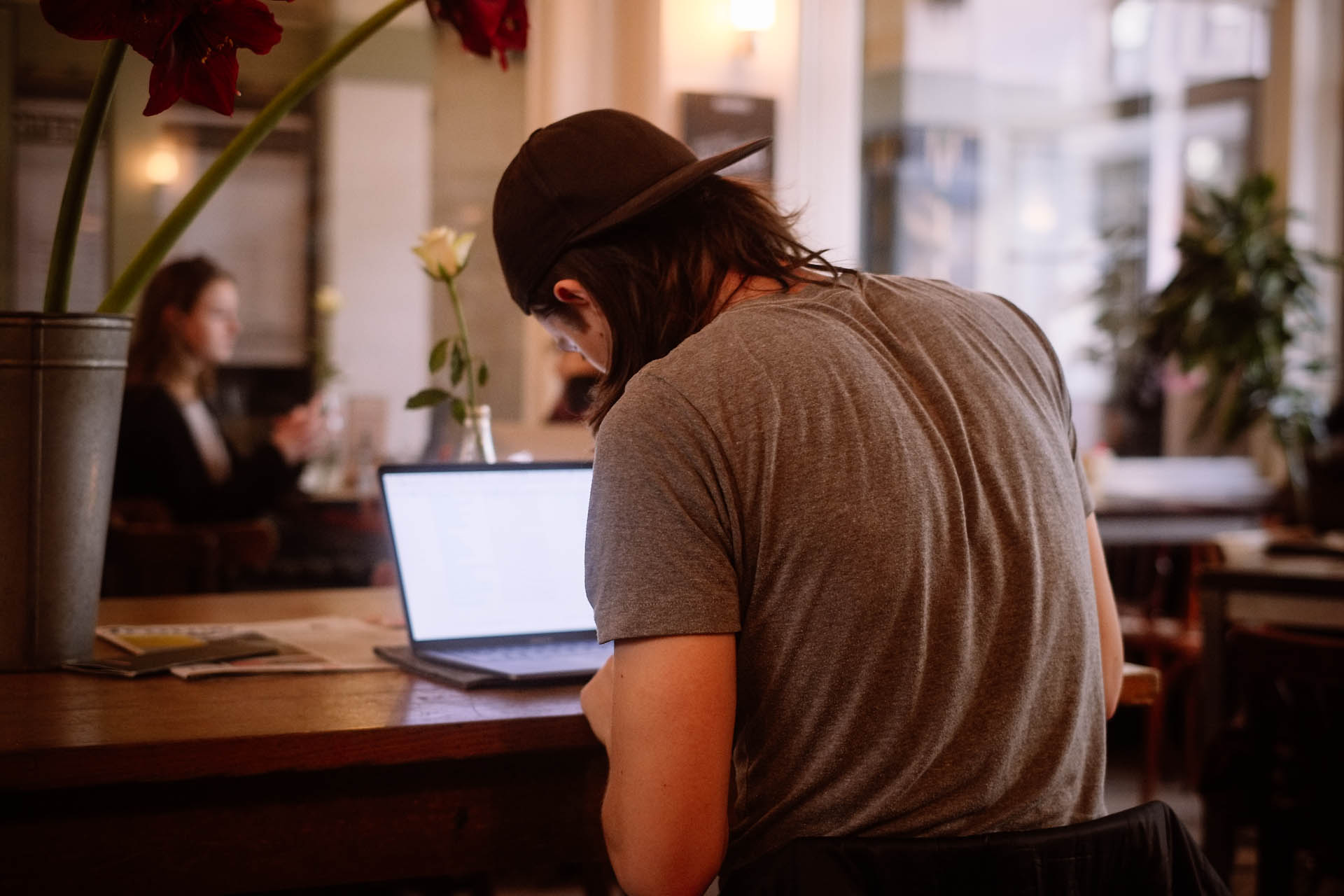 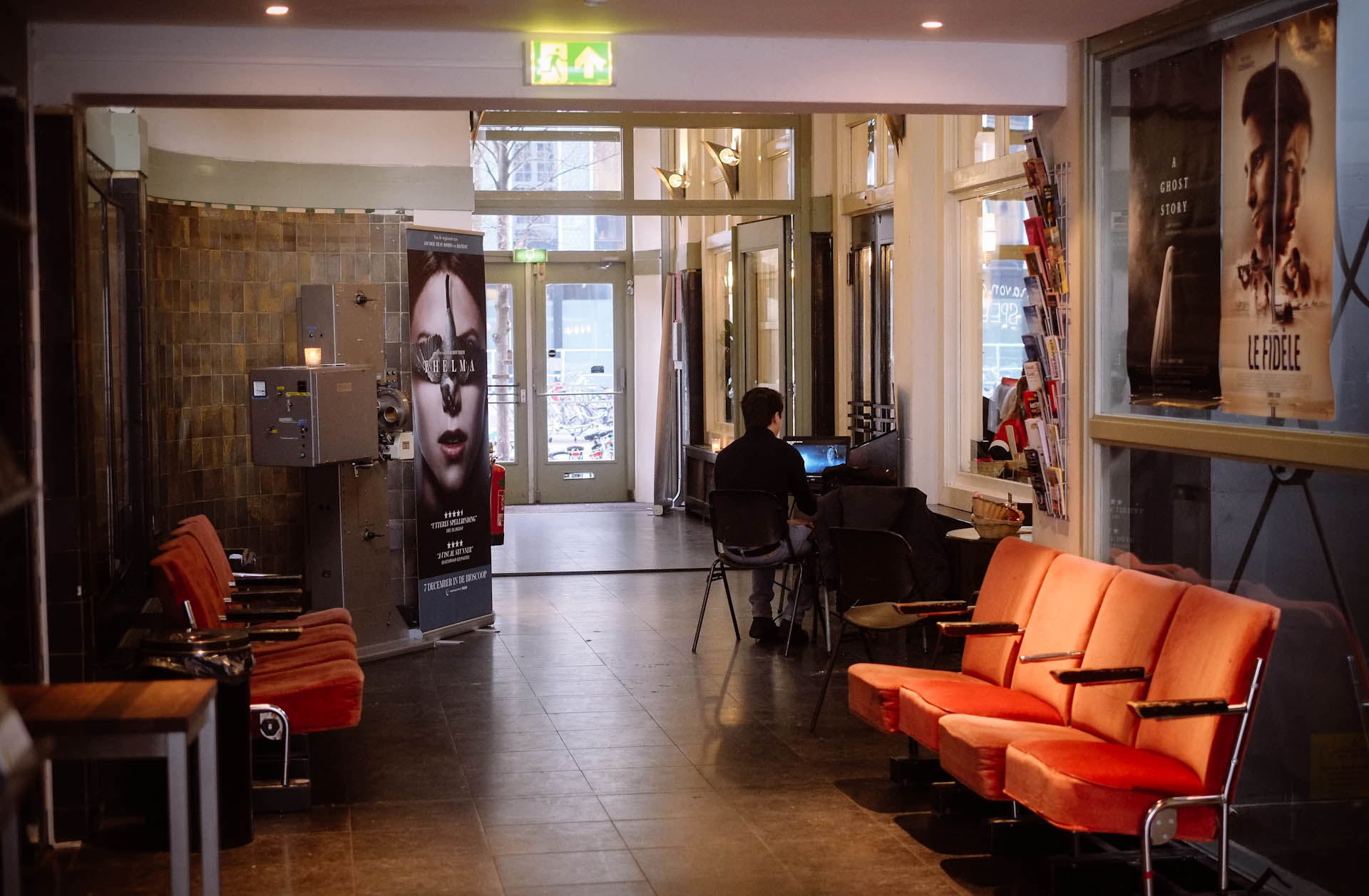 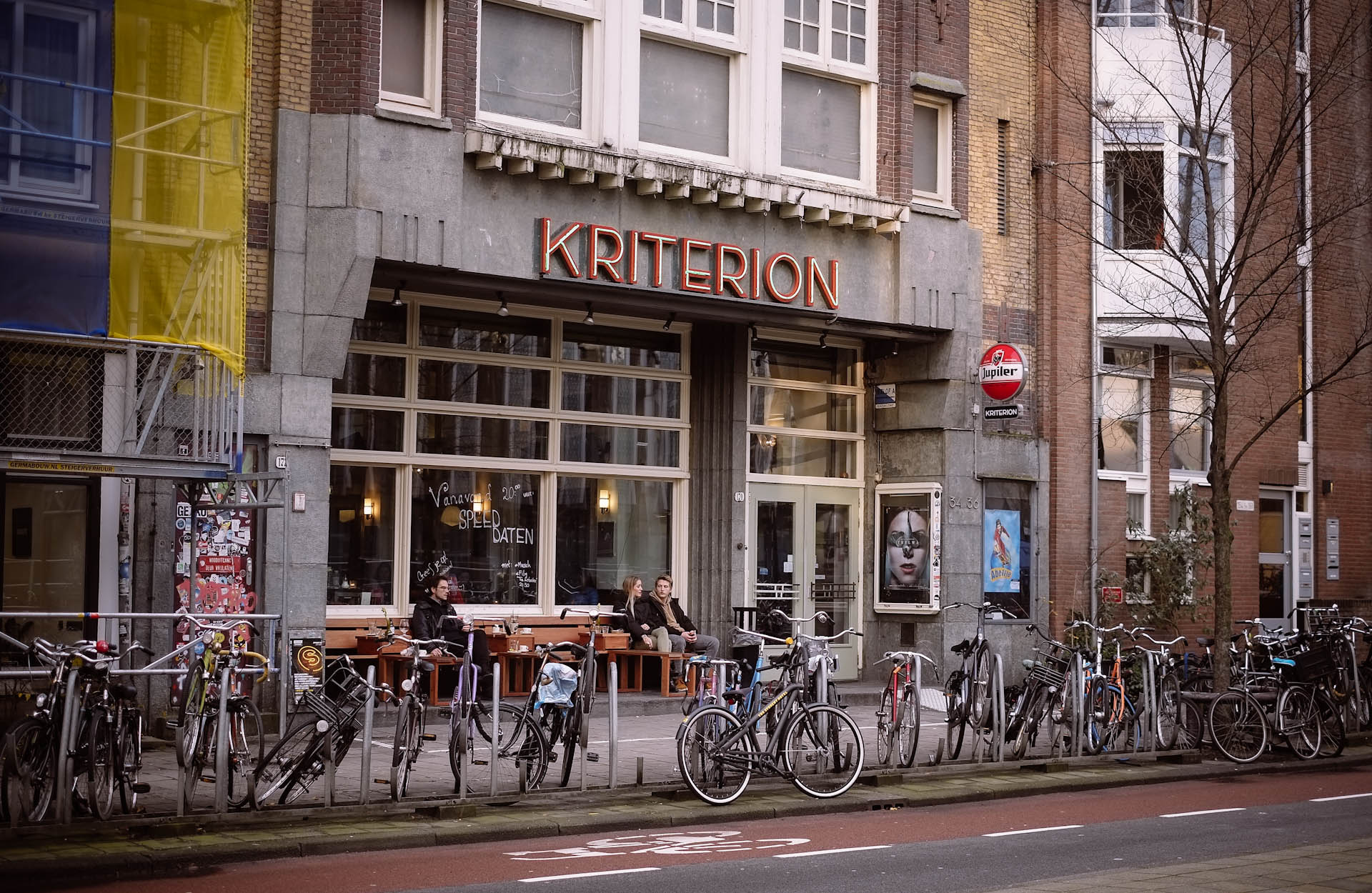 “Now we must go to Brouwerij ‘t IJ,” she said wrapping the scarf around her neck, ready to leave. “Time for a biertje!” As much as I liked Brouwerij ‘t IJ, I knew I reached my limits. There was no way I could put up with Ana’s energy levels. In my head, I was already thinking of changing the name of the post to “A Week in the Life of Ana” and suggesting to meet daily until we finish it. That way, maybe, we could fit it all in. “OK, we leave the brewery for another time…” she said eventually. And then, raising her pointing finger: “But we still go to the Javastraat! I need to do grocery shopping.”

We went to the Javastraat. I had persuaded Ana to take the tram instead of walking. “That’s fast,” she said looking out of the window, at the same time trying to keep her balance. This made me laugh. Did Ana really use her bike all the time? She looked like an alien in that tram. A curious alien.

The moment we got off at Javaplein, Ana’s eyes filled with a fuzzy glow I myself experiment whenever going to the West, my first neighbourhood in Amsterdam. She looked happy and a bit emotional, too. We walked along the Javastraat, with Ana stopping every now an then to look into the windows of the places we were passing by. Not that she was interested in having cocktails at any of the trendy bars or shopping for home accessories at any of the boutique shops that, in the recent years, had popped up like mushrooms after the rain amongst Turkish bakeries and other ethnic shops. It was the realization of how much the street had changed. 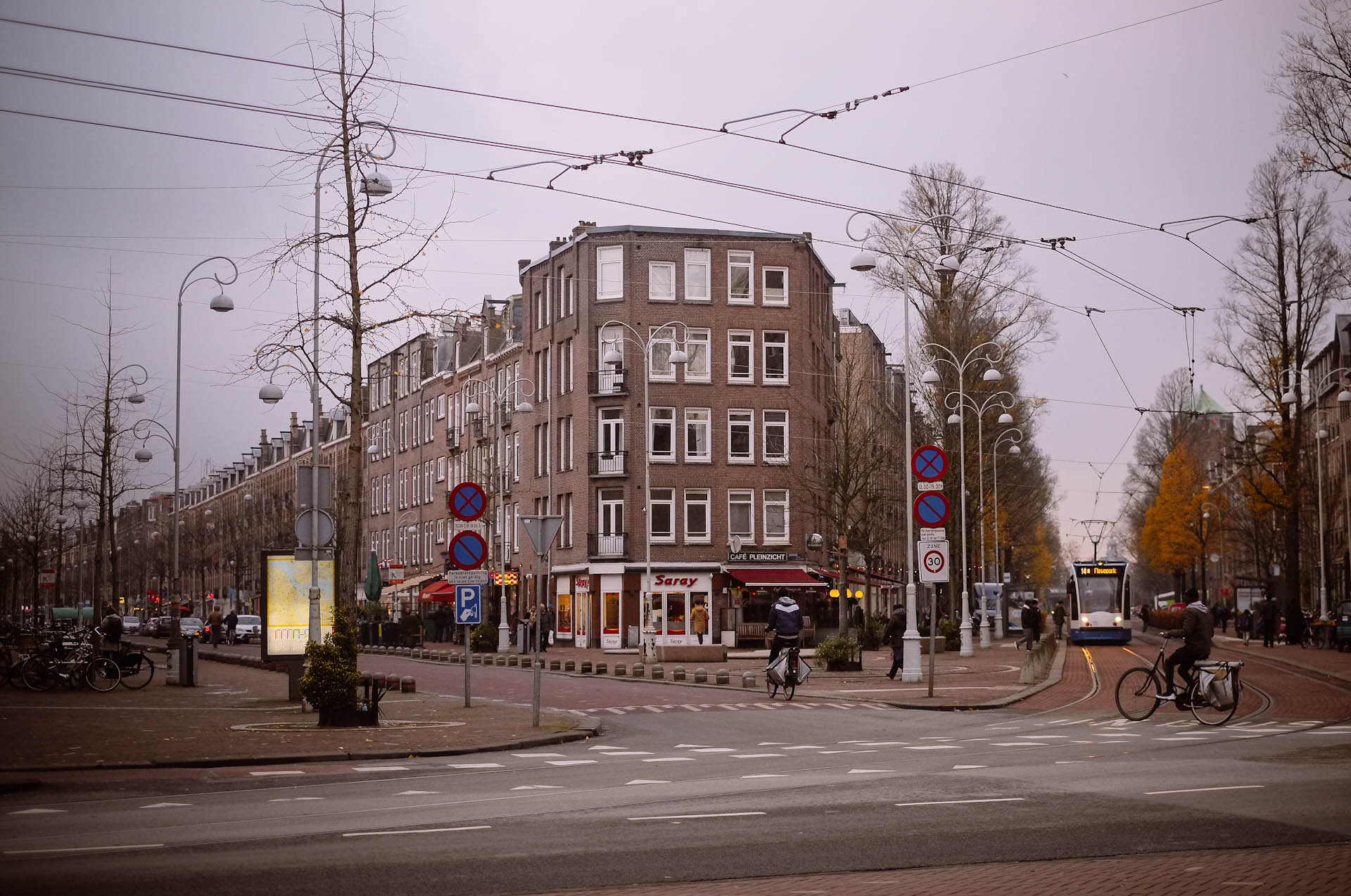 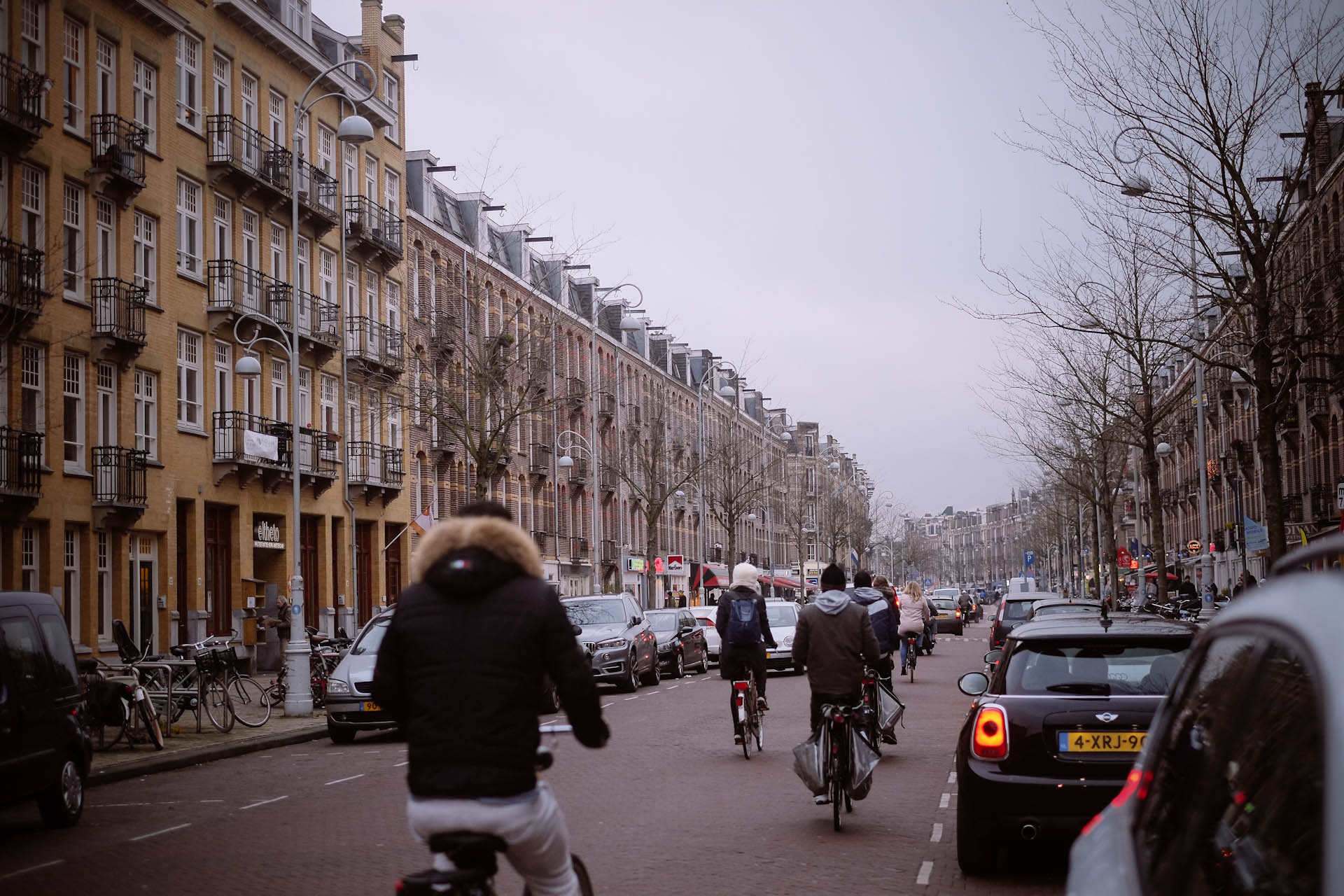 I followed Ana inside a low-key grocery shop. The Turkish man at the cashier smiled and greeted us. Ana bought spinach, tangerines, almond milk, some nuts, and a funny looking vegetable from the cabbage family. “If I ever go as far as to get married, I want this to be my bouquet!” She reached out to me with the hand holding the vegetable, in case I wanted to take a better look or touch it. That would have make a good wedding bouquet, indeed. We went to pay. The man who had welcomed us earlier was making chit-chat with the clients as they were paying. He was so kind and grateful for us buying from his shop, I made a mental note to go there more often. It was one of those rare moments I dared speak Dutch. It was my way of showing gratitude. 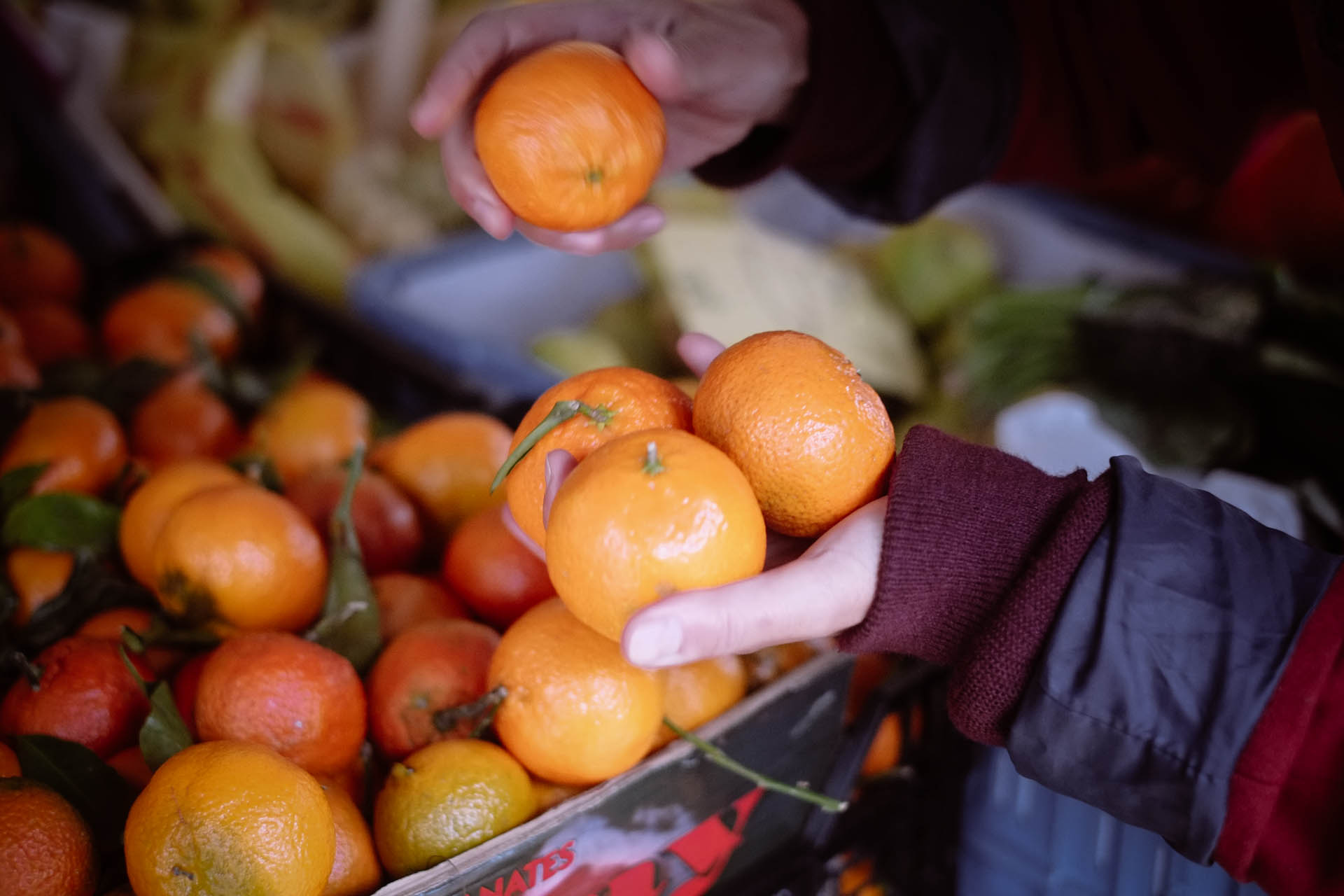 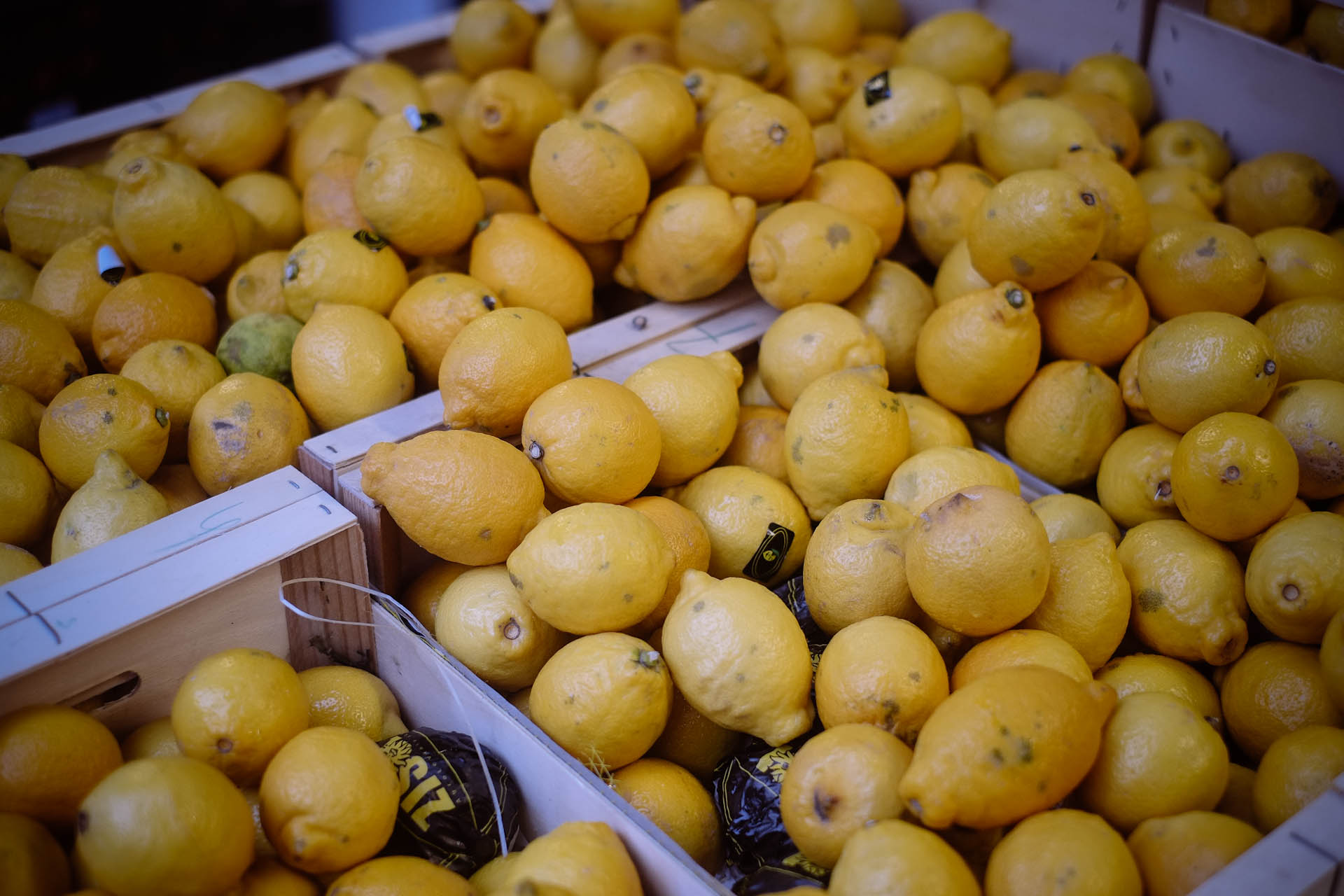 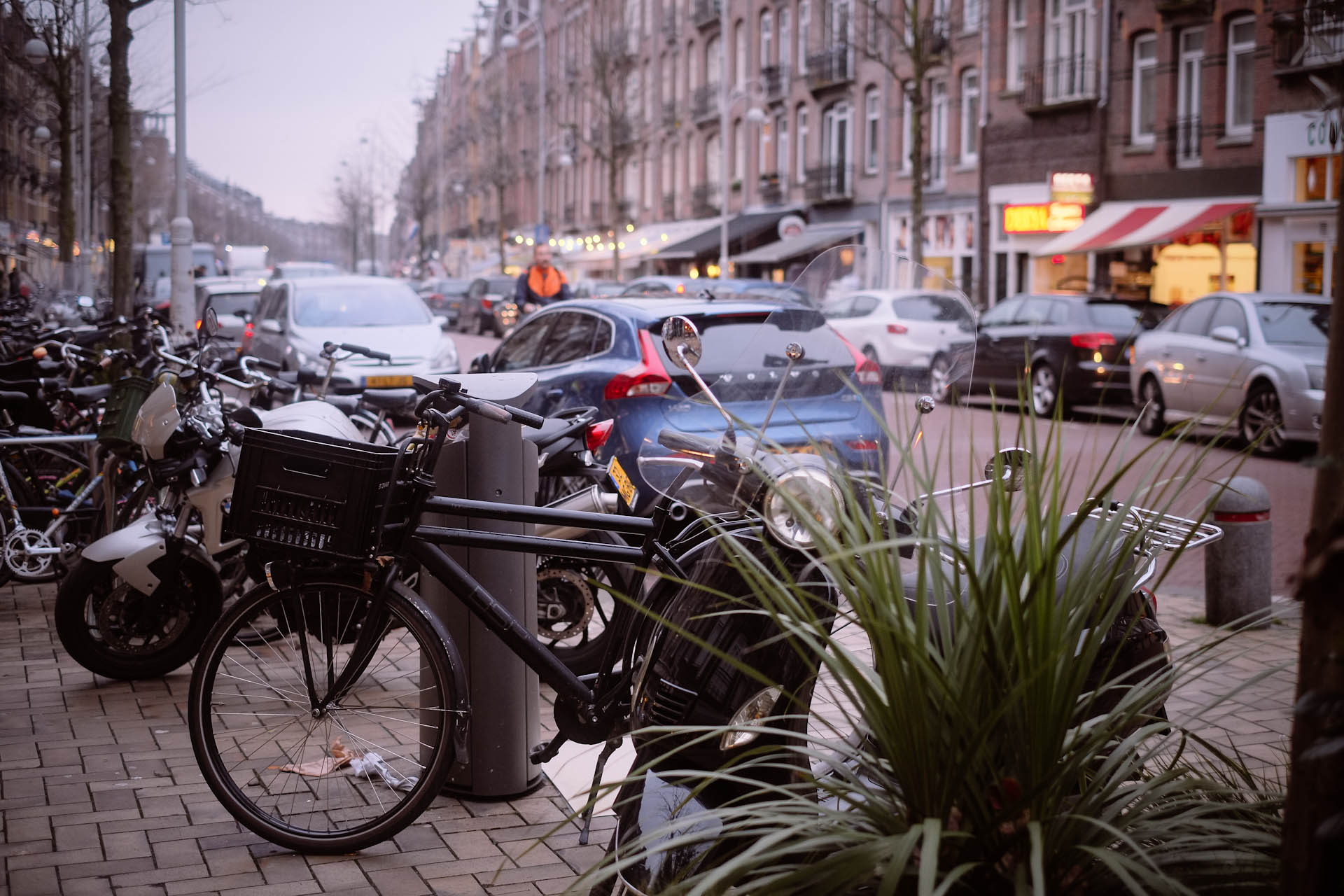 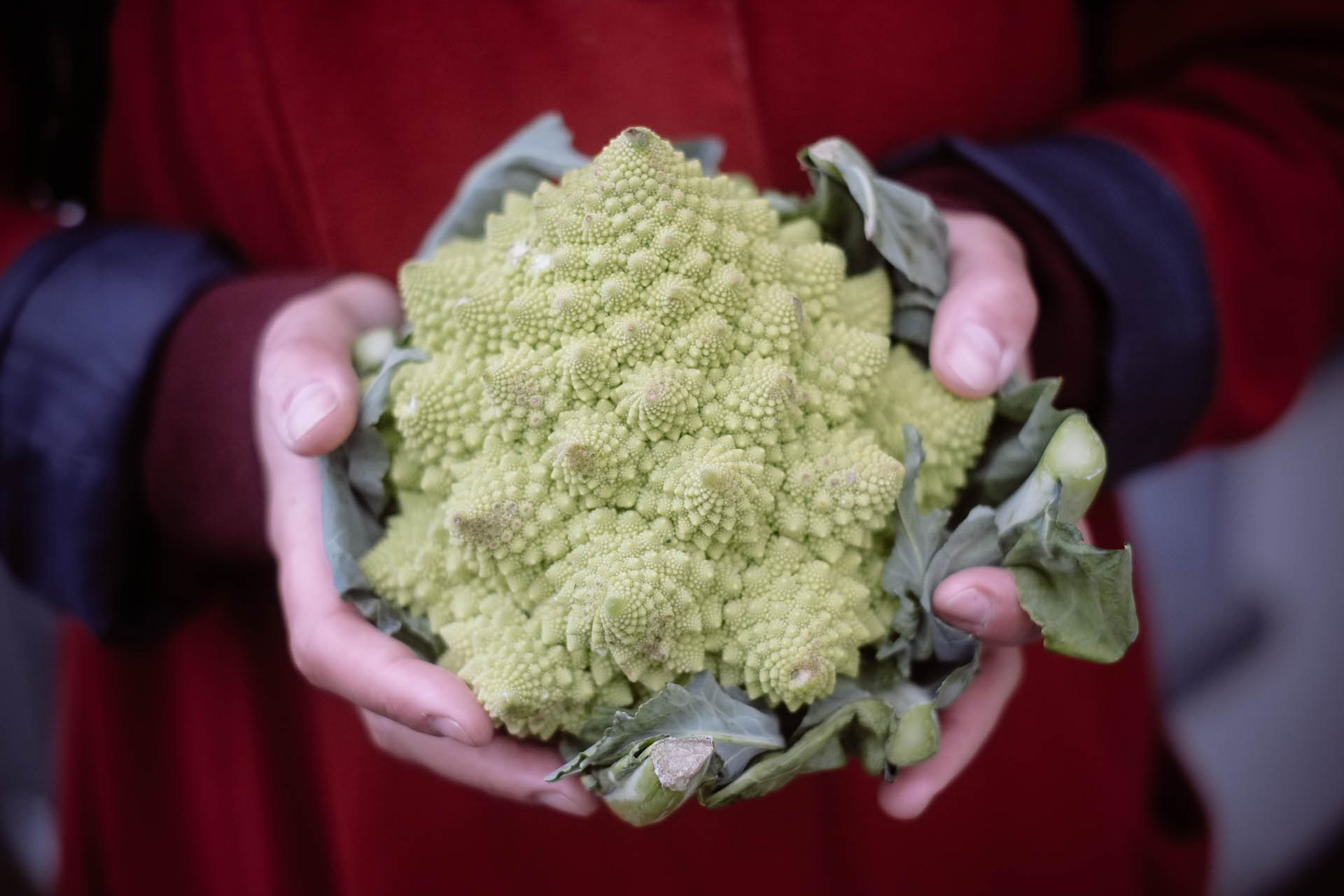 I hugged Ana goodbye in front of the grocery shop, then walked back home in the misty, purple light of the evening. Ana returned to Coffee Bru to pick up her bike, then went home to cook whatever her inspiration dictated. “I never plan what to cook. I just get the prettiest vegetables, then come up with something.” 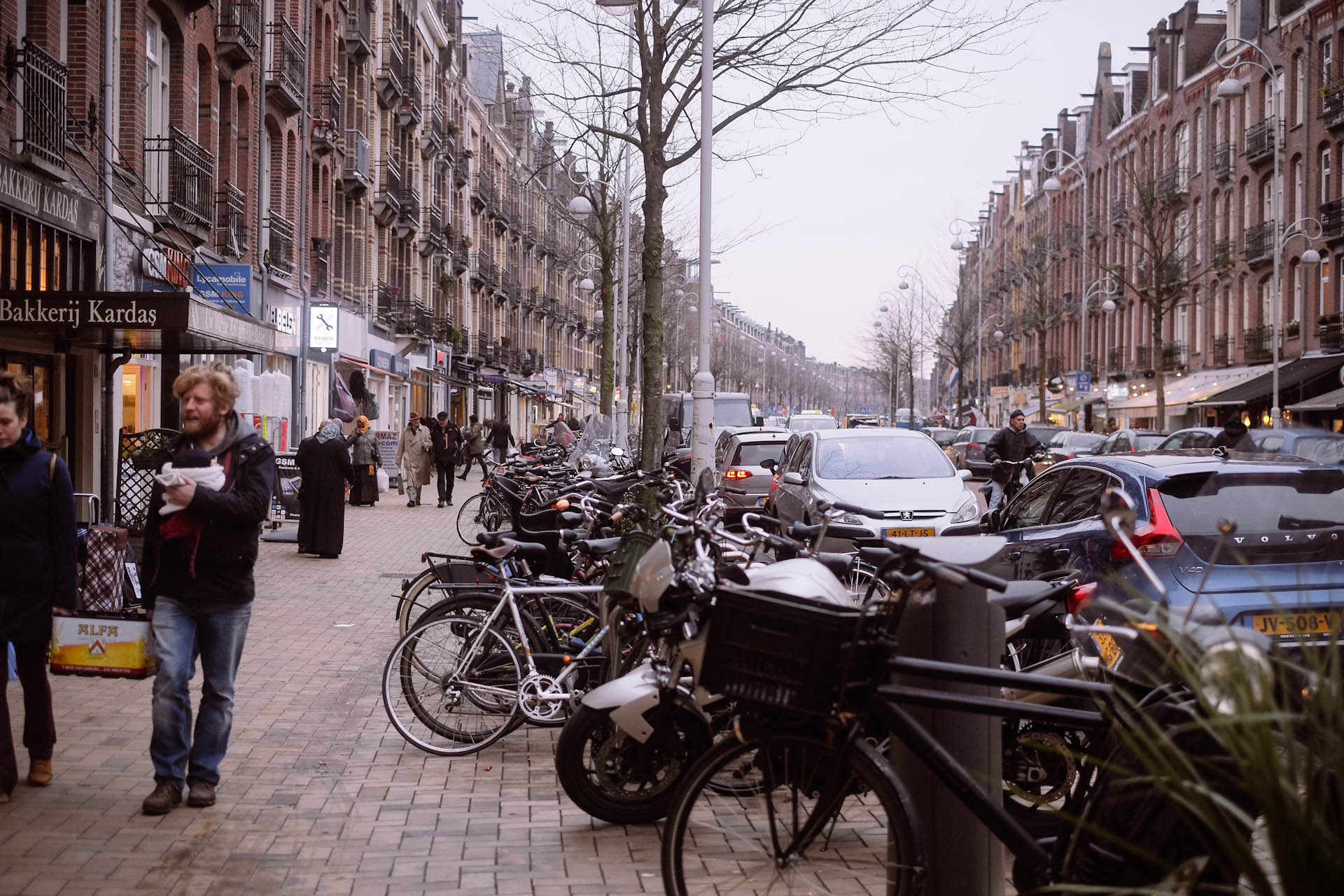