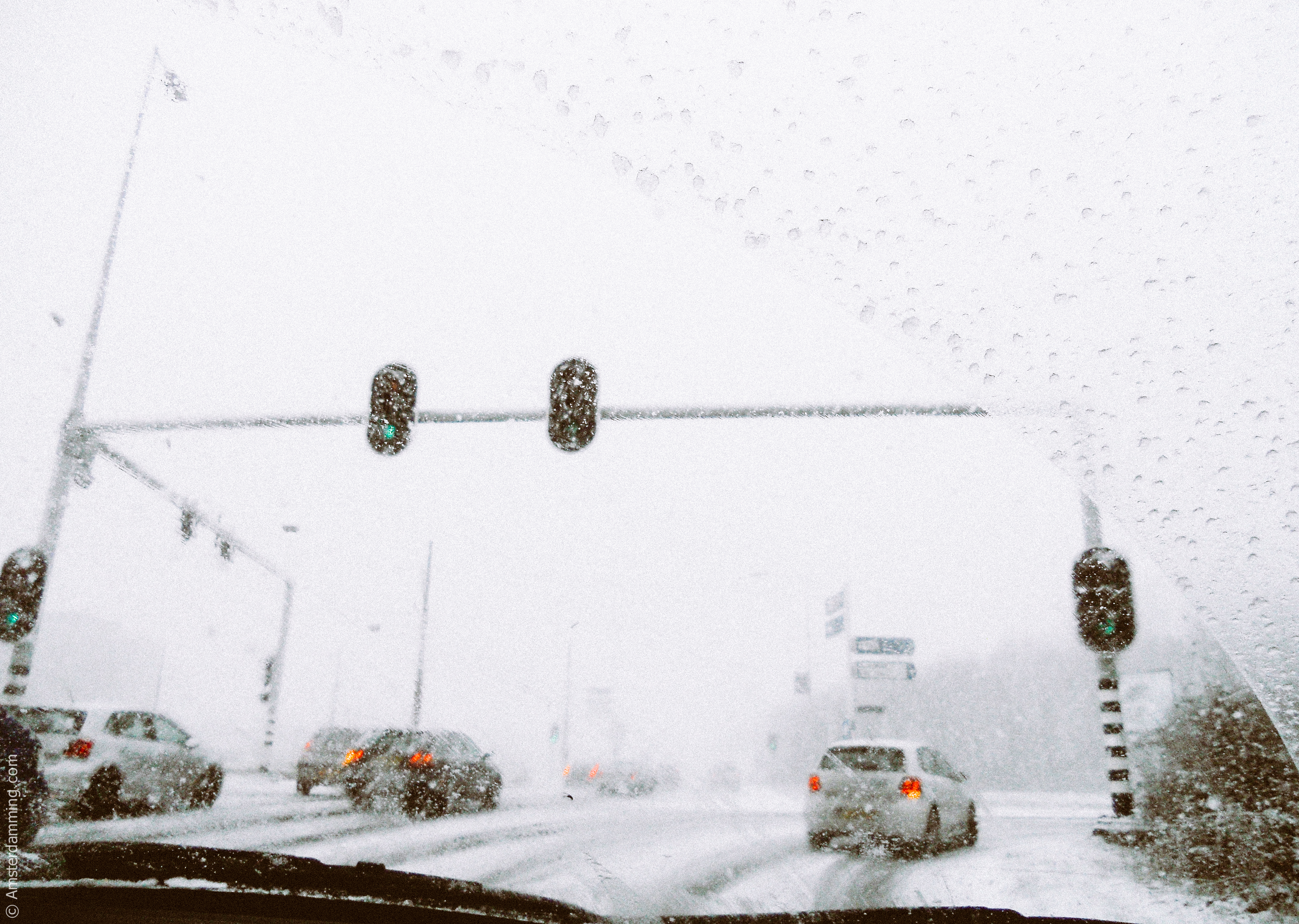 This time four years ago, I was at work-outside of Amsterdam- when I saw that it started to snow. Used to Romanian winters, during which snowfalls are something very common, I was barely impressed by the few crazy snowflakes hitting against the office`s window.

It didn`t take long for a colleague, who was living in Amsterdam as well, and quite close to my area at the time -Surinameplein-to raise from his desk, shut down his computer hastily, and grab his jacket from the hanger.

There was still a considerable time left before the end of business (two, maybe three hours), so I was hesitating, although it all sounded very tempting. That would have not only spared me -at least for a day- of the hassle of taking the train back home, but it also meant I would`ve had the chance to play in the snow before it melted away.

“Don`t tell me you want to spend the night here!”, my colleague went on. His laptop was already in his backpack, and the backpack on his shoulders.

He did sound serious and I could not believe that a few snowflakes had the power to make him so worried about this prospect. I though it all had to do with the fact that he was Australian. By contrast, us, Romanians, are so used to heavy snowfalls in winter time, we barely notice anything less than half a meter high.

My colleague then told me how the Dutch trains stop working at the first signs of snow and that I should really consider his offer of driving me home.

So I eventually said yes. I instantly felt as if back in school, skipping classes once again.

This is how I found Surinameplein, my street and my rooftop terrace when I returned! A winter wonderland. 🙂 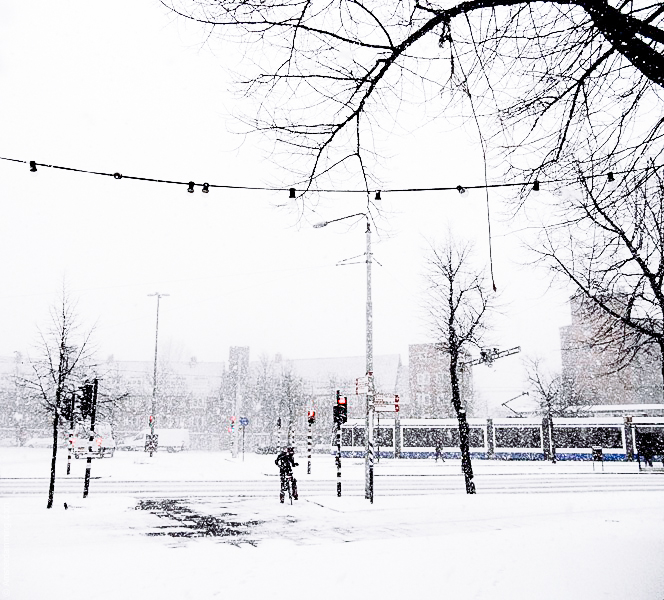 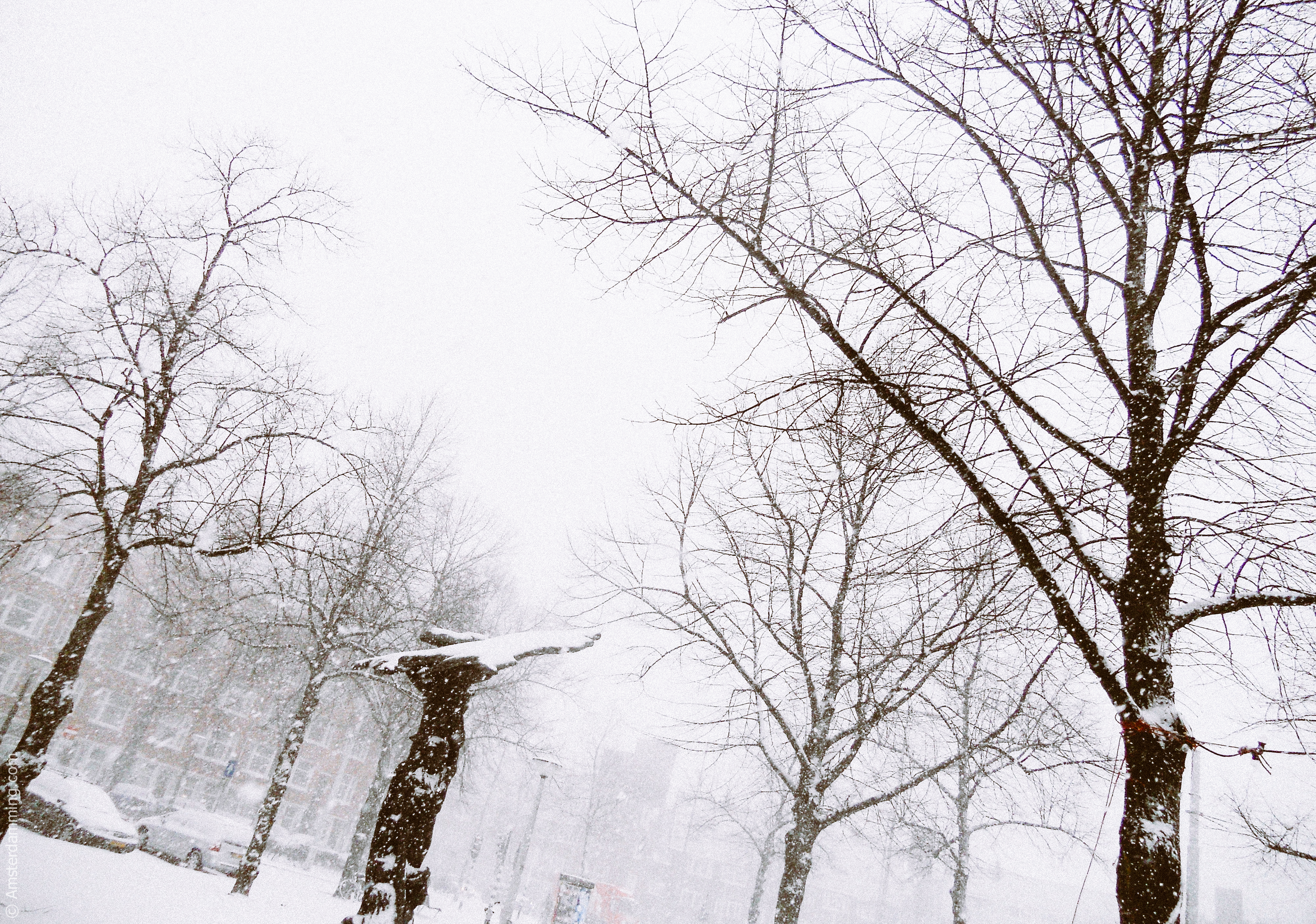 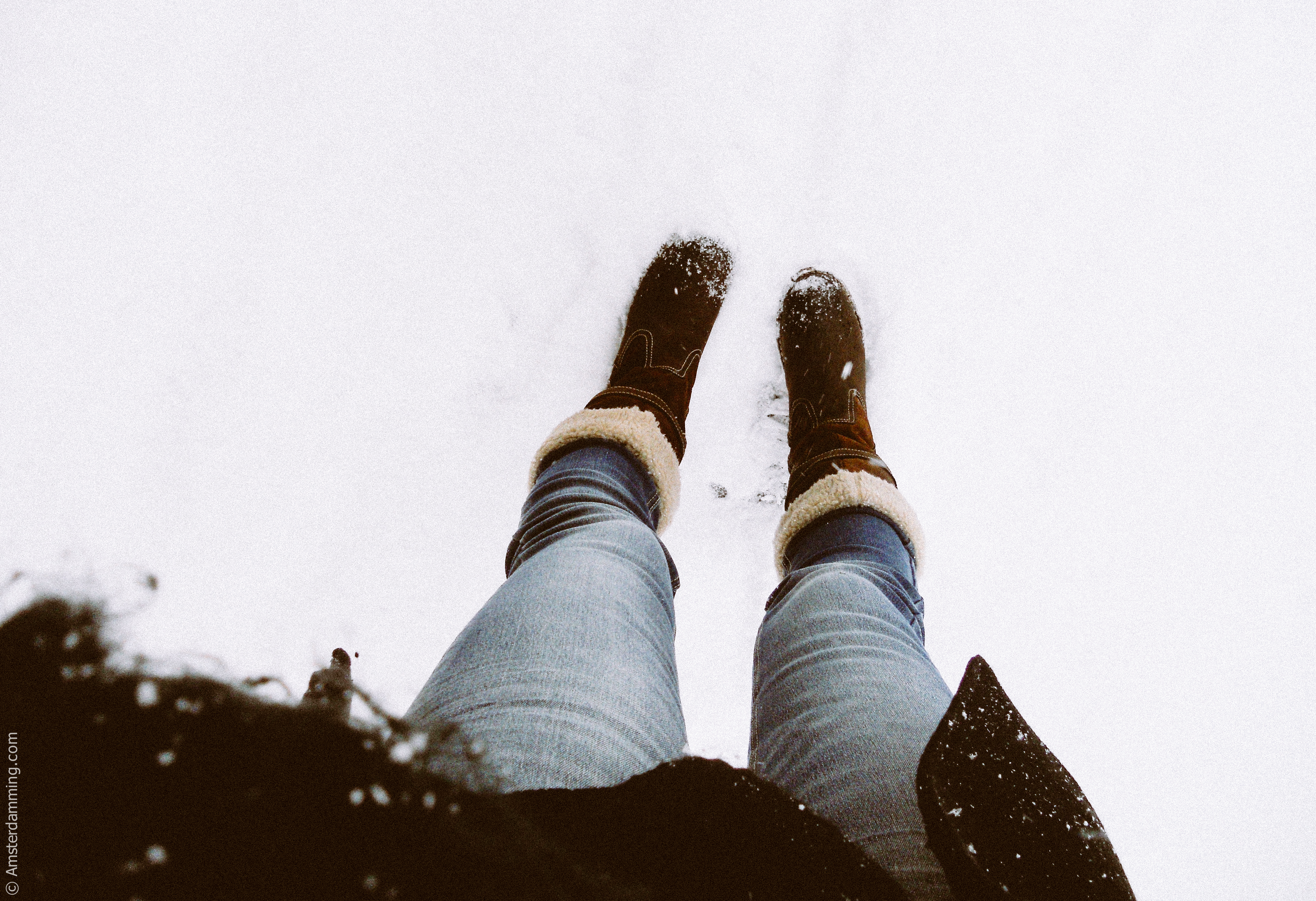 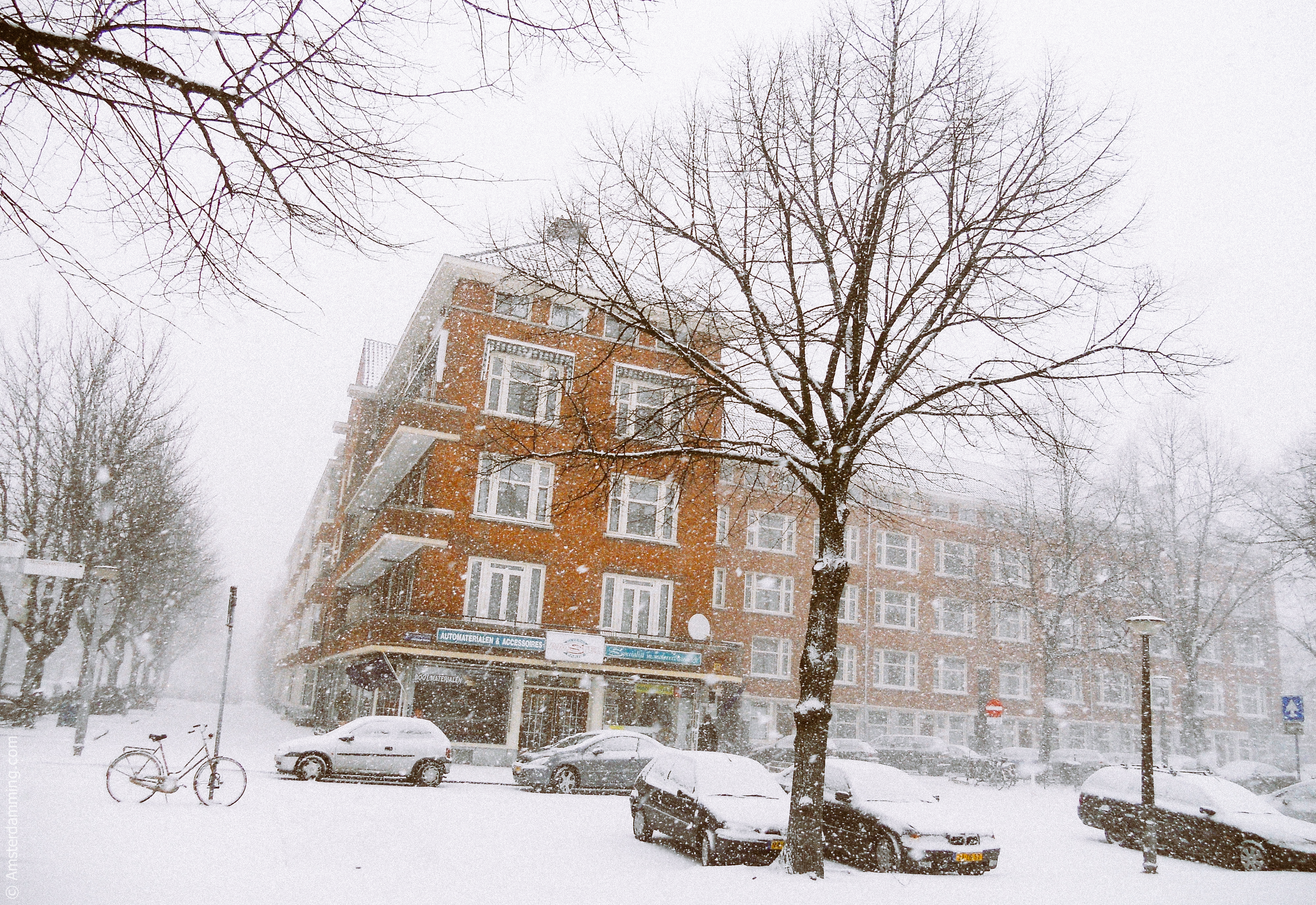 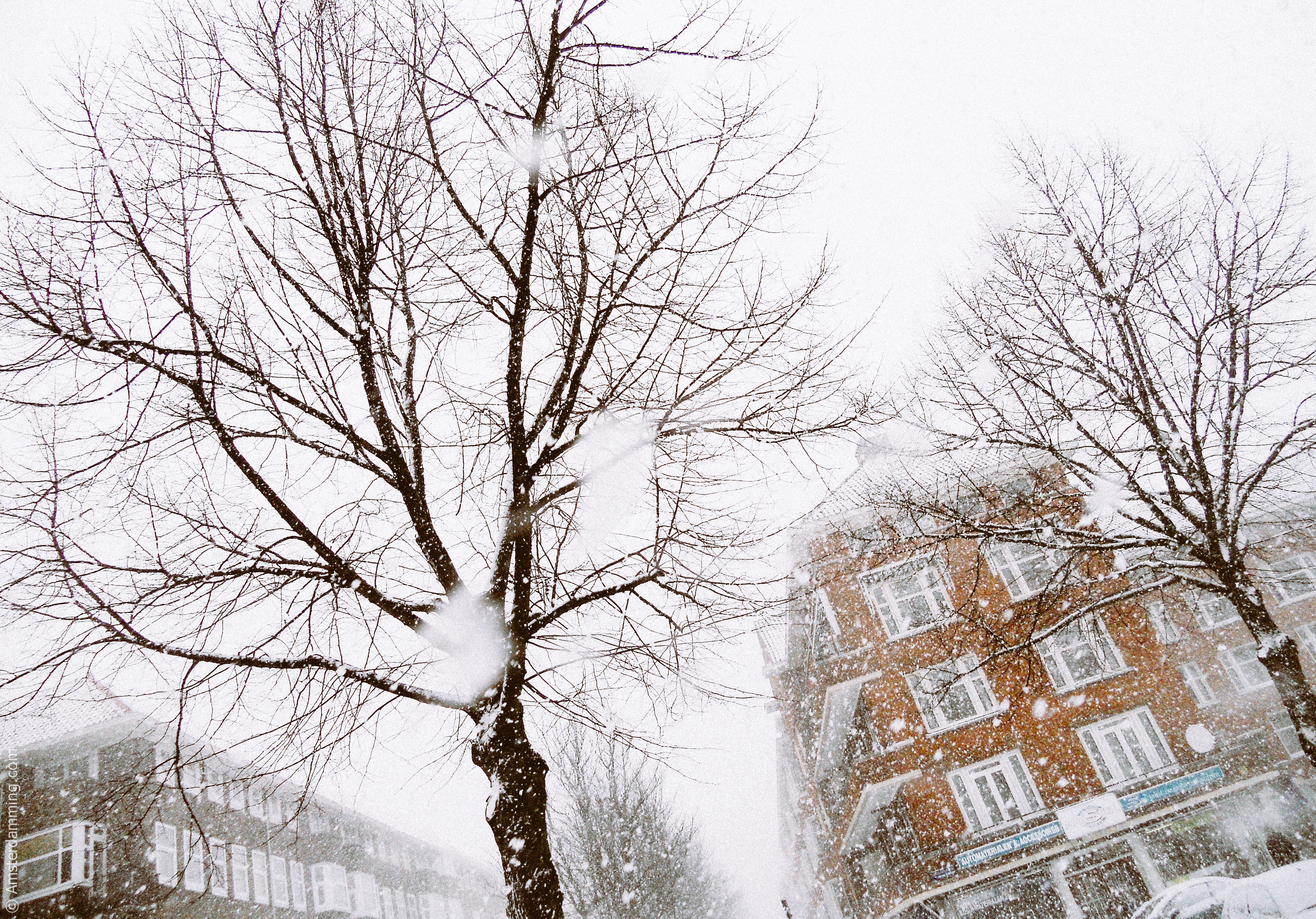 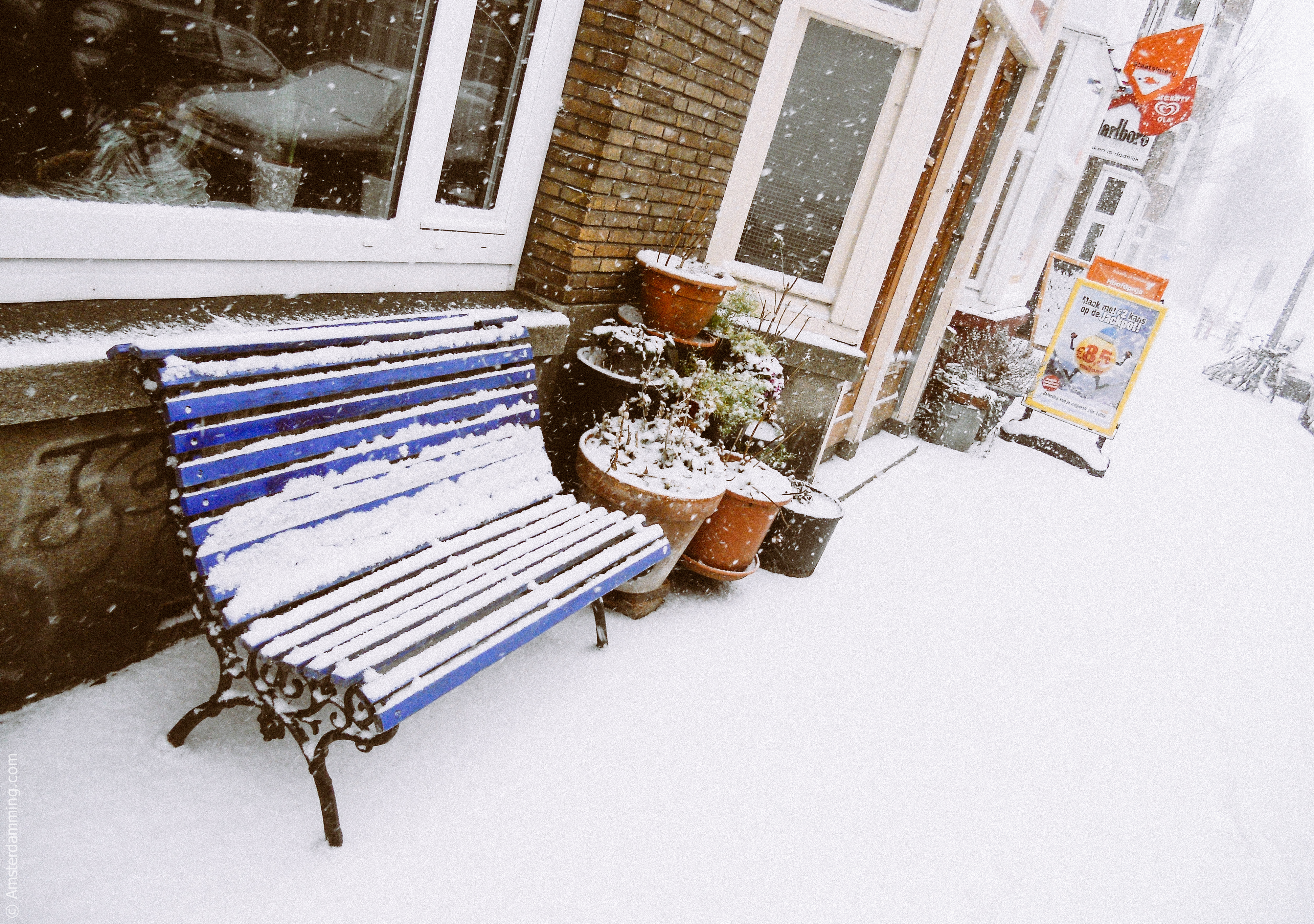 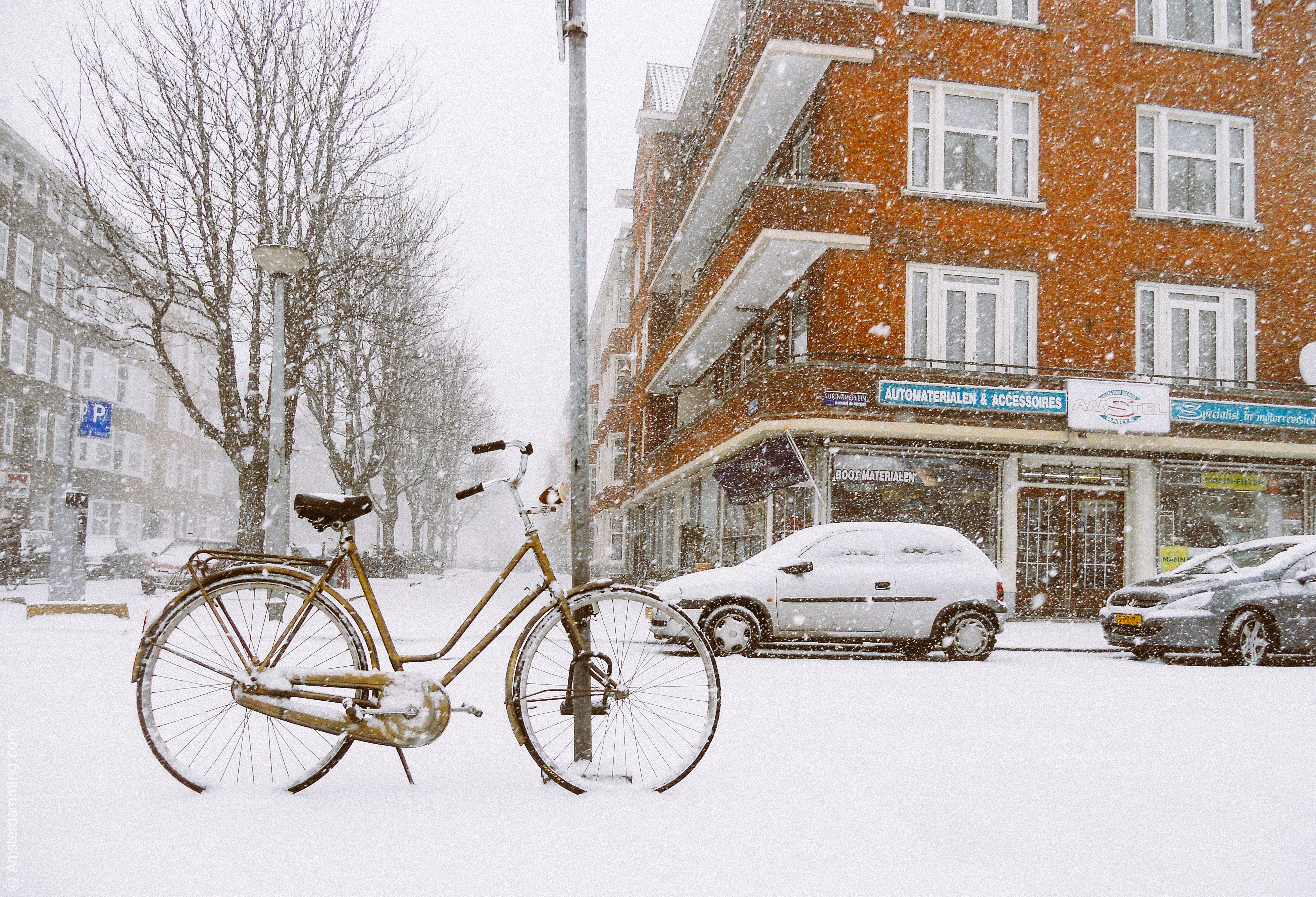 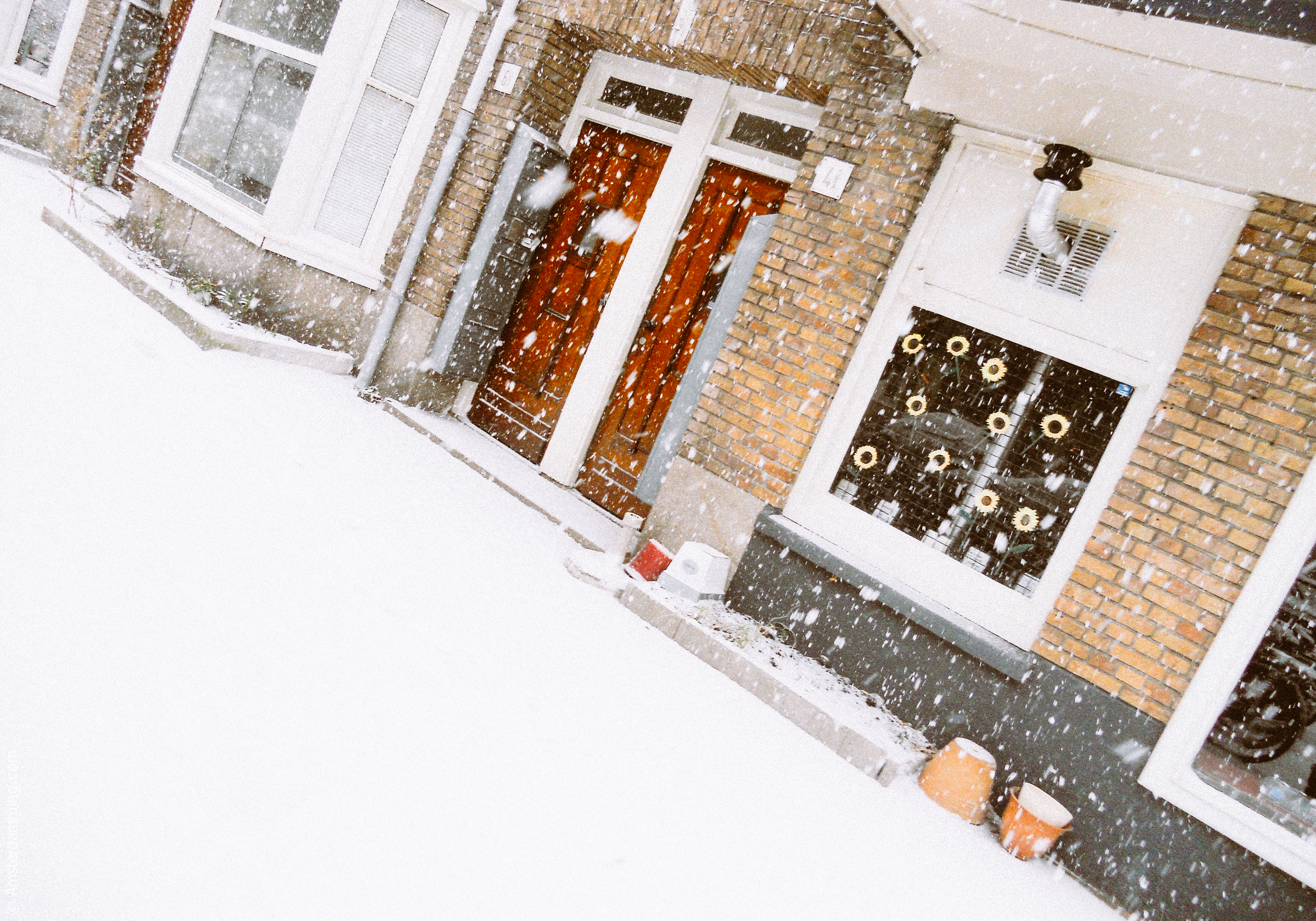 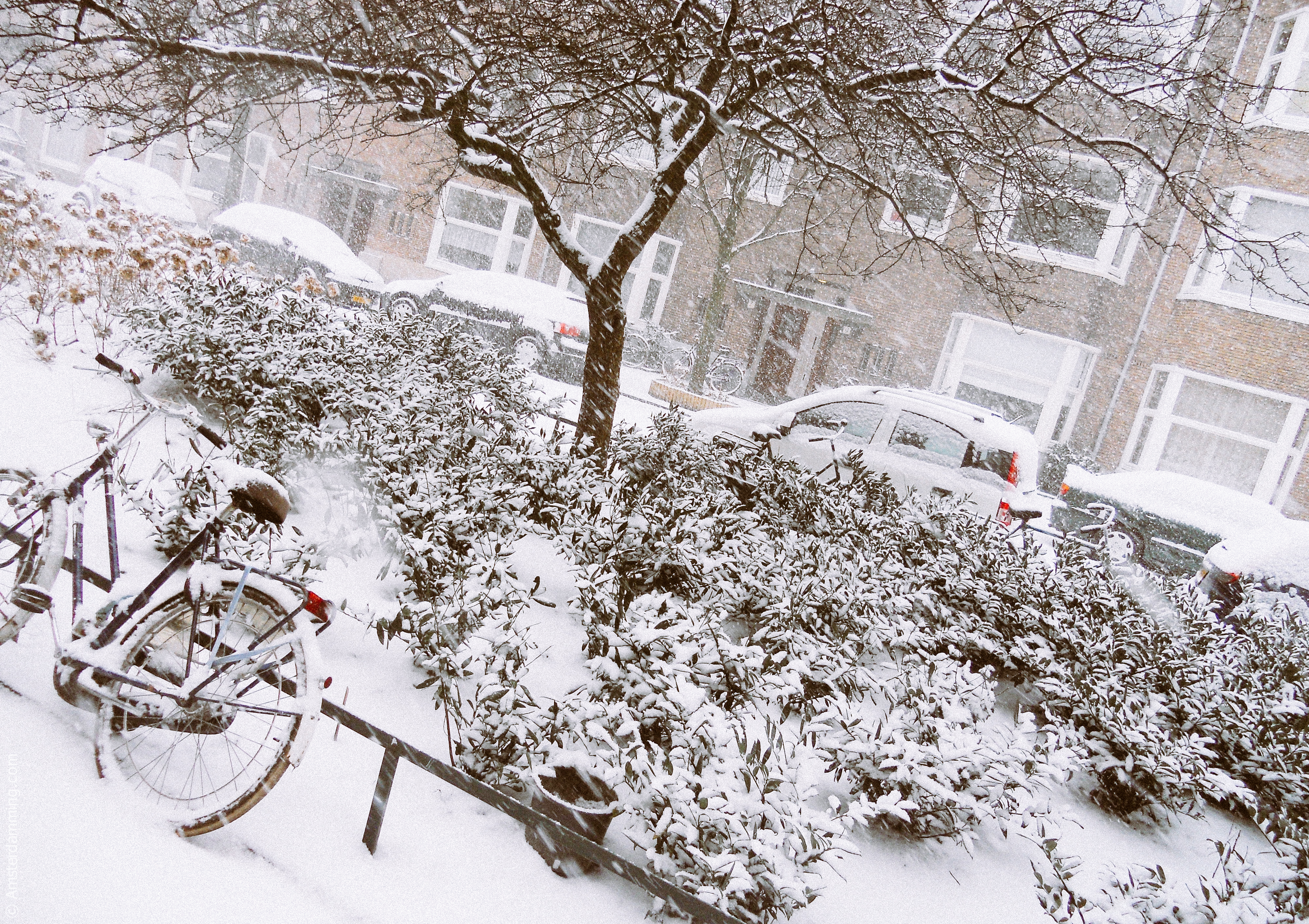 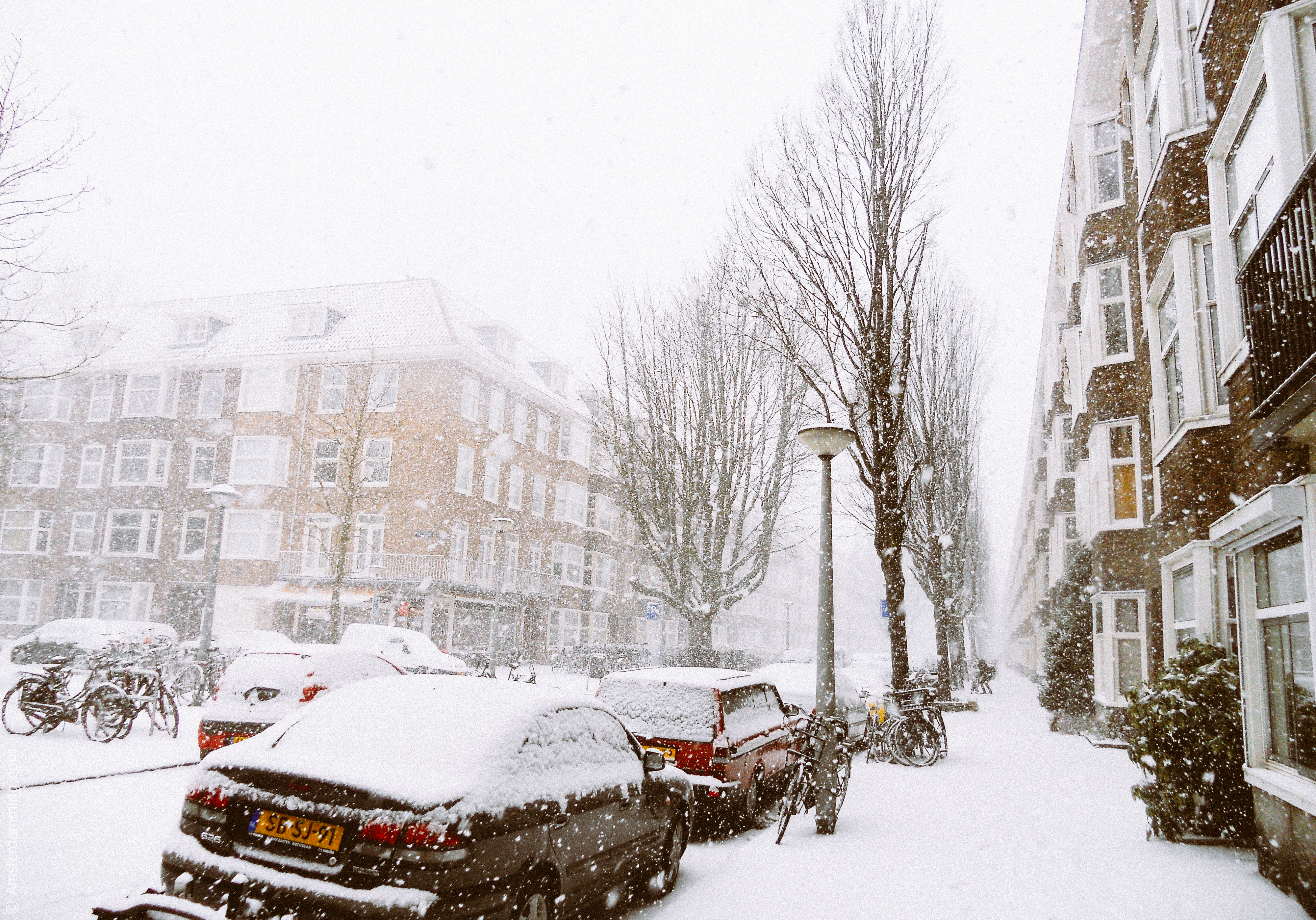 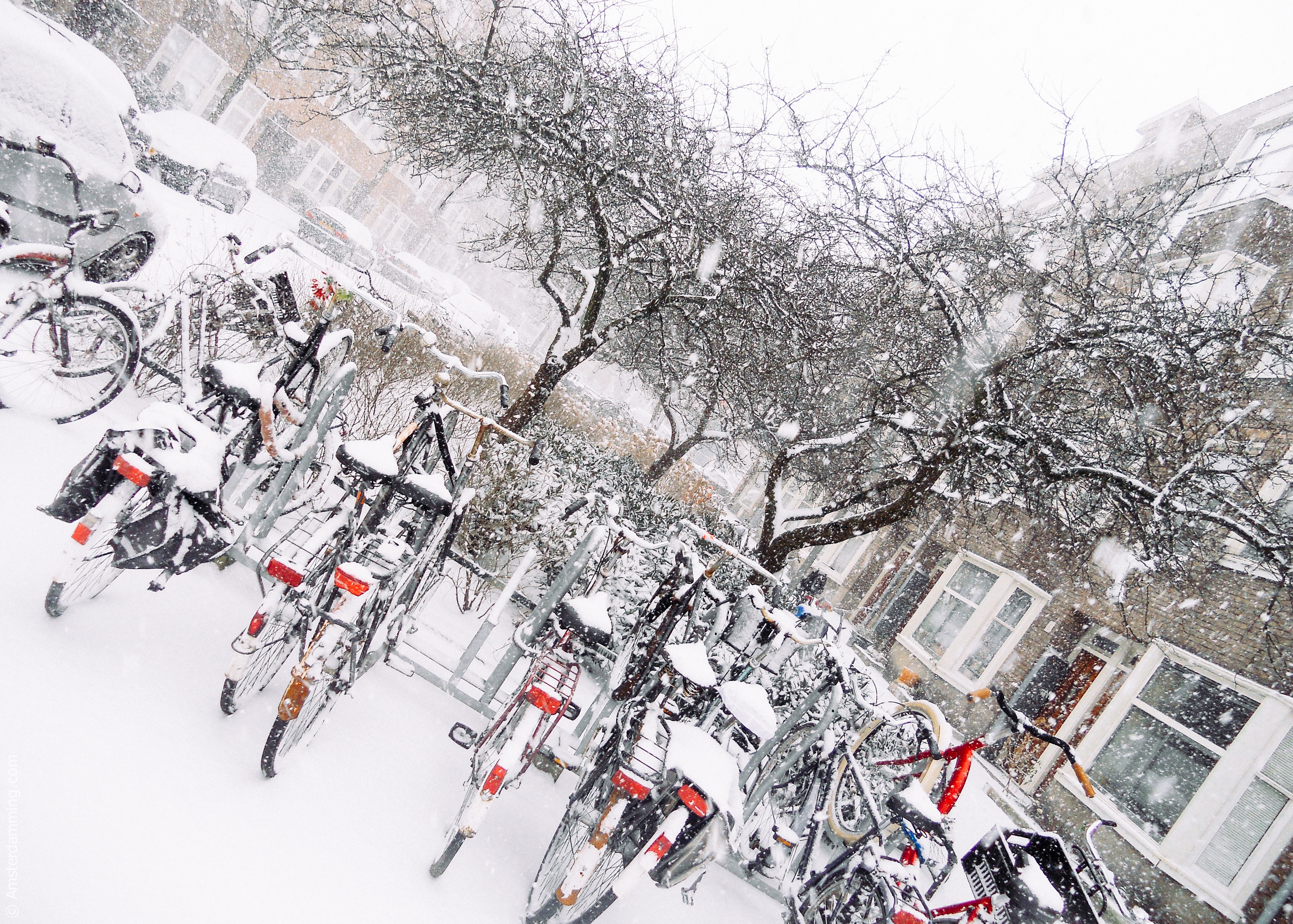 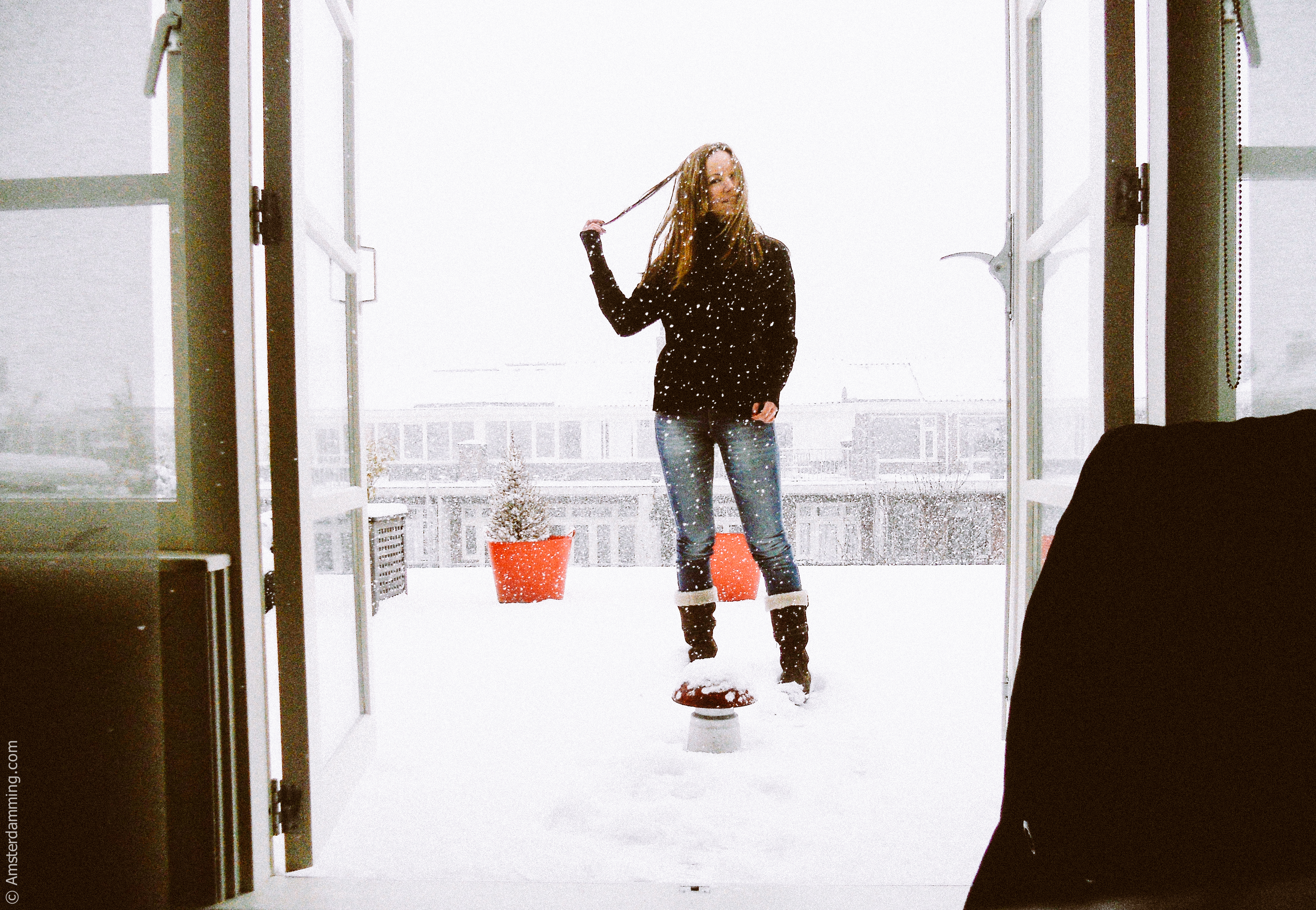 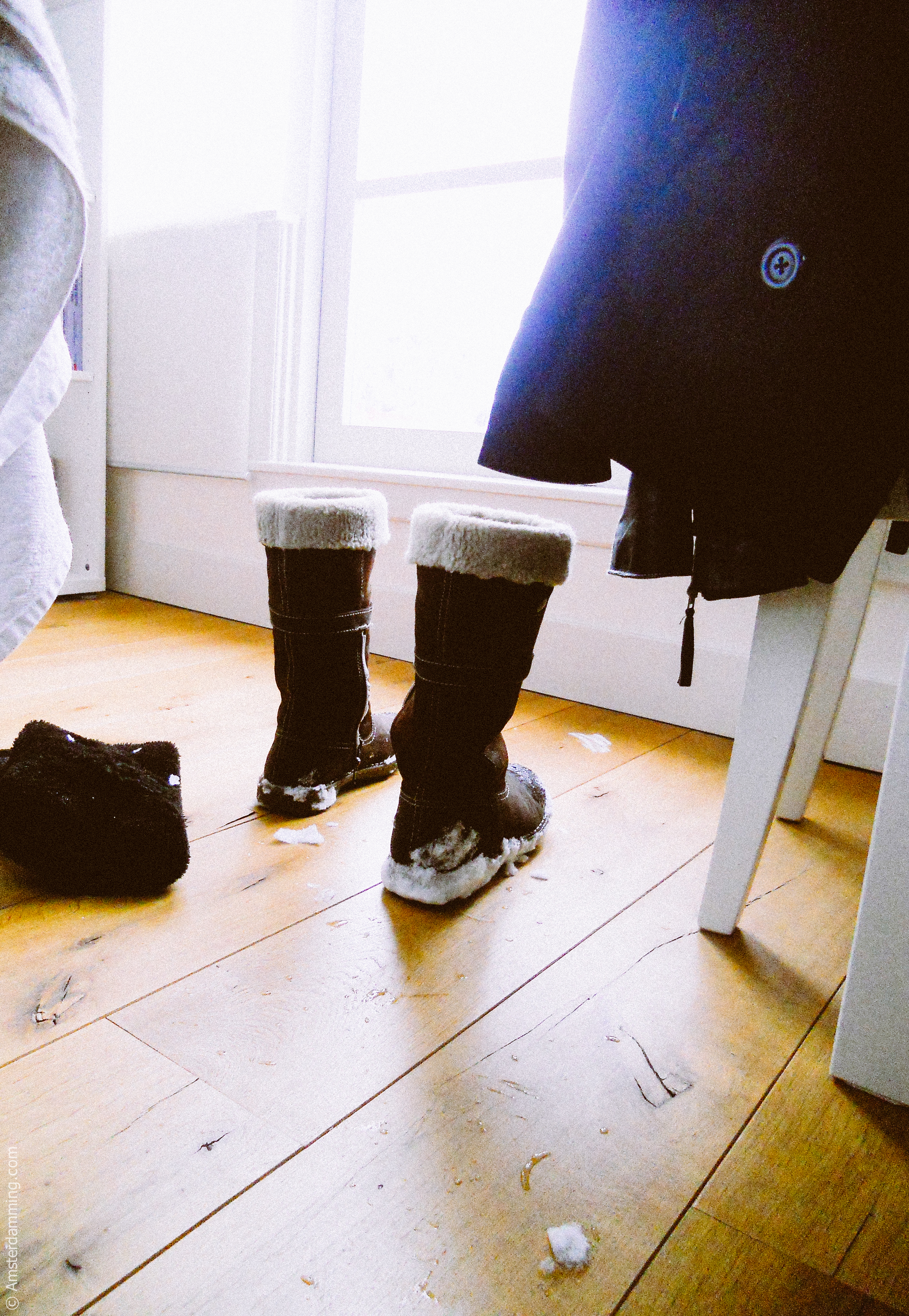 I still remember this day as if it happened yesterday. Where have four years go? Don`t ask me. 🙂

Amazing photos. Even thought the snow was not as bad this year I still found myself getting stranded up in the North of the country. I also had the feeling of skipping out of school.